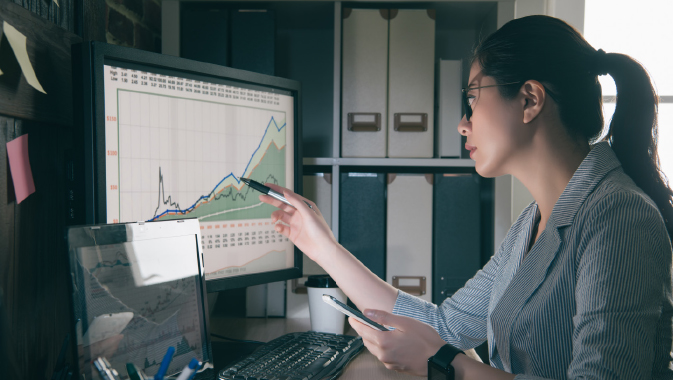 Polyplex USA, LLC is a new company with big ambitions and a focus on innovation, sustainability, and expansion.
~
Based in Decatur, Alabama, the company manufactures and distributes thin polyethylene terephthalate – also known as polyester or PET film – and metallized film for a wide variety of applications. Its film has been used in packaging chocolate bars, wet wipes and a wide range of other consumer and industrial products. Polyplex USA also operates a PET resin plant. This resin is primarily used for internal manufacturing and is not sold to outside companies.

Polyplex USA has a significant presence in the Decatur area and an impressive manufacturing capacity of 31,000 tons a year of PET film, 57,600 tons of PET resin, and 9,500 tons of metallized film.

Sarafil film is the brand name for its leading product line, made with PET and polypropylene (PP) resin. Sarafil base films are notable for being flexible, transparent, and strong but also lightweight. “Polyester films, which we brand as Sarafil films, go to two major segments: one is flexible packaging while the other is industrial,” says Polyplex USA President Amit Kalra.

Packaging includes bagged foods in stores and the wraps used to house chocolate bars while the industrial segment includes flexible air conditioning ducts, hot stamping foil, book lamination, and more. The company’s customers, for the most part, are North American-based.

Polyplex USA is the American-based manufacturing branch of Polyplex Corporation Ltd. of New Delhi, India. The parent corporation, which was founded in 1984, has become one of the world’s leading manufacturers of thin polyester film, among other products. It is a huge company with multiple manufacturing centers in different countries.

Polyplex USA’s roots can be traced to a joint-venture the Polyplex Corporation launched in 1996 in Fort Worth, Texas with Spectrum Marketing. At first, this joint venture merely warehoused and distributed Polyplex Corporation products. After noting the growing market demand for PET film in the U.S., a decision was made to establish an American manufacturing center. The end-result was Polyplex USA LLC, a firm which was incorporated in 2011. In April 2013, this new company started manufacturing thin PET film in Decatur. A resin plant opened in Decatur one year later.

On top of these moves, the parent company purchased the metallized assets of Georgia-based Vacumet Corporation in July 2012. These assets were soon transferred to Polyplex USA operations in Decatur.

As with any fledgling company, it experienced some growing pains. “There were challenges with manufacturing in the U.S. Costs were higher than what we had anticipated and what we were spending in other parts of the world. Converting customers from our overseas [manufacturing] plants to our U.S. plants took about two years,” says Kalra. He stresses that Polyplex USA is “a totally independent operation.”

The corporation also has manufacturing operations in India, Thailand, and Turkey. A new manufacturing site will be opening soon in Indonesia. “Each manufacturing unit is run very independently,” notes Kalra.

At present, Polyplex USA has roughly 180 employees, a number which has held steady for the past three years. When the company does hire new staff, it has a very clear idea of the kind of workers it wants.

Hourly employees need to pass background checks and are also given aptitude tests, “to make sure the people are the right caliber,” explains Kalra. Hourly workers who meet these standards then undergo a training period that can last for a few months. The company has two full-time trainers in charge of new hourly staff until they are ready to work on the shop floor, says Kalra. Salaried staff receive mostly on-the-job training.

“We’re looking for people who have the attitude and the willingness to work long term with us. We’re not investing in people who have short-term career ambitions,” states Kalra.

“The way we are structured, we believe the operators who are making the product are [ultimately] responsible for quality,” says Kalra.

The quality assurance department meanwhile, trains people and conducts audits. “They randomly pick up a sample from production and see whether the operator did the right job or not. If he or she hasn’t, we go and talk to them. The basic responsibility of quality is for all the people who make the product,” states Kalra.

He adds that upholding high standards is tied in with the company’s focus on lean innovation. This approach involves looking at ways to improve operations, determining then implementing best practices, and developing new markets and products. “We try to put ten percent of our sales every year into new customers and new products.”

Gaining access to new markets “is an on-going activity on our end, especially around high-end applications of polyester films. There are certain applications which are very niche and very difficult to make. Our intent is to get more and more of those [applications] into our portfolio.”

One new market in which Polyplex USA is highly interested centers on touchscreens in laptop computers, iPhones and other electronic goods. Such screens utilize polyester films. A present, the company does not manufacture polyester film for touch screens but would very much like to. “Companies like 3M or DuPont are strong in that arena. Our goal as an organization is to get there,” says Kalra.

Eliminating waste is another central component of the company’s lean innovation approach. This means embracing the ‘3R’ concept of reduce, reuse, and recycle and trying to make manufacturing operations as efficient and productive as possible.

Sustainability is another company goal that is closely related to the focus on innovation. “We have what we call biodegradable polyester film, which is made domestically in the United States,” says Kalra.

The company was also involved in providing film used in the packaging of Snickers Duo chocolate bars. The packaging contains two separate bars. The idea is, a consumer can share the contents or eat one bar then twist the packaging to keep the other bar fresh for later.

“Rather than adding a zipper or a very complex solution to preserve the second bar, you can just twist the film, and it stays twisted [and preserved]. This is a perfect example of lean innovation,” states Director of Sales and Marketing Manav Singh.

Polyplex USA has also provided films for the product packaging of some types of wet wipes, adds Kalra.

There are only a relatively small number of companies that supply the raw materials and chemicals that the company requires to produce its resins. While it does not have a huge range of vendors from which to choose, the company does keep particular qualifications in mind when selecting suppliers.

“We look for stability; we look for quality. We are not in the business of changing things too often because that affects the overall quality of the products we make. We believe in consistency over anything else,” says Kalra.

As for promotion, Polyplex USA has not been too aggressive in undertaking marketing and advertising efforts, admits Kalra. “I think most of our growth would have been based on word of mouth and our performance with our customer base. Having said that, over the last couple of years, we have tried to get more active on social media including LinkedIn, which we are using as a tool to reach out to our customers. We also participate in some trade shows.”

Some of the main challenges facing the company include the cost of doing business and a shrinking potential labor pool. The latter is a problem facing manufacturers nationwide, as unemployment rates plunge.

“Being in the U.S., you always have to be very conscious of your cost structure. In general, raw materials are more expensive here … Safety aspects [in manufacturing facilities] are far higher in the U.S.,” states Kalra. Also, the availability of good manpower has become a concern over last few months as the unemployment rate has come down. Retaining good manpower will be a challenge going forward.”

However, he does envision a bright future in terms of both Polyplex USA’s domestic operations and global reach. In fact, he sees it expanding quite a bit. The company envisions opening a new production facility in Decatur to achieve this growth and complement its existing operations.
If all goes to plan, the new plant should be up and running “three years from now … It takes about a year to a year-and-a-half to build. Since [Polyplex Corporation is] adding new capacity in Indonesia, the next go-around [of construction] should be in the United States,” says Kalra. 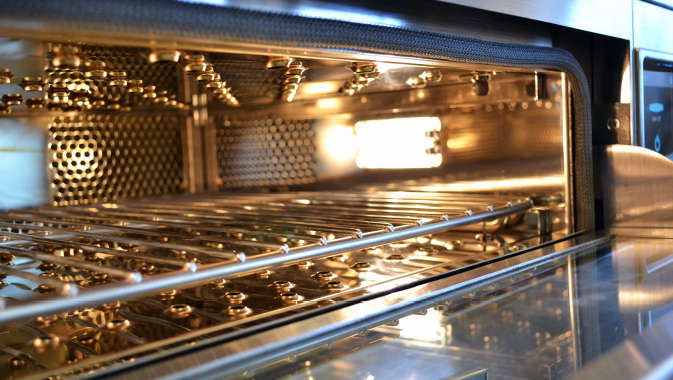 The Fastest and Most Efficient Ovens, Worldwide