Blazing a Trail in an Emerging Market

In April of 2014, Business in Focus wrote about the marijuana dispensary, incredibles. This socially conscious entity started with the goal to make medical marijuana its primary market but has branched out into recreational use as well. We caught up with Founder and President Bob Eschino.
~
When we last spoke, incredibles was the largest distributor of edibles, winning multiple awards for its efforts. However, despite being in business for eight years and having an exemplary record, there are always hurdles to jump. The company takes its position seriously and has been a part of pioneering efforts to ensure that rigorous testing is done and standards are met. It spearheaded CBA’s Edibles Counsel and helped found the Colorado Cannabis Chamber of Commerce – C4, and it continues to lead the way as the industry shifts gears.

incredibles is still the number one chocolate supplier, but as it pertains to edibles, it has dropped to second place as it had to remove products from the market due to regulatory changes in the state. Regulations are always changing around edibles, so the company’s gummy products were off the market for a year while it redesigned them to be compliant with the new marking requirements.

“It took nine months for the rebuild, and extractions account for twenty-five percent of our income. We shut down in August of 2017 and reopened in June of this year. That said, we are up eleven percent over last year’s revenue, and the extracts line is coming back, so we expect big things for the second half of 2018,” says Bob.

incredibles has a host of new products being introduced to the market, and that includes a Wellness line designed for patients. It consists of formulations which the company’s partner, Derek, has been using for decades. Items like tinctures, bath salts and suppositories, along with a pain stick for topical application that is being released in July, are among the company’s new product lines, although the recipes have been around for some time.

“Almost everything on that Wellness line has CBD added in different ratios. We are really proud of the Wellness line, and it has only been out for six to seven months,” says Bob.

New pressed tablet products have come out with mint, cinnamon, and a variety pack of fruit flavors. There is also a watermelon version with two milligrams of CBD and two milligrams of THC. There are versions with one milligram of THC dose and 10 milligrams of CBD, perfect for bedtime or for people just starting to explore cannabis medicinally or recreationally. The microdosed products are perfect for consumers just entering into the cannabis market who aren’t looking for an intense psychoactive effect.

The gummy line has been back on the market for almost a year. It was the fastest growing product on the market last year, and includes a microdosed gummy, a 1:10 Watermelon version.

“The market pushed us out of those arenas early because everyone started out wanting to get as high as possible. Now, we are bringing it back and educating people. Nowadays, people are using the one to ten milligram ratio like an aspirin. It’s a matter of daily maintenance,” says Bob.

It is interesting to see the market shift to a point where the initial exuberance of legal cannabis has worn off. The Colorado market is maturing, and incredibles is updating its brand and branding and coming out with new packaging for chocolates. The gummy products and extracts are being rebranded also. It is the first foray into concentrated marketing with a healthy investment. The last eight years have seen incredibles put out a good product, but marketing has at times taken a back seat. “Luckily our reputation backs us up. We sometimes lose that first sale, but people keep coming back,” says Bob.

New chocolate boxes were ordered and will be available in early July. The process took over a year to complete since manufacturers have so many issues with design and sealing. It has been frustrating for incredibles, but everything is coming to fruition. New gummy and mint packaging is out now.

“The plan was to make it look more national as we are in four states. We pulled out of California, as we are looking for a licensed manufacturer. Presently we are in Nevada, Oregon, Illinois, and Colorado, but have fourteen active licensing agreements in negotiation. We could have another ten states in the next twelve months,” says Bob.

For eight years, the progress in the industry has been indisputable: $1.5 billion has been taken out of the black market, and thirty thousand jobs have been created in Colorado alone, not to mention ancillary companies that do business with incredibles and other firms.

“They just had the largest contribution to the school system in huge part because of cannabis money. It’s doing what it is supposed to do. Crime, teen use, and DUIs are down. We don’t get credit for the positive impact the cannabis industry has had, but the industries against decriminalization have deep pockets,” says Bob.

These industries stand to lose money should decriminalization happen. In Arizona, pharmaceutical company Insys Therapeutics put $500,000 into killing adult use with its donation to fight legal cannabis. The company is the maker of a fentanyl-based prescription painkiller. For-profit prisons would also lose money as fewer people would be incarcerated for marijuana charges.

“The prisons should be empty, shouldn’t they? It seems counter-productive, but once you add a profitability aspect, you lose control because shareholders want to make money,” says Bob.

In 2017, policy makers changed the environmental regulations surrounding extraction, particularly dealing with hydro-carbons. The new rules were more stringent than at the federal level, and this became an issue for businesses in Denver. As a result, many extraction areas were shut down.

incredibles had to shut down its extraction booth for nearly a year to rebuild and meet the new regulations. Now, incredibles’ Extractor has been granted patents on its extraction technology and the company currently manufactures some of the finest extraction equipment in the world.

“We are peer reviewed and approved in fifteen states now. It’s a great piece of equipment, but we are not really pushing it now. It would give the competition an advantage, so we have slowed down on who we sell to,” says Bob. Two to three extraction machines are being sold per month by word of mouth, but the company’s primary business is still edibles and extracts.

Growth is taking place because incredibles is doing the right thing, according to Bob. It makes good product for patients and consumers. Quality and consistency are crucial.

“In everything we do, we want to make sure that we are proud to sell it. The people in Colorado have come to expect that. Therefore, everything we bring to market takes off so quickly!” says Bob.

Expansion into other states is fraught with difficulty as each one has its own rules and regulations. “Other states are starting where we started and ignoring eight years of experience bashing our heads against the wall to get everything into place. Every state wants to do it differently with compliance, potencies, marking, stamping, and manufacturing. It makes everything more difficult than it should be,” says Bob.

Bob says that the most arduous and difficult aspect of expansion is making sure that everything is done legally. California has been quasi-legal for over twenty years, but is currently stuck in a quagmire of inefficiency. It is a total mess, in a state that should be the beacon of light for the industry.

There are still problems with 280E – the tax regulations that make it difficult for cannabis companies to deduct expenses from income – as well as banking issues which effect employees, and general financial woes that have been present for eight years. Legislation was drafted that would grant access to funding and create the possibility of these companies being publicly held.

“We educated all the congressman and senators. We had the bill passed, and as the governor was driving off on vacation, he vetoed that bill. That was two weeks ago and was a huge blow to the companies here in Colorado,” says Bob.

The normal business tools are simply not accessible. It is still hard to get financing and capital, and incredibles, along with other companies are growing so fast. Despite this, Bob believes that things will hopefully change sooner than later at the federal level. He also truly believes in what incredibles is doing.

“We are helping people. We see it every day, and that is what keeps the fires burning for us: that we see miracles daily,” says Bob. 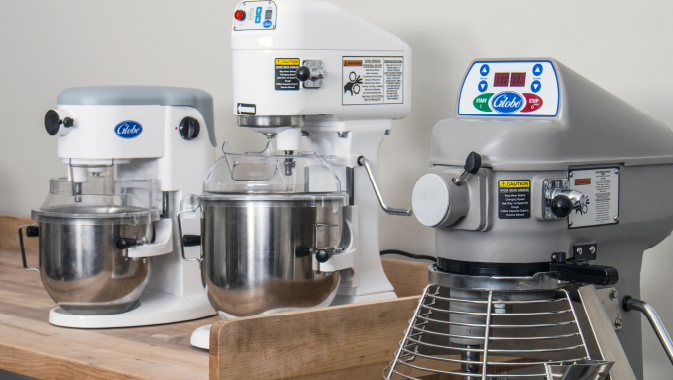 Blazing a Trail in an Emerging Market