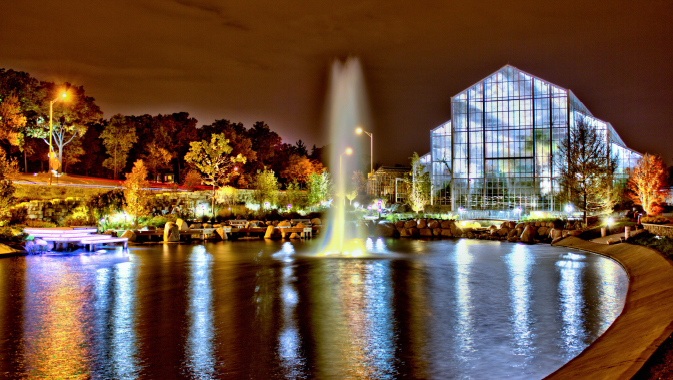 Rockford, Illinois is a city located in the western part of the greater Chicagoland area. It represents one of the largest communities in the state of Illinois outside of Chicago and is known for its history of manufacturing, particularly in aerospace. Within the Rockford region there are over 90 companies tied to aerospace and within a 90-minute radius there are over 250 aerospace-related companies.
~
Its advanced manufacturing capabilities are a component that the Rockford Area Economic Development Council routinely markets out to the world. “We oftentimes use the tagline, ‘Every System, Every Aircraft,’ because if there is a commercial plane flying in the sky today, it has parts on it manufactured or designed right here in Rockford, Illinois area,” says Nathan Bryant, the president of the Rockford Area Economic Development Council. “It is a source of pride and a source of opportunity for us.”

The economic development council cultivates new opportunities for business development in the area using a unique approach. For many years, it has recognized that a critical part of its success is its skilled workforce, and it has focused heavily on the workforce development, and this is a substantial advantage for Rockford when looking to retain business or attract new companies.

For example, it works directly with its high schools to prepare academy models to ensure that the high school system feeds specifically targeted academies that pair together with the industry needs in the region. “When the community needed mechanical engineers to support our aerospace businesses, we went out and built a mechanical engineering program that partnered locally with our junior college and one of our closest four-year institutions to build a four-year engineering program in Rockford, Illinois,” says Nathan.

The two post-secondary institutions it works with are Rock Valley College and Northern Illinois University to create the NIU Engineering @ RVC program. The value for students is that they can receive their degree for around $40,000 total compared to the much higher costs of a university. It is the same education at a different price.

Rockford raised 7.5 million dollars of private investment for the mechanical engineering program, and the benefits of the program are significant for students and businesses alike. During the sophomore or junior year of the program, students are guaranteed to interview for a paid internship with one of the engineering companies in the Rockford area. When students graduate, they are guaranteed to interview for a full-time position in mechanical engineering with a company in the region. There are also many scholarships to support these students throughout the program.

The Rockford area helped to develop a similar program for the healthcare industry. When the community needed enhanced programs for registered nurses, they came together and built a program for it, again at Rock Valley College, building a 117,000 square-foot health science facility. The University of Illinois College of Medicine at Rockford also now offers a four-year program leading to the MD degree. The healthcare organizations in the region collectively invested 1.5 billion into the medical professions in Rockford to improve the area’s healthcare industry across its four hospital systems: Crusader Community Health, Mercyhealth Hospital, OSF Saint Anthony Medical Center and SwedishAmerican Hospital. The investment went toward modernization, expanded facilities, the development of new services and the construction of new facilities that draw in services from a broader regional perspective.

Some of the largest employers in the area are in advanced manufacturing and aerospace, including UTC Aerospace Systems (UTAS) and Woodward, Inc. The hospital systems also employ many people in the area.

Rockford attracted aviation company AAR Corp to the Chicago Rockford International Airport. AAR Corp is the largest airplane maintenance repair overhaul company in the United States and it is the third-largest in the world. “In order to attract them to our airport, which can land any airplane in the world, the region, led by the airport, put together a nice incentive package, built brand new hangers for them and we guaranteed them the labor that they needed,” says Nathan.

Rockford assured the global company that it would have the five hundred A&P mechanics that it needed by installing a training facility with an educational partner directly next to the hangers. The Federal Aviation Administration (FAA) issues airframe and power plant (A&P) certification to qualified, trained mechanics in the field.

“If there is one thing we do better than anyone, it is put together direct paired industry workforce opportunities with our companies, be it for an attraction and/or supporting what we have here today,” says Nathan.

“When we are looking at marketing our capabilities as a region, showing and demonstrating a concentration in advanced manufacturing that is tied together with critical parts in the aerospace industry is a good opportunity for us as we move forward as a region,” says Nathan.

The challenges for the Rockford region are fundamentally no different than the challenges presented in front of any other Midwest city. There is an outward migration of population from almost every Midwest city going to other places in the country that have natural amenities such as beaches and mountains.

“There is an appeal toward the coasts, but this challenge is also a big opportunity. When you talk to larger corporations who have a presence in multiple places on the coasts, in the mountains and in the Midwest, and they are looking at quality of labor, oftentimes you will hear that the Midwestern values and ethic towards work are drastically different than in other places,” says Nathan.

IndustryWeek ranked Rockford fourth in the top ten best places to work in manufacturing. One of the reasons it is a good location for manufacturing is that, as a part of the greater Chicago market, it can transport product in any direction efficiently by air, rail or road. Its airport moves products very easily, and all the interstate systems run through Chicago, feeding the rest of the country in every direction. It also sits in the concentration of rail lines in the Midwest.

“The seven major Class 1 Rail lines are not far away from our region. Logistically it is positioned in a great spot in the Midwest for manufacturing businesses,” says Nathan.

The population of Winnebago County is 300,000 and Rockford is 150,000, and its location in the greater Chicago market gives it access to a much larger population nearby. Thirty-five miles to the east, between Rockford and Chicago, there are many commuters who historically have been commuting into Chicago. In the last ten years, this trend began to change, and many of those commuters changed direction with the quality employment options in Rockford that are tied to aerospace, mechanical engineering and healthcare. With the combination of its population and the commuting options, the available workforce in the Rockford region swells to almost 950,000 people.

“We get a lot of influx of folks who live in the other suburbs of Chicago and drive to Rockford for work because they were already accustomed to long commute times and it is much easier to commute toward our region as opposed to the mess of Chicago,” says Nathan.

The unemployment rate of fewer than five percent paired with the highly commutable workforce is a great quality for business. The lower taxes for businesses in the area are another incentive.

Rockford has a thriving and revitalized downtown area to which the community contributes greatly. On any given night in the summer months, there is something interesting to do on the riverfront downtown for people of all ages.

A new Embassy Suites Hotel and convention center is under construction in Rockford, which will contribute to the already successful sports tourism in the area. Rockford is the location of first-rate sports facilities provided by the Rockford Park District and promoted through the Rockford Area Convention and Visitor’s Bureau (RACVB). “RACVB is regularly attracting sports tournaments. Rockford has historically been a big soccer community. At one of our facilities, we draw in over three million people on an annual basis just to that facility alone,” says Nathan.

One major facility is the Mercyhealth Sportscore Two complex which has both indoor and outdoor soccer fields, with natural turf and synthetic surfaces. These are full-sized soccer fields and can bring in almost any sporting event to Rockford.

Rockford experiences event-based tourism with such happenings as the Stroll on State that takes place on the Saturday following Thanksgiving. It attracts 80,000 people and kicks off the holiday season with a fun, community celebration. The streets are closed, and a variety of local vendors set up shops.

“We seek out opportunity, pick ourselves up by our own bootstraps and propel ourselves forward, whether that it is in the workforce or the healthcare industry or even sports tourism and quality of life components,” says Nathan.

The Rockford region’s advanced manufacturing and engineering businesses should not be overshadowed by larger cities like Chicago. The dedication of the Rockford Area Economic Development Council to workforce development programs that support its industry needs will make sure of that. “We are focused on primary jobs that are good for today, tomorrow and in the future. That’s where we invest our time, energy and effort.” 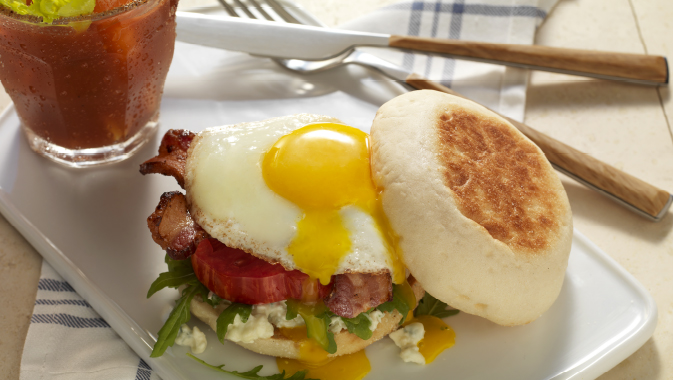