The Risks of Drugs and Alcohol in the Workplace 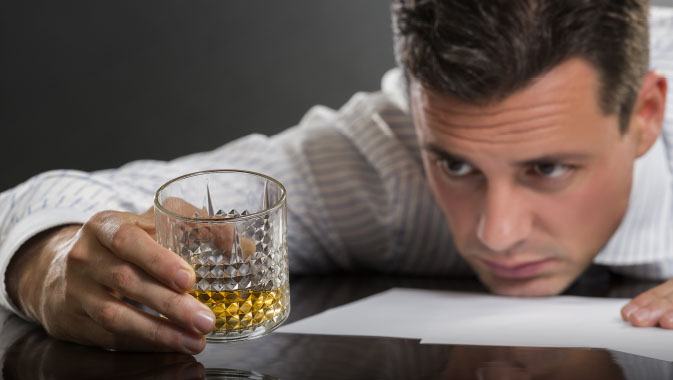 From white collar offices to blue collar manufacturing and everything in between, workers worldwide deal with stress every day. Some are able to handle it through positive outlets like exercising, hobbies, socializing, or spending time with family, while others unfortunately turn to drinking or drugs.
~
While alcohol and drugs already present challenges to companies as it is, many businesses are sitting on pins and needles over the proposed legalization of recreational cannabis use in Canada, which some view as adding yet another layer to the issue of substance abuse on the job.

Some mask their dependence on alcohol and drugs in the workplace in secret, while others are more open. It is an often hidden epidemic affecting employees of all ages, genders, races, and income levels. Long gone is the misguided belief that only lower-income workers make up the majority of drinkers and drug users – a fallacy – and studies show that certain professions are more prone to substance abuse than others. Although a number of factors are at play, including gender and location, the type of work itself often is important when examining dependence.

Among the highest-risk professions are health care professionals. An estimated 10 to 15 percent of doctors, nurses, pharmacists, and others in the medical field will abuse drugs at one point in their working lifetimes. Working very long hours under stressful situations, on their feet for long periods, physicians and nurses are surrounded by painkillers and anaesthetics on a regular basis, making it that much easier, and more tempting, to use them on themselves.

Along with medical professionals, workers in other industries are also prone to stress, depression, anxiety, and isolation, which can lead to substance abuse. These include sales – often volatile – law enforcement (police, court and corrections officers), and bar and restaurant workers, with estimates stating up to 80 percent of male restaurant staff, and 64 percent of females, have issues with “hazardous drinking patterns,” according to a report in the American Journal of Drug and Alcohol Abuse. As with physicians and nurses and their ready access to drugs, bar and restaurant employees are often in the proximity of alcohol.

Other industries also rank high for substance abuse, such as construction and mining. In some cases, individuals affected psychologically are not stressed from being around co-workers per se, but rather feel the effects of isolation. Vulnerable sectors include forestry, farming, and fishing, where men and women are, literally, out in the field by themselves, sometimes for months at a time. Feeling alone, some use alcohol to combat depression.

The shifting face of dependency
Substance abuse trends are not static, but change over time. Illicit drug use in the United States, for example, decreased slightly between 2008 and 2012, and alcohol dependency rose during the same period. The reasons for over-consumption in physically demanding sectors like construction are similar to those found in mining. Working below ground digging, or high atop a skyscraper under construction, staff are subjected to dangerous situations. Additional stress factors come from being away from family – which happens with workers on remote construction sites or oil rigs, for example – and functioning under dirty or hazardous conditions. Due to the physical and emotional toll this type of work takes on staff, some drink alcohol as a way to deal with pain and stress.

While some will approach their doctors for prescriptions to deal with physical and/or emotional pain, others will ignore workplace stress until it becomes overwhelming, and choose instead to self-medicate. Instead of being assessed by a physician and prescribed drugs for anxiety or depression, individuals who self-medicate don’t see a doctor, and sometimes receive unverified ‘advice’ and information online. Making a self-diagnosis, these men and women will eschew medical professionals; instead, they purchase over-the-counter medications, which can be deadly if used improperly or if mixed with alcohol. Self-diagnosis and the belief that the non-prescription medications they are taking are somehow helping them to cope leads to undesired consequences ranging from dangerous drug interactions to dependency, organ failure, or accidental overdose. And like drugs, alcohol is often used as a temporary solution to relieve deep physical and psychological issues.

Drug and alcohol testing
An often contentious issue, alcohol and drug testing is a subject which arises often, especially after a workplace-related incident has taken place. Varying from one location or country to another, workplace health and safety initiatives, especially testing employees for substances, are often a slippery slope owing to human rights considerations. While it is widely accepted today that companies having a drug use program in place is beneficial for employees, increasing safety and the positive reputation of a company, some hesitate to take part for fear of losing their jobs. And though the tests for substances are usually minimally invasive – requiring nothing more than a hair, saliva, or urine sample taken before someone is hired, randomly, or after a workplace incident – some workers feel their privacy is being invaded.

It is essential for companies in some sectors – construction, for example – to have drug and alcohol policies in place for the safety of all staff, including those who appear to be directly influenced by substances. Of course, in the name of fairness, it is irresponsible for employers to assume a worker is under the influence, when he or she may be affected by other issues such as stress, depression, anxiety, or fatigue.

Handling fatigue and stress
While addressing drug and alcohol dependency on job sites remains an issue, the risks associated with showing up to work tired or stressed out cannot be underestimated either. Being exhausted manifests itself in different ways that can come across as being intoxicated or even under the influence of drugs, such as showing up to work late or being inattentive. And for employees suffering from fatigue, and those working with them, the risks can be just as dire. While some believe downing cup after cup of coffee helps, the caffeine often means workers end up just as tired as before, but jittery on top of it. Being overtired or stressed can be catastrophic, and whether it is fatigue, alcohol, or drug abuse affecting employees, it is important to appreciate and address the underlying issues which led to the problem in the first place.

To combat these issues, it is important for employers to have drug and alcohol policies in the workplace. These policies must not only be comprehensive, they must be clear. In order to be effective, all cases of suspect abuse or impairment need to be addressed on their own merits, as a “one size fits all” approach simply does not work. In Ontario, for example, local health units assist and work with businesses through the Safe Workplace Ontario certification program. A third-party health and safety certification program for all businesses in the province, the Occupational Health and Safety Act requires all businesses to create a written OH&S policy, which must be reviewed at least once per year.

Ideally, these OH&S policies should be unique to the company itself, and not merely cut-and-pasted from existing workplace policies. Employers should let workers know health and safety guidelines are being created, and be open to input from staff. And most important of all, these policies absolutely must be enforced – there is no point in having one if it is not implemented and taken seriously by everyone. Additionally, with the great likelihood of the legalization of recreational marijuana at some point later this year in Canada, and the number of states in America which have loosened laws regarding cannabis consumption, OH&S polices will need to be updated and revised to meet current situations.

While the risks of drug and alcohol use may seem like an uphill battle, it is up to all businesses to address the stigma and get professional help for their employees who may need it. 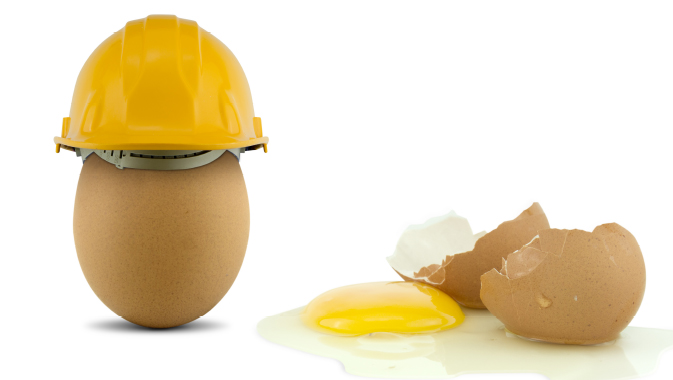