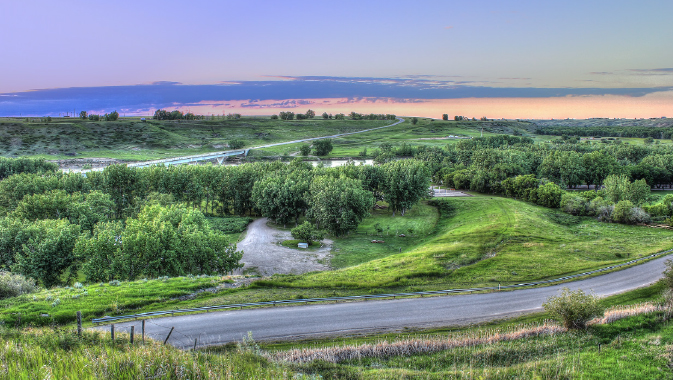 Taber is an interesting place for many reasons, not the least of which is that it collects more sunlight than almost anywhere else in Canada. This spot in Southern Alberta is also known as the Corn Capital of Canada, having one of the largest corn festivals in the country.
~
Agricultural opportunities abound, with wind and solar power producing many jobs and industries. We spoke with Economic Development Officer Ben Young and Communications and Projects Coordinator Meghan Brennan.

Taber’s story began in the 1890s, when homesteaders settled the area, followed by the arrival of Mormon settlers from the U.S. in the early 1900s. They established a hamlet known as Tank 77 for the nearby water tank that served trains along the Medicine Hat to Lethbridge railway corridor.

“A post office was established by the Canadian Pacific Railroad, and they named the area Tabor, thereby changing the name from Tank 77. The funny thing is when the paperwork from the post office came back. It was printed as Taber instead, and that stuck,” says Ben.

Taber was officially incorporated in Alberta on July 1, 1907. It thrived on coal mining until 1913, when larger coal mines in the Drumheller region forced the closure of smaller mines in Taber. A few years of economic stagnation followed. In the 1920s, as irrigation was being built in Alberta, the economy took off, and agriculture has been the driving force behind the town’s growth.

“Our population sits at 8,428, based on the 2016 Stats Canada numbers. Our average age is thirty-seven, making us one of the younger communities in Alberta. Sixty-five percent of the population has completed some form of post-secondary education or certification, so we have a very skilled and talented workforce,” says Ben.

Taber is located in the heart of Southern Alberta’s irrigated agricultural heartland, in an area that is known as the ‘Market Garden of Alberta’ for its versatile crops aided by an abundance of sunshine, fertile soil and extensive irrigation systems. Its economy really thrives on agriculture and food processing. The primary crops in this region include sugar beets, potatoes, onions, peas, carrots, wheat, corn, oats, canola and mustard.

There is a tremendous diversity of crops, which really supports the agricultural industry. They are specialty crops, with a high value. There are also many processing activities that include hogs, beef, sheep, poultry, potato processing, canola, sugar beets, seed cleaning and other value-added processing industries.

The other big industry is oil and gas, and its related support industry. Oil was first discovered in this region in 1937 and will continue to provide the community with a sustainable wealth of opportunity.

What really helps with development in the oil and gas industry is Taber’s location at the crossroads of Highway 3 and 36. The location provides these businesses with easy access to some key markets, including Lethbridge and the U.S. It also puts Taber along the CANAMEX corridor, the main supply route to Fort McMurray, a hub of oil and gas activity.

“We have some pretty big employers in oil and gas, including Baker Hughes, B&H Tank Systems, Well-Tech Energy Services, Rugged Tank and Triwell Oilfield Construction. A lot of these support services for the industry are located along the CANAMEX corridor,” says Meghan.

Taber is the corn capital of Canada for one main reason, and that is the sun. It warms the soil in the day, and at night, the cool air brings out the natural sugars in the corn. The result is sweet, crispy corn that cannot be grown anywhere else. It is sold by local producers here at farmers’ markets and across British Columbia, Saskatchewan and Alberta on stands along the road.

There are also many other agricultural opportunities in the town and surrounding regions. There are about four million acres of irrigated land in Alberta, and a large portion of that is in Southern Alberta. This allows for a wide variety of crops and activities. There are sixty crop varieties grown here, and they are mainly specialty crops.

“It provides support to the value-added food processing sector, and there are a lot of additional opportunities for future companies to come in here,” says Ben.

The irrigation districts have additional acres available, and they are looking to bring in additional acres every year. The districts provide a stable and steady stream of water for farmers, but also for the large agri-food processors that require a great deal of high quality water.

“This is one of the reasons they locate here is for the region’s water, land and skilled producers that provide high-quality products to value-added processes,” says Ben.

Another interesting opportunity for the region was made possible by some federal funding for Protein Industries Canada (PIC). This pan-prairie (Alberta, Saskatchewan, Manitoba) consortium is involved in making Canada a leader in plant proteins. The collaboration of large and small companies also includes post-secondary research institutions, financial advisor organizations and other partners.

It was designed to produce supply chain benefits and share innovation to attain global competitiveness in plant protein. There was a competition over the last ten years to access to over $1 billion in super-cluster funding from the federal government to develop new industry. PIC successfully garnered about $250 million from the competition which will be combined with private funding to provide over $750 million to be put directly into that development.

Taber holds quite a few events throughout the year that draw many people into town. It has Western Canada’s largest free corn festival. Approximately 10,000 people come from across Canada to enjoy the entertainment, exhibitions, rides and a host of events.

“It’s a really good display on what Taber is all about and shows a lot of community pride. It is organized by the chamber of commerce. There are some fun corn-based events. People put on overalls and stuff in as many corn cobs as possible. There is also a corn eating competition,” says Meghan.

An annual pheasant festival is Canada’s largest hunting festival. Over eight hundred hunters from across Canada and the U.S. come to Taber. The week-long happening has 401 hunting sites around town with culinary events, amateur shooting, trap shooting, a scotch tasting night and a banquet with a silent auction at the end of the week.

“The festival is done in partnership with Alberta Conservation Association, helping to bring pheasants back to the area and to promote good governance with hunting and conservation initiatives to the region,” says Ben.

There is also sports tourism that varies with the season, and hockey, golf and baseball are the most popular. The town is very proud that in July it is once again hosting the Southern Alberta Summer Games.

There is some fishing on the Old Man River, but the town is adding to that with a revitalized trout pond in another venture with the Alberta Conservation Association. An existing trout pond is being re-stocked, and to accompany that, Taber has invested over $1 million for improved walking trails, benches and garbage cans.

“The purpose is to educate and provide fishing on the pond in an appropriate manner. It will be stocked every year with trout,” says Meghan.

It is looking to also be a place for renewable energy. “We have a lot of sunlight and wind on the prairies, enabling us to be a hub for wind and solar power. This is especially important as our provincial government has been focusing on clean and renewable energy, shifting away from non-renewable energy,” says Ben.

A new addition to the Taber website is called Localintel, which provides information for anyone creating a business plan. Businesses, big and small, can research the competition, view labour statistics for the region, populations and search for different possibilities. “We also have a new downtown Wi-Fi project that is in the pilot stages now. We will be providing Wi-Fi to the downtown core,” says Ben.

Taber has a very progressive council that is really focused on economic development. There are some newly launched initiatives such as BizPal, an online tool for business licensing and permitting. It has all the information for businesses looking to locate in Taber. New houses are being built in the northwest section of town, and Taber is also currently working on a plan for increased industrial growth in the northeast area.

The committee provides recommendations to individual members on economic decisions, and a variety of projects have been completed. It has a regional tourism and economic development website, business learning events and expansion projects.

Regional collaboration is something that Taber works hard at in a variety of ways. It is occupied on an inter-municipal development plan and collaboration frameworks. “We are working with them on a regional economic development strategy project, which will give the town of Taber, municipal district of Taber overall visions and strategy to achieve the economic goals of the region,” says Ben. 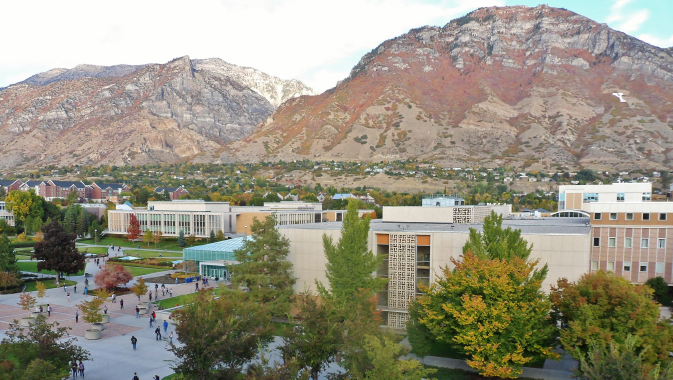