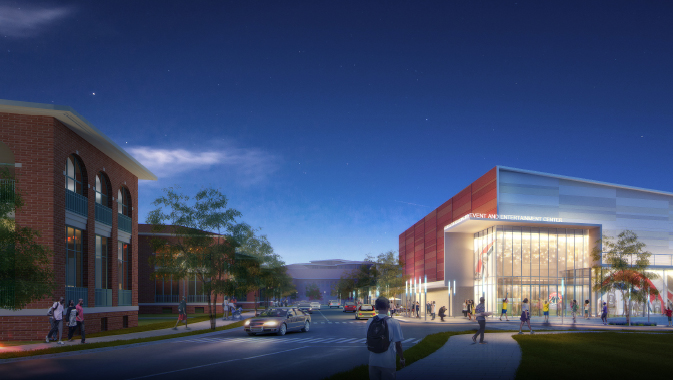 Events DC is Washington, DC’s event organizers authority for conventions and meetings, sports, entertainment, and other special events at top-class venues across the city. While the organization is quasi-government, it does not operate like a traditional government agency. Greg O’Dell, president and chief executive officer, reports to a board of directors, and the organization runs much like a corporation. While it receives no appropriation from the city, it does act on its behalf to attract and increase city experiences. This drives events, which in turns stimulates tourism, putting people in hotels and restaurants and generating economic benefit for the city. Greg shared some of the history and the organization’s work with us.
~
Events DC has clients from across the globe and three main lines of business within the District. One of these is organizing conventions and meetings, which includes corporate functions at the Walter E. Washington Convention Center and at Carnegie Library. Another line of business includes sports and entertainment events at venues like RFK Stadium, which is slated to be redeveloped, Nationals Ballpark and DC Armory, amongst others. Events DC’s third line is its special events division, which is an umbrella department for all the other events that the company hosts and organizes in the city.

The team works in conjunction with its partners which are not restricted to Events DC’s venues, but supports programs and events throughout Washington, DC. A good example of one of its very popular local initiatives is the National Cherry Blossom Festival. This huge spring celebration draws large numbers of visitors to the city and runs for four consecutive weeks. Events DC is the presenting sponsor for the National Cherry Blossom Parade that is syndicated nationwide and online via livestream.

Events DC came into being through the merger of two previous agencies. Through his consulting background in economic development, Greg had the pleasure of running both legacy agencies. Initially, he ran the DC Sports and Entertainment Commission, where he was primarily responsible for getting MLB Washington Nationals stadium built. After a year of serving there, he was selected to run the Washington Convention Center Authority, which was founded in 1994. In 2011, the need arose for a focused body to run all events in the city, and the two entities became Events DC.

The envisaged team would be able to efficiently allocate resources across Events DC’s many services and functions to be able to achieve greater economies of scale. Both of the original organizations brought events to the city, and because the underpinnings were similar in terms of capabilities, skill sets and promotion, it made sense to merge the two and focus on developing the city’s tourism industry.

Events DC’s opportunities became tenfold. Customers who traditionally came to the city for conventions or meetings, suddenly wanted to host sports, entertainment or festival experiences. Today, the team uses this to introduce clients to the many experiences available and makes its venues available in flexible and unique ways for different types of events to be held there.

The venue that is causing the most excitement, however, is the new home for the WNBA team, the Washington Mystics and the NBA Washington Wizards team’s brand new training facility, one of the more unusual facilities in the country. This combined, state-of-the-art arena has 4,200 seats and will also host the NBA G-League, Capital City Go-Go, a development league.

Since Events DC owns and operates the site, other world-class events like concerts, e-sports, boxing and additional amateur sporting events will also take place here. The facility is being erected in an underdeveloped part of the city, making it a catalyst for development for the greater area.

The Events DC team consists of 290 full-time employees, as well as scores of contract employees, contractors and part-time staff. Crowd sizes are diverse, and the company must be equipped for any scale event that comes its way, while taking the utmost care to give each customer the best experience possible.

While part of its business is leasing its venues and arranging events for clients, a portion of its events portfolio is all about creating and producing its own events. “Our focus is on the experience. We are in the experience business, providing big customer service along with the traditional core services we provide. We promote authenticity in our city and in our brand,” says Greg.

Events DC teams up with Washington’s Restaurant Association and other marketing partners in the city to achieve this authenticity. It has a formal marketing agreement with the association whereby establishments are informed of all major events. Participants solicit members, who provide customized experiences like custom menus, discounts and a myriad of little details that extend the overall impression beyond these citywide events.

Of course, dedicated people are what make attention to detail possible, and Events DC is packed with go-getters ready to make any mega-event a raging success. These creative people are also part of charting the way to its next frontier in terms of the organization’s growth.

Two of these employees are Chinyere Hubbard and LaChelle Harrison. Harrison was selected Convention Services Manager of the Year by the Event Services Professional Association (ESPA), a national industry organization, while Chinyere runs the marketing and communications department and has been instrumental in successfully taking a different, more practical approach to marketing the brand, the city and its events. “Events DC have taken great, bold strides in the city and we would not have been able to do so without our staff and our board’s strength, direction and support,” says Greg.

The organization recently started a new strategic initiatives department, which is essentially a mini-start-up. Subsequent growth has been substantial with Events DC becoming instrumental in the development of the city’s new arena. It is also investigating new technologies that could be utilized to support the organization’s various lines of business and new market segments. Another field of enquiry is in making DC the national hub of the latest international craze: esports events. These are typically professional, multiplayer video game competitions that can include sporting simulations and other competitive activities such as battles and war games.

Washington, DC is a great place to visit as a business and leisure destination. This hip city has two thousand restaurants, is perfectly walkable and has many cool accommodations and luxury hotels, plus quality entertainment. It is quite an exceptional experience to attend a large event and have so much to do right on your doorstep.

For Events DC, the best award is new business, and it has seen a lot through all three of its main lines of interest over the past few years. Its growth is made possible by a series of flagship events, one of which is the redevelopment of Robert F. Kennedy Memorial Stadium, also known as RFK Stadium. It was home to the Washington Redskins football team and, until recently, the D.C. United Major League soccer team. The campus is 190 acres, and with the two teams leaving, Events DC now has the wonderful opportunity to re-imagine the future of this area.

It has embarked on a two-year-plus study and engagement of the community about what the campus should look like. It may include a football stadium or a new arena. To accelerate the long-term project, the organization has an aggressive half-a-billion dollar short-term program that includes the addition of multi-purpose fields to benefit the community as well as youth sports. Construction of these fields could start as early as the fall and will be done in the spring of 2019.

Sports and recreation has been high on the list of ideas of how to develop the proposed facility. After-school programs and fitness centers for communities are also high priority. A vibrant food hall is set to make this part of the city a great destination, while some new pedestrian bridges are also planned to ease the mile that takes one across the site.

Events DC is also proposing a memorial in honor of Robert Kennedy, as the stadium was named after him. It has already had talks with the Kennedy family, and the preliminary design is underway. As the land is owned by the federal government, there are many legal procedures that must be followed, but the multipurpose fields will be completed in spring of 2019.

As is evident in its concern for and consideration of local communities, its goodwill and contributions to local causes are vast. “We spend a lot of time engaging with communities, and we hold community meetings on a regular basis,” Greg says.

It aims to exceed customer expectations by anticipating their needs. Events DC prides itself on figuring out what its customers will need before they even request it. In this way, rather than following, it sets the trends and ushers the world of great events into the future. “People are not just interested in traditional plenary sessions during conventions anymore. This is why we are making a pretty significant investment in and around the Walter E. Washington Convention Center to help people to socialize and network in a way that they can enjoy connected experiences throughout the building,” says Greg.

Since many of its projects and initiatives are geared towards how it sees the world changing, Events DC sets the overall industry benchmark. It supports tradition in a non-traditional way and it does its best to ensure that DC is a place of serious collaboration and development, as well as grand fun. 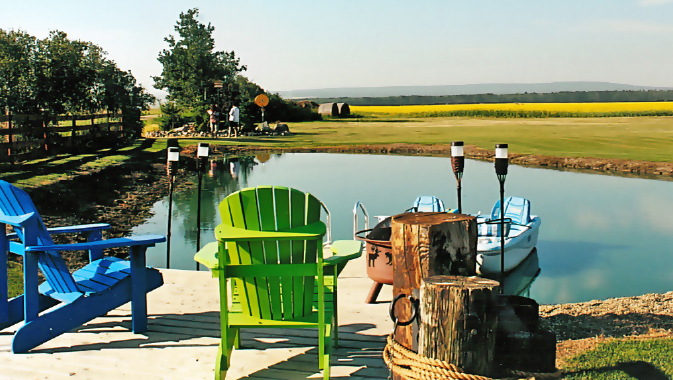 Welcome to the Middle of Everywhere