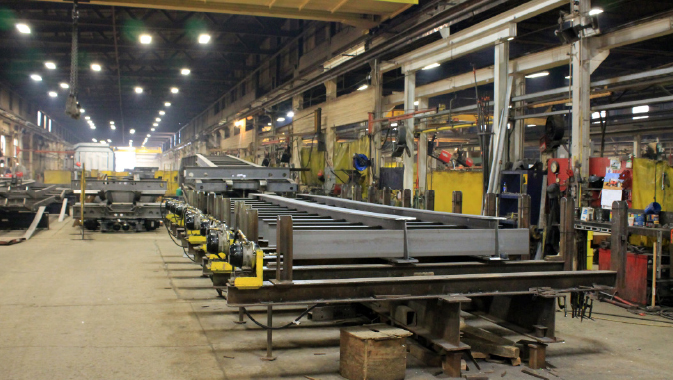 In many ways, this history of Rogers Brothers Corporation is a reflection of the history of America itself. The world-famous trailer manufacturer is based in the Pennsylvania borough of Albion and played a key role in the growth of the nation, serving its country during both World War I and World War II.
~
Looking back on the company’s past, President Jay Kulyk speaks fondly of the family-owned business and how it has successfully adapted to changes in the marketplace over the past 113 years. In its first decade, the business focused not on making trailers but building steel structures, bridges and occasional railroad work.

It all began in 1904 with three brothers from the Rogers family who were working for a company that reneged on several local bridge projects. Instead of letting the work falter, the trio stepped in, formed their own company in 1905 and successfully took over where the previous contractor left off.

The entrepreneurial Rogers Brothers soon took on other important bridge contracts in the region, many of them fifty miles away from their location. The commonplace practice at the time was to set-up a full shop and perform all metal fabrication on site. Instead, the brothers prefabricated many of the pieces at the Albion facility and shipped them either by rail or truck to the site of the future bridge, saving customers and the company time and money.

“This was a unique idea in our area, and it has the grounding for our first trailers because we built them for our own use,” says Kulyk. “At some point, someone said, ‘Can you build me one of those?’ and the company took off from there.”

The timing of the first commercial trailers was around 1914, coinciding with the beginning of World War I, which saw Rogers Brothers making troop carriers and mobile kitchenettes. Over two decades later, the business dedicated itself to World War II efforts, manufacturing tank retriever trailers, which led to Rogers Brothers receiving an Army-Navy “E” Award for employee performance and its dedication to the war effort.

Today, Rogers Brothers Corporation counts structural steel welders, assembly workers, painters and other skilled union employees among its staff of forty-five. It operates from three buildings, totaling about 100,000 square feet. The main structure is dedicated to manufacturing, while the second and third buildings are used to warehouse most of the incoming components from vendors and serve as a garage and maintenance warehouse for yard trucks.

Long before becoming president in 2012, Kulyk learned the trailer business from the ground up. He then earned a bachelor’s degree in economics from the prestigious Carnegie Mellon University. Kulyk – like his relatives in the business before him – keeps close track of customers and the industries they serve, to meet their unique trailer needs.

The company designs and manufactures quality trailers for sectors ranging from construction to commercial applications. It has seen growth in mining and specific-use trailers designed to permanently haul one type of cargo, like a transformer or steel coils.

“There’s been a pretty healthy rebound in all of our business sectors,” states Kulyk. The company has lately been receiving more inquiries from the mining industry, especially from customers in Chile and Peru. Additionally, there has been more business in the general construction arena, particularly coming from companies in the Midwest and New England. “The phones are busy, and there’s a lot more activity.”

It is important to note that recently, President Trump announced tariffs of 25 percent on imported steel and 10 percent on imported aluminum, and the steel tariff has already had a noticeable effect on the marketplace, shares Kulyk. “Prices for raw steel have increased considerably and lead times from steel manufacturers are being extended. Shortages for certain sizes and/or types of steel are also happening. The same kinds of things are happening to the finished components we purchase that are made with various kinds of steel, such as axles, suspensions, and hydraulic components. It is still too early to determine the complete impact the steel tariffs will have on the economic recovery happening recently,” he says.

At present, Rogers Brothers sells its trailers in all fifty states and to sixty-five countries worldwide. Its products have been recently purchased for use in Chile, Peru, Canada and Africa through a U.S.-based company.

Rogers trailers are dependable, durable and innovatively designed for maximum efficiency. The company offers trailers from as small as a twenty-one-ton capacity tag-along, a drawbar trailer which is towed behind a dump truck, to massive, mining industry trailers with the capacity of 150 tons or more.

Customers can choose from rear-loading or frontloading styles, modular, permanent load and other types. There is also a range of optional equipment and trailer colors. In fact, one of the reasons clients keep choosing Rogers Brothers is for the company’s well-known customization abilities.

“In our case, a good portion of our trailers are custom-made. It’s a strength of ours,” comments Kulyk. “One of the things our company brings to the table in our sales opportunity is the ability and the willingness to make subtle design changes for customer needs. Not everybody in our business does that or is as willing as we are.”

Rogers Brothers has been a union shop since 1941. Its trailers may not be as inexpensive as those produced offshore or by businesses in lower-wage areas of the U.S., but the company has proven that customers are willing to invest a bit more for better union-made quality products and customization.

“Because we generally have higher labor and benefit costs, we have to get more from every hour of each worker’s time to the trailer bottom line than our competition does,” he says. “We basically have to design and manufacture a premium product, and so our willingness to do custom work for those customers is a strength. It creates sales opportunities. Our competition – some who may only build five or ten different models – say, ‘As long as that’s what you want, here’s your price.’ We are not really suited to be that type of company. Through our marketing and sales efforts, we must show our customers the value of their investment in a Rogers trailer and that this investment will more than pay off in the long run.”

The company manufactures an average of between 220 and 240 trailers per year. Kulyk says that, during some years, the company has produced over three hundred units and as few as one hundred in other years. The numbers vary depending on the product mix and the overall market. For example, in years where the housing market is doing well, the company sells a good deal of smaller, tag-along style trailers. For businesses engaged in larger infrastructure and construction works, trailers with capacities ranging between fifty and seventy-five tons sell with greater frequency.

Today, Rogers Brothers continues to invest in its future. In the past two years, Rogers has purchased new equipment, including a high-definition plasma table burning system to cut plates and shapes. This is much faster and more accurate than previous machinery, making assembly and welding more streamlined and efficient. Later this year, the company plans to purchase new painting technology, as it switches from industrial alkyd paint to urethane, which is faster-drying and creates a durable, high-end professional finish.

“We are constantly looking at different machinery,” says Kulyk. Rogers Brothers refuses to compromise on quality after being in business for over one hundred years. 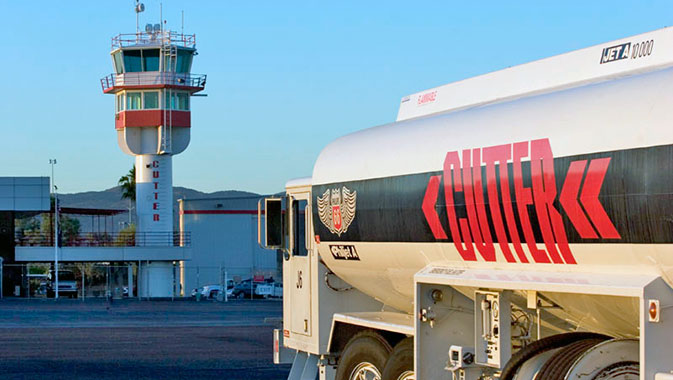