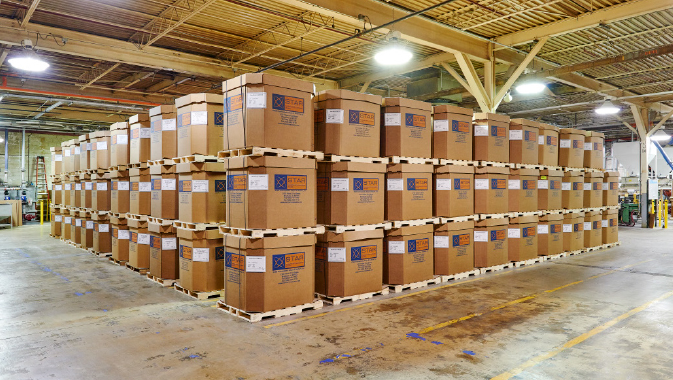 From its headquarters just outside of Chicago, in Broadview, Illinois, Star Thermoplastics acts as an external, technical partner to companies that use its thermoplastic elastomers and various plastic alloys to manufacture all kinds of consumables. While Star Thermoplastics primarily focuses on customers in North America, its partners typically operate globally.
~
Do you dream of finding a plastics manufacturer that can make thermoplastic elastomers and plastic alloys with better physical properties than product designers ever thought possible? Well, you just found it.

The possibilities list is endless. On the simple end, Star Thermoplastics products are used to make vanilla scented dog toys, plastic sheeting and console dials. Medical plastics and plastics for more sophisticated applications like non-halogenated packaging compound for the food industry all appear on the company’s manufacturing list.

President Tom Dieschbourg has been doing this for twenty-five years and loves every minute of his work. What started as a 2,000-square-foot enterprise has grown to 125,000 square feet. His first plastics extruder, which melted and formed raw plastic into repeated forms, like sheeting, wire insulation and tubing, could work with about thirty pounds of plastic per hour. Current capacity is ninety million pounds per hour, and by the end of 2018, the team will reach its 130 million pounds per hour goal.

This outstanding infrastructure, well-equipped laboratory and an incredibly creative team, has given Star Thermoplastics a diverse clientele. One scuba-diving customer in California has molding done in Johannesburg, South Africa as well as Malaysia and Italy. A customer on the East Coast makes shoe inserts but distributes the final product all over the U.S.A. and Europe. Another customer in Indianapolis, Indiana was acquired by a Danish holding company that molds plastics in the United States, Mexico, Canada and China, and Star Thermoplastics has been to all its facilities.

Admittedly, the terms ‘thermoplastic elastomers’ and ‘plastic alloys’ may sound a tad intimidating to those who know little about plastics. Why should we use these materials and why are they important? A bit of research shows that these materials offer significant benefits over traditional rubbers and plastics, mainly due to the different types of cross-linking within the mixtures’ structures. Crosslinks impart greater longevity and versatility thanks to high elastic properties, offer better molding characteristics and, better yet, are more earth-friendly.

Molecules constituting old-fashioned rubber are called elastomers and are said to thrive in chaos. This limits the lifespan and performance of rubber products, and so, to create more product stability, scientists started chemically bonding the polymer chains in elastomers’ molecular structures to one another with crosslinks. This makes it more difficult to pull these microscopic polymer chains out of place, thereby improving the product’s bounce-back and memory capacity.

However, because chemically cross-linked polymers traditionally could not be melted for recycling, and nobody wants the earth to become a giant rubbish bin, the idea of thermoplastic polymers was born. In thermoplastic elastomers, crosslinks are classically reversible thanks to hydrogen or ionic bonds used to fuse polymer chains together with crosslinks. The hydrogen and ionic fusions cause crosslinks to release from the polymer chains when heated, allowing the material to be melted and recycled. As the new product cools down, the crosslinks re-establish connections between polymer chains and the product resumes its original characteristics.

Tom started the company twenty-five years ago when he was smart enough to notice a host of opportunities unfolding right before his eyes. Shell Chemical had a division called Kraton, which held a certain patent that ran out in 1989/90. Until then, Kraton only sold its polymer plastics to two or three clients and was also known for only taking really large orders of a minimum of 500,000 pounds on its copolymer line.

At the time of its patent expiration, a Japanese outfit came up with an equivalent material that created immense opportunity for others to join this industry. What was clearly a revolutionary concept then, made obtaining these materials an obvious choice for Tom, who has a master’s degree in inorganic chemistry; a bachelor’s of science in chemistry and biology and a minor in plastics.

Today, Star Thermoplastics primarily covers eight markets. For automotive manufacturers, it produces a variety of hard, soft or rubbery ergonomic plastics used in a wide range of components like knobs, car mats, bumpers, car ashtrays and even materials for sound-deadening in trunks.

For the medical market, which is currently exchanging polyvinyl chloride (PVC) resin for safer products with the same flexibility and clarity, Star Thermoplastics has the perfect alternative. Firstly, PVC is on governments’ hit lists, due to two major negative factors. PVC produces hydrochloric gas when disposed of in medical waste incinerators. The toxic gasses that are released into the atmosphere cause steel to dissolve and buildings to corrode – not a desirable quality in ancient cities such as Rome, Paris and the like.

The second reason for banning medical PVC is that it contains dioctyl phthalates, which are liquid plasticizers that can become carcinogenic over time. For these two reasons, medical PVC is being replaced with a thermoplastic elastomer styrenic block copolymer which is praised for its ability to combine well with other materials and is also safe for medical use.

It is classed as a USP Class VI medical grade material, which means that it has passed three in vivo tests – tests in which the material is inserted into a living organism by various means like implantation and injection to test its biocompatibility in humans. Some medical tools and supplies manufactured from these materials are syringe tubes, chest tubes and non-latex tourniquets – the bands used to temporarily arrest bleeding by forcibly compressing blood vessels.

Thermoplastics are not only invaluable in improving health and saving lives, but they are also of great importance in the sporting world which has a large number of quality plastic applications. Improved plastic grips are used for tennis racquets, golf clubs and handball racquets. Bicycle handles, heated motorcycle handles, and surfboards need decent wet grip. Thermoplastics fulfill all these needs and more. Star Thermoplastics even manufactures bespoke plastics for the pet industry where products have to be FDA approved and not rip apart easily.

“We service a variety of industries, and one of the beautiful things about our business is there’s hundreds of different little applications that improve how we live on a daily basis. This makes it so much fun,” says Tom.

With its impressive laboratory and chemistry Ph.D. team members, Star Thermoplastics is tech-savvy personified. It figures things out pretty quickly and can identify chemical capability and compositions in no time. It also likes to experiment with new products.

A great group of seventy-nine people keeps Star Thermoplastics on top of its game. Their selfless dedication has made the company a leader in its field, and President Dieschbourg is particularly proud and appreciative of that.

Star Thermoplastics also knows how to ride market changes. Around 2007, it was approached by a car manufacturer to produce a range of components at the same price they would be if imported. The company delivered and found a foothold in the automotive industry. The application developed for the original client is now being sold to eight other companies, bumping sales up far beyond what its designers could ever have imagined.

Despite the great successes, the thermoplastics industry is not without its trials. However, true to Tom’s outlook on life, challenges are turned into opportunities almost faster than they present themselves.

Government regulations curbing the use of traditional flame retardants have spurred the company to develop formulas that have allowed it to break into the non-halogenated flame-retardant business. It has also given it an occasion to innovate and successfully solve a host of problems in this area.

One of its unique features is its approach to customers’ difficulties. First, it designs a solution to their original problem, and then, if the concept demonstrates sufficient capability, the team develops more solutions, signs a non-disclosure agreement and becomes an external part of its clients’ teams. In this way, it becomes a trusted part of businesses that rely on it to keep them ahead of competitors with visionary plastics solutions.

When it comes to choosing Star Thermoplastics as a preferred supplier, the decision is simple. This company does what nobody else in the industry can do with plastic. As proof of its infallible track record, Star Thermoplastics’ many long-term relationships seal the deal. To date, fifty percent of its customers have been on its books for over ten years, and twenty-five percent have been partners for over twenty years.

As Jennifer Tomes, marketing director, points out: “Our strongest core value is to do the right thing. This is demonstrated in the many long-term relationships we maintain.”

Everyone in the team is always asking themselves how they can do the right thing in the right way. With customer-centered can-do attitudes, the dynamic at Star Thermoplastics is growth-oriented and positive. By always saying ‘yes’ to most reasonable requests, the company has fostered keen action and an ongoing solution resource for customers.

President Tom Dieschbourg believes that as long as there are problems in the world and people who can solve them, the future is bright. It is hard to disagree with such a stalwart businessman and scientist, considering his company’s brilliant track record as a case in point. 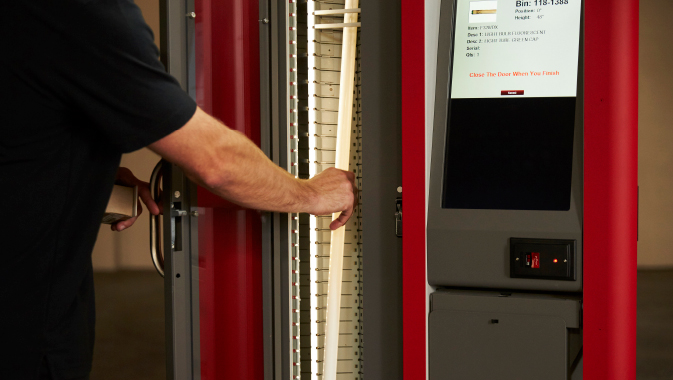