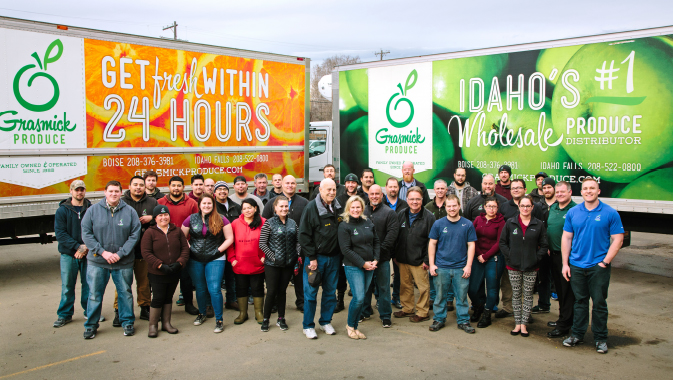 Wholesale distribution company Grasmick Produce offers a full line of fresh fruit and vegetables as well as a smaller line of pantry supplies. It supplies grocery stores, restaurants, hotels, hospitals, schools and other wholesalers with conventional, organic, specialty, fresh-cut and custom-cut produce.
~
Grasmick Produce was founded over sixty years ago by Idaho potato farmer Henry George Grasmick and his son Henry Joseph “Dutch” Grasmick. It began with the sale of potatoes and onions from the back of a truck to the local grocery stores. The company, which consisted of four family members, obtained space in the basement of a former bar to increase its working area. Dutch and his wife Karleen took over the leadership of Grasmick Produce and structured the company around the golden rule. The company was able to grow quickly, with plenty of support due to its ability to treat customers and suppliers with respect and integrity.

In 2015, Dutch transferred his stock in the company to his granddaughter Angela Reed who turned it into a fourth-generation, woman-owned business. Angela, the owner and president of Grasmick Produce, now has the privilege of running the business from the same office where her grandmother watched over her as a child. Using the values taught to her by her grandparents, she has expanded the company and its products. The company’s revenue has grown by over thirty-five percent, and she has added thirty-five new positions.

The company employs 125 people in its warehouses and cross-dock facilities and recognizes that its longevity and success is attributable to the dedication of its employees. “Grasmick’s team has decades of industry experience in purchasing, sales, distribution and food safety, which allows the company to provide its customers with reliable service and the highest-quality products sourced locally, regionally and from around the globe,” Angela Reed says.

Her grandfather instilled in her the need to take care of the employees; even as a young child, she learned every employee’s name. When employees are treated properly by employers, they are more likely to treat customers with exceptional customer service. Grasmick is invested in its employees’ livelihood, and it continually works to maintain that family atmosphere as the company grows.

One of the challenges of an independent produce distributor is the increasing competition from national broadliner food distributors, such as Sysco and Food Services of America that have an extensive range of categories and can offer low-margin products. Independent produce distributors like Grasmick Produce must be more innovative and customer-oriented to remain competitive. For instance, the company provides same-day or next-day delivery to reassure its customers that even if a mistake is made on either end of the partnership, it will solve the problem very quickly.

“That’s the niche we fill in the marketplace. We are small enough to still be able to meet the needs of our customers on a same-day delivery basis, whereas the broadliners will not typically do that,” says Angela. The company offers same-day delivery within certain distances from its Boise and Idaho Falls locations, and next-day delivery as far as Montana. The level of service provided by Grasmick Produce is exceptional.

The company stands out in the produce distribution market as a result of its people, product quality, delivery service and suppliers. It has established relationships with the most reputable local suppliers in the business, and these have proven to be an essential part of the company. “The produce business is one of the last businesses where you still largely do business with a supplier based on a handshake. It is a business with relationships based on trust and your integrity,” says Angela. Consumer desire for a fresh local product is growing with the farm-to-fork movement, and Grasmick is prepared for that future growth in the industry.

It is expanding its facility in Boise, Idaho to enlarge its fresh-cut and custom-cut operations and its ability to provide innovative packaging solutions. The fifty thousand square feet of extra space will allow the company to increase its product range and storage space and improve its shipping process.

“Consumer eating habits are changing, and there is an ever-increasing push for fresh, fast food,” explains Angela. “To stay relevant, Grasmick is innovating and will have to continue to innovate to meet the demand of its customers in all segments of the business: school, retail and foodservice, to allow its customers to meet the demands of the millennial generation.”

There has also been a rising focus on produce sustainability. Consumers seek information about the origin of products and expect companies to be socially responsible. This multigenerational company is capable of merging its industry knowledge of the older generations with the newer perspective of the younger generation to remain competitive.

“Throughout the decades, Grasmick has adhered to the same principles established by its founders: that honesty, integrity, reliability and hard work lead to strong partnerships and sustainable business success,” says Angela. “We believe in serving our community and being a good community partner.”

Grasmick aims to foster the communities it serves in many ways. In the last year, the company donated to over forty charities, particularly foundations for children. Each year, it chooses a different type of charity on which to focus its support, and regularly supports local food banks and zoos with produce or financial assistance. It has also heightened its focus on helping schools in the communities of its distribution area and serves four of the largest school districts in Idaho.

The staff is committed to product quality and food safety. The company enforces strict handling requirements in its processes and engages in third-party audits and food safety awareness training to provide its customers with a safe, quality product that can be trusted. It is certified by PrimusGFS, the recognized global food safety initiative and auditing service that evaluates agricultural practices, manufacturing practices and food safety management systems to bring the produce industry closer to global food safety harmonization.

Grasmick Produce and its owner have been recognized for outstanding work in the industry. The company was nominated for the Small Business of the Year in 2017 by the Boise Chamber of Commerce, and Angela Reed has been a recipient of the Women of Industry award and has been honored for her early success by the Idaho Business Review’s Accomplished Under 40 program.

This fourth-generation business is looking the merge the old-fashioned ways of doing business with the modern, ever-changing face of the produce industry. “There is so much change going on in the produce industry, and so many opportunities that are arising because of that change. These changes not only relate to regulatory changes but also customer trends and technology,” says Angela.

It now has a strong social media presence and offers online ordering through its website and a mobile app. The software for these changes has been groundbreaking for the company; over thirty percent of its orders now come through some electronic means. Each customer has an individual profile for easy, fast access to produce.

There is an increased call for a variety of products and new technology in the produce industry. Fresh and fast is the new way. The goal is to balance its roots in close business relationships with the changing produce industry through innovation, without changing the core of how Grasmick Produce was built. 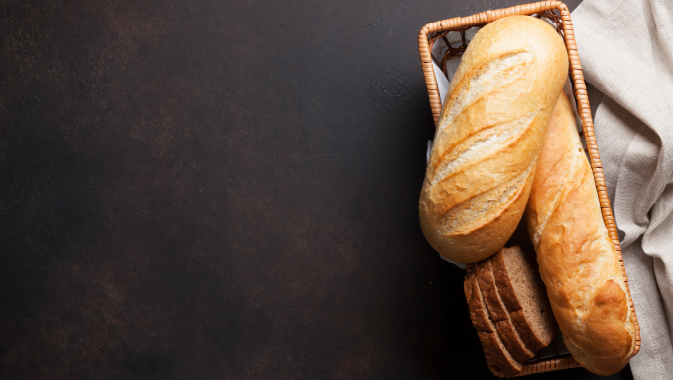