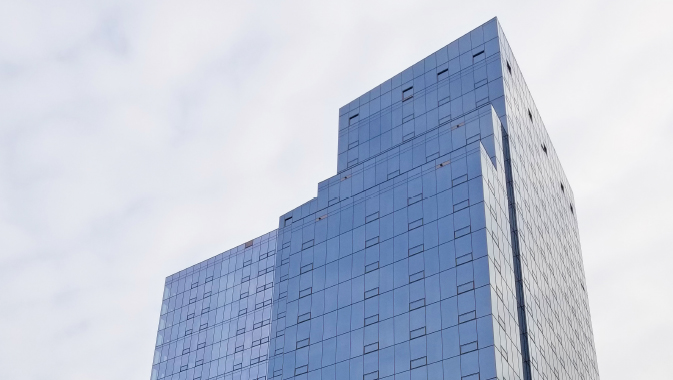 Located in Branford, just eight miles from New Haven, Connecticut, the Cherry Hill Glass Company has been designing and manufacturing high-performance structural glass products since 1992. By adding unitized curtain wall systems to its portfolio, it is poised for continued growth.
~
While the term ‘wow factor’ is overused, it truly does describe the luxury apartments in the twenty-six-story Atlantic Station building in Stamford, Connecticut which opened this past October. The space is flooded with light streaming through floor to ceiling glass, thanks to the magic worked by Cherry Hill Glass. The company used a unitized curtain wall system. One should be forgiven for exclaiming, ‘Wow!’ As well as creating stunning interiors for the one and two-bedroom units, the windows create a sleek exterior that is equally stunning. The effect makes the building a sought-after and prestigious residence.

Atlantic Station contains 180,000 square feet of curtain wall and garage screening and includes programmable lantern-style light fixtures on the side. “We designed the building,” explains Kevin O’Neill, Cherry Hill Glass owner and founder. “We do all the shop drawings, order the materials, including the glass, and we fabricate the aluminum framing, assemble it, put the glass in, package and ship it to the site where field crews assemble it.”

The twenty-to-thirty-member crew who do the assembly work are unionized employees from the Glazers, Ironworkers and the Operating Engineers Unions. “They’re the ones who operate the cranes, and then we have masons doing the sealant work, the fire-safe work and things like that,” he says. Work on the Atlantic Station continued from October through April, and even though Connecticut winters can be cold, the temperature does not affect the installation process, because it is factory glazed, “and basically just locks together in the field.”

Another recently completed building is 72 Point, an office building in Stamford the entire envelope of which was furnished and installed by Cherry Hill Glass, with exterior wall components of Oldcastle curtain wall, point-supported glass canopies, terracotta and composite metal panels.

Why glass? What makes it a preferred material? “Atlantic Station was a high-end building and the developers wanted to have floor-to-ceiling glass to make the apartments look bigger and give a nice view of the city and Long Island Sound,” he says.

Apart from aesthetics, there are practical advantages. Glass gets buildings closed in quickly, and glass lasts a long time. In terms of temperature control, there are also advantages because the glass is insulated and has coatings to assist with its thermal performance.

Uni-Wall is flexible because it is designed for projects of any size. It is assembled and glazed in a factory-controlled environment and, once on-site, snaps together, making a weather-proof installation a reality.

But while Uni-Wall is factory-built, it is by no means cookie-cutter, as the system allows for custom-designed corner panels which may involve some complex geometry. At the Blue Condominium or Blue Tower in New York., its design consists almost entirely of compound angles at the corners, with one corner of the building defined by the intersection of four different planes.

In addition to the Uni-Wall system used in new construction, stick built glass curtain wall panels can be applied to cover a large portion of the exterior of an existing building and can accommodate metal panels and terracotta, external shading systems and window washing systems. They also have different system depths which allows installers the flexibility to cover large spans.

A prime example is the complete transformation of the twenty-two-story 1140 Avenue of the Americas office property, in Midtown Manhattan, through the addition of a glass and aluminum stick-built curtain wall system on the south and west facades. It was a complex re-glazing project that included custom-fabricated, fly-by-corners, with programmable LED fixtures. Added to that was the challenge of installing the panels while the building remained occupied and functioning. AGT/Uni-wall came through on all counts, executing the project in a timely and cost-effective manner.

The company, however, is not only about creating shiny new, contemporary glass and metal buildings or bringing mid-twentieth century ones into the twenty-first century. It is also about showing respect for traditional architecture by replacing windows that perfectly belong in nineteenth-century buildings but meet today’s standards of functionality.

“Yale, for example, wanted to retain the historic look,” says O’Neill. “They wanted us to use the same materials, so it’s the old steel windows. That’s what we put the glass in. We also did a big skylight project for them, and we made all new aluminum extrusions to match the old ones, in keeping with the traditional look.”

O’Neill knows his stuff when it comes to glass and metal having worked in the glazing trade for ten years for another company before founding his own in 1992. “They (the company for which he first worked) were the victims in the economic downturn in the late eighties, and when they went out of business, that was when we started,” he recalls.

“We took on a couple of projects they had on the books that they couldn’t do. One was at Yale and one at the Greenwich Hospital. We were doing small jobs then, but, incrementally, we grew. Then we started doing public works, schools and things like that, and we just grew over the years.”

A milestone in the company’s growth was the year 2010 when it acquired the Architectural Skylight Company and Architectural Glazing Technologies, which included Uni-Wall. “They were similar sized companies struggling to get through the 2008 downturn,” he says, “so we absorbed them, and that helped us grow. They were very innovative and had exceptional capabilities with equipment we never had before.”

And this has resulted in some landmark buildings. Today, in addition to the unified and stick built curtain wall systems, Cherry Hill Glass’ portfolio includes a range of windows, custom railings, metal wall panels, storefront systems (aluminum framed system for areas that are twelve feet high or lower, with varying widths), glamorous glass entrance systems and hardworking rain-screen cladding, (a cladding system made up of two separate water barriers on the exterior with an air space between.) Glass options include low iron glass, tinted glass, low-e coatings and ceramic frit patterns.

Business continues to grow in spite of the fact Cherry Hill Glass does not advertise. “We don’t solicit work, and we don’t have salespeople,” O’Neill says. “Typically, how we get our work is through invitation. People ask us to provide proposals. We have repeat business, and sometimes there’s a guy working at some company (where we’ve done work), and then he moves to another company, and he brings us with him.”

When pressed for more details of the company’s success, he says modestly, “At the end of the day, they don’t have any issues with us. We guarantee everything the specifications called for, but it doesn’t come to that, because when we install it, it’s done right, on time and on budget.”

Cherry Hill Glass company products are setting a new standard in glass construction in Connecticut, New York, Rhode Island, New Jersey, Massachusetts and Maine on buildings ranging from schools and hospitals to commercial, multi-residential and university properties. “Right now, we’re doing a project in Maine at Colby College. We’re doing the exterior of a new athletic facility, all the windows, with floor to ceiling curtain wall in the pool area.”

Employees at the company factory also benefit. “Our factory is all windows too, so the guys get to see the daylight while they work,” he says. He does not know whether people who are living or working in light-filled areas enjoy improved health benefits or increased productivity, “but if people keep wanting to build with glass, I’m going to guess they are.” 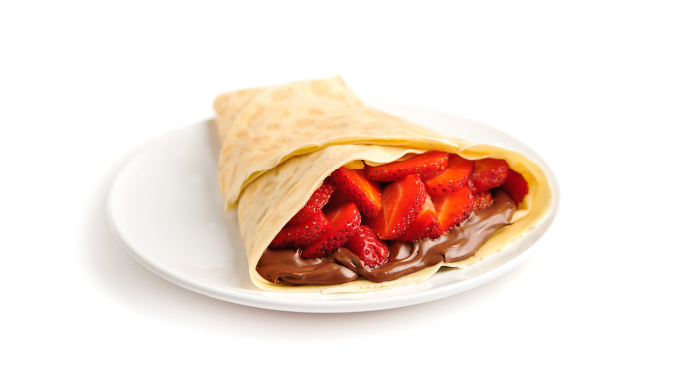