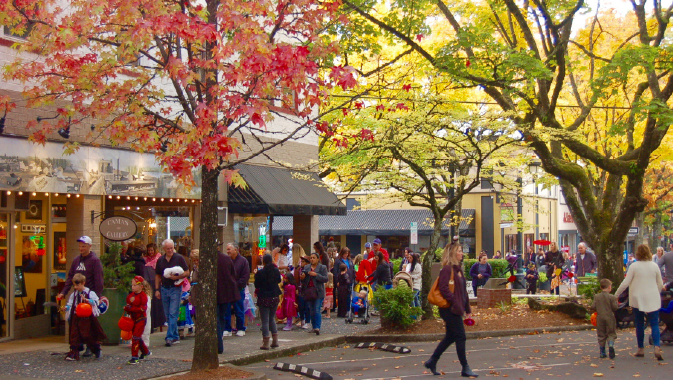 From the founding of the Columbia River Paper Company in 1885 to the present, the City of Camas in Clark County, Washington – which borders the City of Washougal on the east side – has continued to attract new industries and residents. Clark County is the third-fastest growing county in the state, and this does not come as a surprise to Paul Dennis, president and chief executive officer of the Camas-Washougal Economic Development Association (CWEDA).
~
“The population is definitely on the rise,” says Dennis, an economic development consultant since 1990. “Within the City of Camas, the population is 23,100 and within Washougal: 15,800. Including the rural population, we are around 52,000 people in total.”

Although Camas-Washougal was settled by paper and textile industries, as well as farmers, its prosperity is rooted firmly in business and the spirit of entrepreneurship. Dennis formed the CWEDA in June of 2011 to be focused on bringing new businesses and jobs to Camas-Washougal and helping existing businesses remain successful.

“I was hired to form the organization and have been with it since,” comments Dennis, an area resident. For Camas-Washougal, he was an ideal choice.

He has been a council member and mayor of Camas from 2004 to 2011, owned a planning group and gained considerable public and community experience over the years, knowing many of the key players, including land and business owners. He says the impetus behind creating the EDA was the Port of Camas-Washougal.

The port was founded in 1935 to strengthen the area economy. It continues to grow and includes a 310-acre industrial park which is home to forty-eight businesses, the Grove Field Airport and a large marina with moorage for over 350 boats. In late 2012, the port acquired 13.25 acres of waterfront property connected to another fourteen-acre port-owned parcel, and the site is earmarked for development.

Following a conversation the board had with the City of Camas to set up a public partnership, the port became the host agency and provided half the funding for the organization, with the two cities – Camas and Washougal – each giving twenty-five percent of the funding. This allowed a pooling of resources to create the Camas-Washougal Economic Development Association, which advocates for business recruitment, expansion and retention.

“The unique aspect we can offer is that we are linked in with the regional economic development association and can advocate on behalf of Camas- Washougal, so it provides us a unique opportunity that not every community – especially a community our size – can afford.

“One of the unique aspects of our communities is, really, we have been founded by business,” says Dennis. The local paper mill was an important early industry and has been a long-term employer, as has Pendleton Mills, known internationally for its quality wool clothing and blankets and non-woolen items such as linens and drapes.

Camas-Washougal has changed and adapted over the years and still attracts a variety of business types. Camas workers earn the highest wage in the county, averaging $68,700 annually.

The area became home to a number of technology firms starting in the 1990s. These include major employer WaferTech, which was founded in June of 1996 and is the first dedicated semiconductor contract manufacturer in the United States.

Well-known high-net portfolio money management firm Fisher Investments came to Camas at the height of the Great Recession of 2008 to 2009 and purchased property. The company – which has almost two thousand employees worldwide – oversaw the creation of two office towers in Camas and has continued to experience consistent job growth in both Camas and Washougal.

Even during the Recession, Camas only experienced one year of negative job loss; the rest of the time, the area was growing. Camas has added 1,322 jobs over the past five years, and 849 were added in Washougal.

Businesses of all sizes are welcomed to the business parks and downtowns of Camas and Washougal.

One of these was Immersive Media, which relocated its North American headquarters to Washougal Town Square in recent years. Immersive Media is a hardware and software leader in the 360-degree video industry and is known as the company responsible for creating the technology behind Google Street View. Camas is home to a range of smaller technology companies as well as Sigma Design, a multi-disciplinary machine and product designer and manufacturer.

Camas was recently selected by well-known Vancouver-based residential and commercial property developer, Holland Partner Group, for a large thirty-five-acre mixed-use development in West Camas, set to break ground this May. The site will have three, 100,000-square-foot office buildings, as well as a 276-unit housing complex with swimming pool, clubhouse and a single-story artisan market measuring 20,000-square-feet. At present, plans call for the first office tower to be built next to the headquarters of Fisher Investments and occupied by 2019.

The Camas-Washougal Economic Development Association is there to help businesses from site selection to construction and advocates on behalf of the area.

There is no income tax in Washington State and a fair rate of employee compensation. Camas-Washougal boasts nearby transportation including State Highway 14, I-84, I-205, I-5 and the Portland International Airport. It has convenient access to the Portland metropolitan area – but at a twenty percent lower cost of living – and an educated and available workforce.

An increasing number of companies are relocating to Camas-Washougal, and the CWEDA acknowledges that the area is also becoming popular with families who value quality of life amenities, including recreation areas and excellent schools.

“Education becomes a big part of it, because if you can have public schools providing you educations which is as good quality as private schools, that’s a pretty compelling reason to be here,” says Dennis. The Camas school district is in the top three within the Portland metropolitan area and top five within Washington State.

The area’s housing boom is being driven by economic growth, and it offers a stock of existing housing with new homes being constructed within a wide price range.

The Camas-Washougal area is home to about seven hundred acres of parks, over thirty-five miles of trails throughout the community, and it is in the process of acquiring more open space and constructing additional trails.

Camas 2035 is a detailed plan for Camas’ future growth and development. This update of the City of Camas comprehensive plan, that was first prepared in 1963, was released in mid-2016. The purpose of this update is “to ensure that. In 2035, the city, which was incorporated in 1906, remains a vibrant and diverse city that meets the needs of its residents.”

The plan has a vision of a diversified economy, family wage jobs, vibrant neighborhoods that are livable and stable, a tremendous school system, outstanding public services and a natural environment. Camas 2035 focuses on six areas to achieve its vision and ensure long-term economic viability including land use, housing, natural environment, transportation and street plans, public facilities, utilities and services and economic development.

Through comprehensive, long-range planning, Camas and Washougal are better-positioned to anticipate the future and take matters directly into their own hands as they welcome businesses in the years to come.

“With our economic development association, there is not a business that is too small or too large for us,” says Dennis. “CWEDA is a pretty nimble organization, and we are linked in with a lot of other quasi-public professionals. So if there is something needed for workforce development or business incentives, if it is not something our organization does not directly offer, we are able to facilitate discussions with other organizations that do offer those type of incentives, like worker training and things of that nature,” he says.

“We are a very pro-business community. We are there for not only bringing a new business, but once you’re here, helping meet your needs. If there are regulatory issues, training or even site location, we can help just about anybody find what they need.” 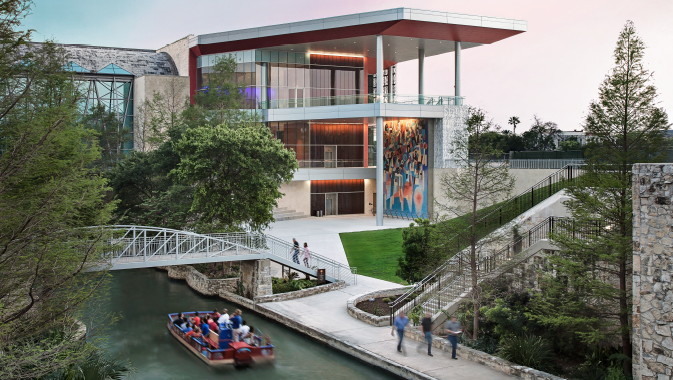