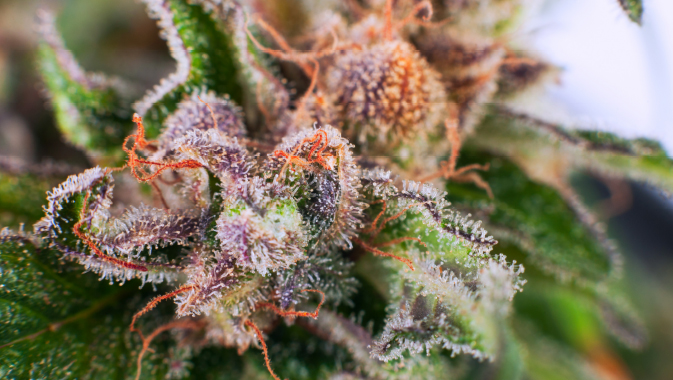 This is the third article Business in Focus has undertaken with the highly popular Colorado recreational dispensary. Euflora is a true example of how to flourish in a new industry. Cannabis and its by-products have now been legal since 2014 in Colorado, and infrastructure is improving, schools are being built, and affordable housing is on the rise. It is also important to note that crime rates have gone down, and the number of drunk driving charges has fallen. It sounds completely unlike the dystopian world naysayers had predicted.
~
Despite all the obvious advantages, Euflora has had to work hard to expand and become legitimate in the eyes of the federal government. When last we spoke, in November of 2016, Euflora was still running a cash business and constantly worried about being robbed. Its attempt at a license in Thornton fell through, and barriers to entry were still prohibitive.

It is not all negative, as the industry in Colorado enters its fifth year. Business in Focus spoke to Euflora’s CEO Pepe Breton about the events of the last two years, expansion, getting out of the cash business and the huge event that will take place in April.

Colorado officials and police claim that April used to be the most difficult month for crime statistics. However, this is changing since legalization. “I have talked with the police, and the belief now is that April is the most peaceful of months here in Colorado. It just so happens that April includes 420,” says Pepe. The twentieth day of the fourth month – also known as 420 – is the international counterculture day of marijuana smoking.

Sales of the once-illicit drug have continued to rise, but this is not the case for all dispensaries in the state. In 2017, Euflora saw an increase of 25 percent in sales at its three Colorado stores, but many other dispensaries have seen sales drop. Why then has Euflora thrived in this highly competitive market? Euflora’s dispensary model includes the use of tablets, but success goes beyond its use of technology.

“Our model has certainly worked great. People like to be efficient. They want to come in and check out. We ran some numbers and observed through our cameras that people usually stay for an average of four minutes, make their purchase and leave. In other stores they wait in a mantrap,” says Pepe.

A ‘mantrap’ is a room that can be found in the vast majority of other dispensaries in which customers are forced to sit and wait for upwards of ten minutes before being permitted in the store, where they might shop for another fifteen minutes. In a mantrap, the customer is almost detained in a holding room, and identification is checked before they can enter. It is put in place to stop people from stealing and is reminiscent of times past when those who partook were treated like criminals. Euflora, in startling contrast, employs modern, open spaces in which customers are free to browse and explore the products.

“We have had no issues with theft and have armed security guards at all the stores, but location is also key, as we are in a mall. We strive to locate in what I call ‘A+ locations,’ and we do our research to find strategic locations,” says Pepe.

Euflora was vying for a license in Thornton, Colorado, but unfortunately, this did not happen. Not known to give up, the company is getting a license in the city of Boulder and is currently applying for a permit in Aspen. The Aspen acquisition is a very exciting venture for the dispensary for obvious reasons, as the company will be catering to tour groups that come through and ski and snowboard culture is intertwined with cannabis use.

Full on expansion is underway, and Euflora has decided to be ambitious. It is putting applying for a Florida medical license. The chances of achieving it may be slim, but if it goes through Euflora will end up with twenty-five retail locations in the sunshine state via one license.

This approval also includes storefronts, cultivation and laboratory facilities. Florida has yet to legalize cannabis for recreational purposes, but California has recently done so as of January 1, 2018. Euflora is also looking to this state for potential expansion into the recreational arena, slated for the summer of 2018.

Back in November of 2016, Euflora had become vertically integrated, and the belief is that this will be the future of the industry, at least until it becomes federally legal. When that occurs, some people will only focus on large cultivations, and others will concentrate solely on retail. Currently, Euflora is increasing its margins and thriving by making and selling its own product for the most part.

The price of cannabis has stabilized since the last time we spoke with Euflora. It was on a continuous drop but is now selling at about $1,200 per pound. Five years ago, there were a lot of outdoor-grown products of poorer quality. Now that has been curbed, the price has leveled out.

“We end up growing about sixty percent of our sales and buy another forty percent from different vendors. We simply don’t have the capacity to do it all from within. We do not plan on producing one hundred percent of what we sell, as the investment is significant. When prices drop, so do the margins, and it becomes a headache. In the future, I can see 250,000-square-foot grow-houses and that all they will focus on. It may be the way to go when you don’t have to be vertically integrated,” says Pepe.

In the fifth year of legality, there are still small opposition groups holding up objecting. They believe that cannabis is a gateway drug to other forms of drug use, but the opposite is true. Law enforcement is a lot more relaxed about cannabis now and has realized that cannabis does not create crazy people or increase crime and violence.

“I have talked with many law officials and police enforcement officials, and they say that marijuana use is one of their lowest priorities. This has enabled them to have more time and resources to focus on harder drugs,” says Pepe.

Euflora focused on edibles as the newest trend back in 2016. Now, the movement has shifted somewhat to concentrates which include waxes, shatter (high THC content) and rosins. Edibles consumption is still high, however. Currently, the sales breakdown sees forty percent edibles, thirty percent flower and thirty percent concentrates.

“Rosin is a straight up flower that is pressed with heat, and that produces an oil that you can smoke. It is also very powerful, and when tested, comes out at eighty to ninety percent THC. When you smoke marijuana, it only includes twenty to thirty-five percent THC content,” says Pepe.

Since November of 2017, the company has been preparing for a 420 event that is held at the Civic Center Park in Denver. The Euflora-hosted Mile High 420 Festival is the largest cannabis event of its kind. Pepe stated, in a Euflora press release, that the goal is to make the event, “a celebration of legalization, normalization and the responsible choice adults are free to make in Colorado.” There will be music, food and culture, including a morning yoga session.

“It is known as the largest 420 party in the world and attracts forty thousand to sixty thousand people every year. We received a permit from the city of Denver to throw this event. We are the main sponsors playing host to sixty thousand people! A lot of work is going into this, and a ton of money is being spent on security, fencing, stages and talent,” says Pepe.

Euflora is proud to announce that Lil Wayne, Lil Jon, Bob Marley’s original band The Wailers, and Inner Circle will be part of the show. “We will also have a graffiti expo and comedy stage to go along with a local stage. This stage will have local bands playing, and the main stage will have all the international acts,” says Pepe. The festivities begin at 10 A.M. and go until 8 P.M.

With all the expansion underway and sales reaching new heights, the next logical question has to do with how the cash business is faring. Have the banks finally relented and embraced this new industry? With success surrounding the legal sale of cannabis products, Euflora has finally been able to acquire the needed services of a bank.

“I can’t give the details, such as the name of a bank, but it is a credit union in Colorado. It hand-picked the largest, legitimately-successful ventures in the industry and by invite only. Bottom line: we finally have a bank account,” says Pepe.

Every day at Euflora, armed cars and security pick up the money. Back in the day, staff had to be on site in numbers to count the money, make deposits and pay vendors. Now, Euflora can cut checks instead of cash payments. “If you were to ask me, the biggest accomplishment of 2017 was our ability to bank,” says Pepe. 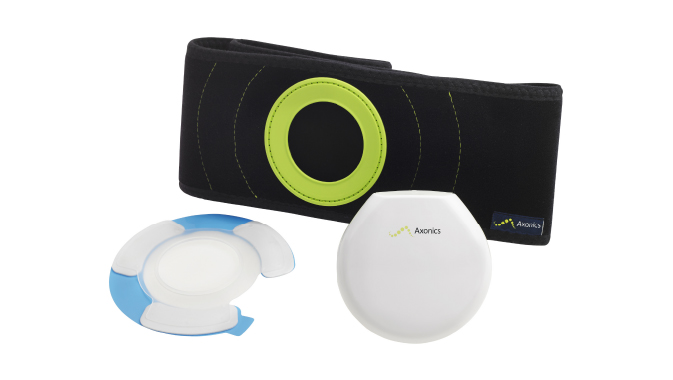 Axonics Prepares for Introduction of its Sacral Neuromodulation System