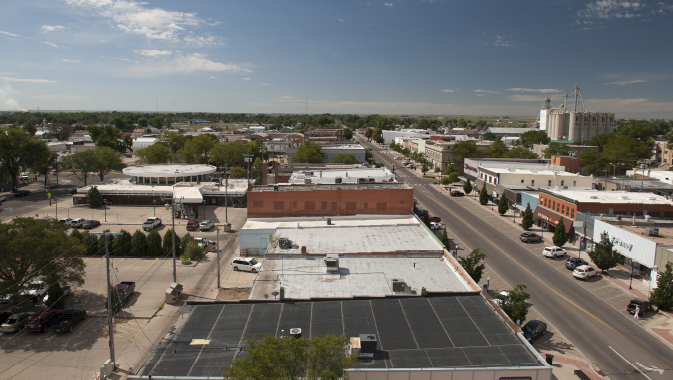 Morgan County has the most diverse manufacturing economy and the second-oldest economic development corporation in the state of Colorado. The county’s EDC works to advance the economic prosperity of the region through workforce development and improved infrastructure. We spoke with Marketing Specialist Tyler Purvis, from the City of Brush; Economic Development Consultant Kari Linker, representing the town of Wiggins; and Morgan County Economic Development Corporation (EDC) Executive Director Greg Thomason to find out more.
~
Morgan County, Colorado has a population close to 30,000 and encompasses the town of Wiggins and cities of Morgan City and Brush. The county lies within the eastern plains of northeast Colorado, with its county seat of Morgan City approximately eighty-three miles from the Denver area. Its landscape is highlighted by the South Platte River, which creates low-lying river bottom land, with predominantly agricultural land around it.

A variety of attractions bring people to Fort Morgan, Brush and Wiggins. A Glenn Miller Festival occurs every year in Morgan City, and people come from all over the U.S. for that. Famous science fiction writer Phillip K. Dick, of Blade Runner fame, had a festival in his honour for the first time last year. His headstone is in Fort Morgan.

“We have a three-day rodeo in Brush that attracts about 10,000 people, and it includes a parade that brings them in from the county. Hunting is also a big draw here,” says Greg. An annual three-day music festival “brings in popular bands from the eighties. 5,000 people come to see the likes of Loverboy and Foghat. It is a free event driven by sponsorship,” says Greg.

Agricultural production drives Morgan County, and principal crops include silo corn, sugar beets and beef. “We are number two in the state for dairy production. We have fourteen dairies in Morgan County. We have more cows than people at close to 60,000. This has driven a lot of our industry. We are home to Cargill Meat Processing, and they employ 2,100 in the region,” says Greg.

“We also have a lot of service jobs for the oil fields. We have a very diverse economy that was recently recognized by Brian Lewandowski, who is a senior researcher at Leeds School of Business, University of Colorado Boulder,” says Kari. Due to the diverse manufacturing base, Morgan County is affected less by recessions and is quick to rebound from these cycles.

Morgan County has the highest per capita job rate in Colorado, four times greater than the next county on the list. According to Kari, the area maintains its job level because past economic development agencies “were involved in one of the first major water pipeline programs, which provided Morgan County with an excellent source of runoff water. Based on current projections, we have a sixty-year supply of water.”

It is a semi-arid environment here, but well situated as far as water resources go. Many food production facilities have come to Morgan County based on this supply of quality water, and it has driven much of the manufacturing that has flourished here since the first pipeline. Another project is underway that could extend the water supply further.

Manufacturers want to save supply chain costs, and so Morgan County is ideally situated along the east-west Burlington Northern Santa Fe railroad line as well as having the I-76, with north-south intersections of state highways leading to other interstate connections. “That transportation hub is very important for seeing why Morgan County has strong growth in manufacturing. When I took this job two years ago, that was one of the target industries outlined as a principle goal for me,” says Greg.

Morgan County EDC has been very fortunate in connecting with the Colorado Technology Association (CTA) as part of its mission to find ways that rural Colorado could benefit from the boom of technology-related employment along the I-25 corridor.

“They have been very helpful in connecting us to work with Blue Lightning Internet to create technologies, training and jobs here in Morgan County, as a way of bringing high-paying jobs to the county and giving our youth a sense that they don’t have to move away to fulfill their goals of getting involved with technology jobs,” says Tyler.

Blue Lightning’s internet and telephone services have been a catalyst for conversations between the EDC and outside parties interested in moving jobs to Morgan County. Blue Lightning developed its fiber optic internet infrastructure eight years ago, and every business or residential customer in its service area has access to the service.

“To get gig certification means that companies can connect anywhere around the world, using fiber optic capabilities. This is very attractive to several industries, and we have also garnered the interest of Morgan Community College in talking to us about putting together specific training programs that would qualify people for entry-level Tier 1 tech jobs,” says Kari.

The goal is to create a foundation of technology jobs that will attract more technology-related industries to the area. Land and building costs have become so expensive along the I-25 corridor but are cheaper in Morgan County. “The other little-known component that lends to our preferred standing in talking to these companies, is the fact that our electric transmission lines have a lot of capacity. Capacity is one of those things that is in short supply along that front range region that has developed so rapidly over the last ten years,” says Greg.

Housing is a primary concern, whether it relates to the front range area along the I-25 or any of the rural counties in the state of Colorado. Realizing that and recognizing that Morgan County has a large manufacturing base that requires housing in the area, alternative funding sources are being looked at to bring new development to Fort Morgan and Morgan County.

A program that came out of that is a multi-family housing project that is still under discussion with a developer from the front range. The EDC used a real estate investment trust that was set up specifically to help underserved and rural regions build multi-family housing to increase economic stability and growth.

“The outcome has yet to be finalized, but we had meetings last week, and have a financial plan in place that will allow the project to go forward. If it goes as currently planned, it will bring in two hundred multi-family units to Fort Morgan, and it would be set up at market rates, which is the biggest shortage of housing that we have here,” says Greg.

Kari and Tyler also have housing projects that they have been working on to serve different areas of that market. In Brush, in the eastern part of the county, there has been a natural expansion moving toward Morgan County. With the housing shortage, Brush addressed that in various ways.

“The city has offered some incentives to reduce costs by 50 percent to put infrastructure in the ground, which is very affordable for people that want to build. We have partnered with people at the grassroots level to tackle some community challenges, with housing being one of those,” says Tyler.

Brush has joined with other tax districts to develop action plans that will make it more appealing for individuals or developers to purchase land for a housing project. There are currently forty-eight lots ready for development, and the local realtors are in partnership with the landowner to do that.

Housing on the western side of the county has quickly built out over the last year in Wiggins. “One of the beautiful things that has happened there is they have actually had outside investment come into the community and develop what is now called Kiowa Park. It is a phased housing subdivision. They are in the first phase now, with sixty-five lots and have approximately fourteen homes built there by four different contractors,” says Kari.

Still to come is multi-family housing and parkland. Presently, the project encompasses only single-family homes in the $250,000-$350,000 range. The town of Wiggins used to have nine hundred people and now has over one thousand. By 2035, it could be close to four thousand, but it must add water service and so is now expanding the sewer system.

“There are a lot of infrastructure needs for the town around this growth, and a new school is being built,” says Kari, who notes that it is attracting many people to the area. “It is still rural, but we are only sixty miles from Denver,”

Morgan County hopes to become a target area for renewable energy over the next twenty years. Utility company Xcel Energy recently took a request to the Colorado Utility Commission to expedite its plan to increase its development of renewable energy.

“This is being driven by state mandates in place that will require public utility generators to receive 30 percent of all their energy from renewable resources by 2025. It is an expedited process of thirty-four suitable areas for renewable energy, and of course, rural Colorado is ideal for that, and Xcel Energy recently announced $2.5 billion plan to facilitate new development in natural gas, wind and solar generation,” says Kari.

Xcel also owns and operates a 360-megawatt coal-fired power plant in Morgan County, and there is a natural gas a co-generation plant in the city of Brush, so the county is ready for electric energy production.

Part of the infrastructure plan includes a new industrial park. As more jobs come this way, and more people move here, everything will be in place for growth. “This industrial park is on what is known as the Ports to Plains Highway. It is a major highway development project that has been managed and funded by the state highway department, all the way from Texas and up to North Dakota,” says Greg.

It was designed in 2000 to simplify transporting products between Canada and Mexico, with stops along the way through the U.S. It helps divert traffic away from urban areas and allow the truck traffic to be less impeded. This highway goes right through the city of Brush, and that leg of the highway is under study by an engineer, for recommendations on the best way to upgrade it and make it more accessible by truck traffic.

Finally, one of the reasons for the success and sustainability of Morgan County is that it is home to a community college that is responsive to business and industry. It meets workforce needs and educates youth.

“Not every community is blessed to have a community college in their backyard. Through my work in the EDC, that really supports the overall infrastructure for healthy communities. We have a highly integrated health care system here in Morgan County, with two regional hospitals serving that, so that is another aspect that makes us successful and sustainable. Quality jobs come with that, and we are very fortunate,” says Kari. 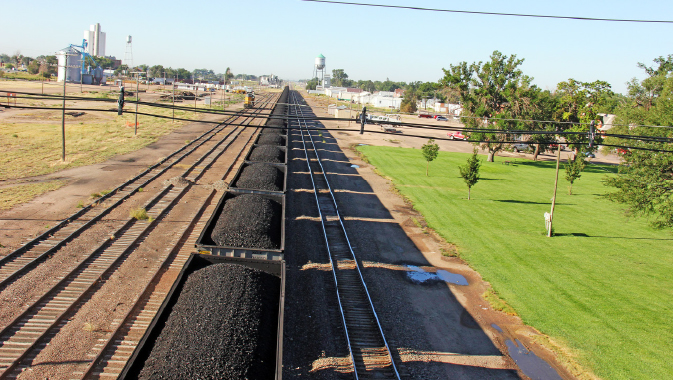