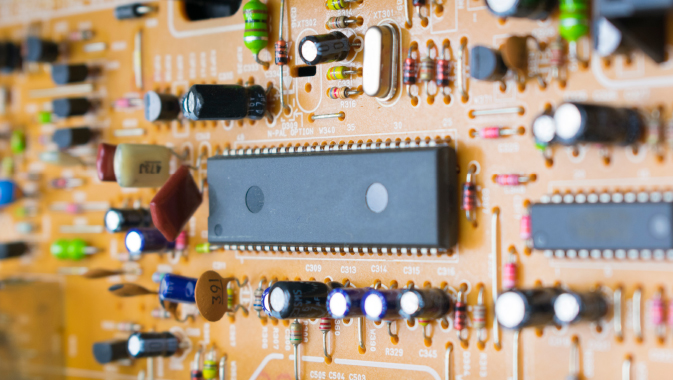 API Delevan of East Aurora, New York, designs and manufactures electronic components and products, including RF (radio frequency) inductors, power inductors, EMI/RFI (electromagnetic interference/radio frequency interference) suppressors and transformers. This specialty manufacturer has customers in the aerospace, military, medical, avionics, consumer electronics and communications sectors; strong values; and multiple quality certifications.
~
API Delevan distributes its products worldwide through a variety of international partners and also sells directly to consumers. The company prides itself on having a reputation for quality, reliability and technical support that is second to none. This intense focus on quality and reliability is understandable given the nature of what API Delevan does; components in, say, an airplane or a space vehicle have to work perfectly. A sub-performing part or product can mean catastrophic failure, injury or even death.

The company was initially founded as Delevan Electronics back in 1947. In the year 2000, it was acquired by Danaher Corporation. In 2016, Danaher divided into two individual businesses and API Delevan became one of the industries run by the Fortive Corporation (FTV), based in Everett, Washington.

Fortive describes itself as “a diversified industrial growth company comprised of professional instrumentation and industrial technologies businesses.” Revenues for Fortive stood at $6.7 billion in 2017 and the company has employees in over 50 countries. Fortive emphasizes integrity and the notion of “Kaizen” (a Japanese workplace methodology built around the notion of continuous improvement) in its operations.

API Delevan maintains several industry certifications, including ISO 9001: 2008 and AS9100C (the company is updating to ISO 9001: 2015 and AS9100D). The firm is also accredited to military standards (known as MIL-STDs or MIL-SPECs) that allow it to compete for defense-related work. As such, API Delevan has a long history of completing projects for military clients.

Innovation is a key driver at API Delevan. In July of 2016, for example, the company released the C0603 miniaturized chip inductor series, an extension of its 0603 family of wirewound surface mount chip inductors. Intended for commercial applications, the C0603 series was designed with magnet wire and high-temperature ceramic cores and mechanical ruggedness and temperature stability in mind, states API Delevan on its website.

In addition to its product line, the company is proud to offer comprehensive technical support.

“Our engineer to engineer support services are the foundation of our business. With engineering support offered via phone, email and through online chat, we offer solutions in hours, not days or weeks,” states API Delevan literature.

According to a company posting, API Delevan can offer “value-add test lab services to MIL-SPEC test methods, key industry standards and customer-specified requirements, including: mechanical shock and vibration, solder reflow testing, XRF testing, life test, temperature cycling,” and more. Adding these services means the company can position itself to customers as a one-stop shop for comprehensive engineering and testing solutions.

“We firmly believe value comes not just from the quality of our products, but also from the experience and resourcefulness of our engineers,” reads API Delevan literature.

The company is also committed to only dealing with suppliers “that share our values regarding respect for human rights, integrity and environmental responsibility,” as a notice on the company website puts it. In practice, this means only working with vendors who source conflict-free minerals and use conflict-free smelters. Conflict-free minerals is a term used to describe minerals that aren’t being used to finance conflict in war or violence-prone regions.

API Delevan engages in outreach to recruit potential new employees. The company took part in a recent job fair at the University at Buffalo (part of The State University of New York system), for example. The company also promotes itself through an active social media presence with profiles on LinkedIn, Twitter, YouTube and Facebook.

There have been a few bumps along the way. In early 2000, for example, the API Delevan plant had to be evacuated after a fire broke out above the facility’s dropped ceiling. The fire caused structural damage, which was compounded by smoke and water damage from the fire crews dousing the blaze. But local media marveled at how fast API Delevan put its operation back in order following what could have been a calamitous event.

“One week after the fire, the plant is pristine. Workers removed the dropped ceilings, sealed the ceilings with a type of resin, painted the existing ceilings, removed the interior walls and repainted everything. Even the cafeteria’s walls were water-stained and these were repainted, the ceilings replaced,” reported the January 11, 2000 East Aurora Advertiser, a newspaper in New York State. Some 150 people working 12-hour shifts on a 24/7 basis for a week handled clean-up duties.

The Advertiser noted that API Delevan components “have gone into the Mars Land Rover and the Space Station plus almost all communication satellites.”

Following the fire, however, many of the parts API Delevan had been manufacturing in the facility were discarded. Some of these parts were so delicate and high-precision, management didn’t want to risk even the slightest chance they had been damaged by fire or water. Discarding so many valuable components might have been a tough choice, but the move exemplified API Delevan’s commitment to provide nothing but the best. 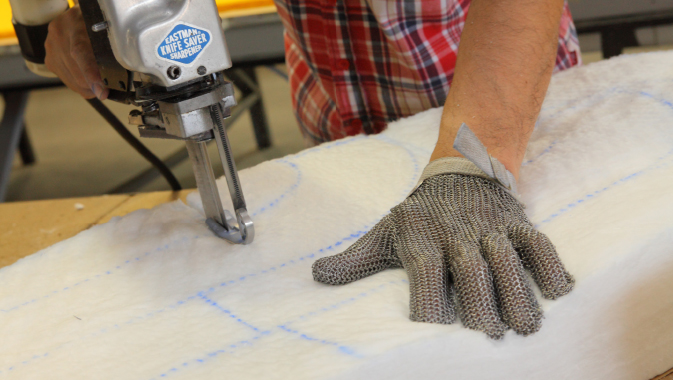