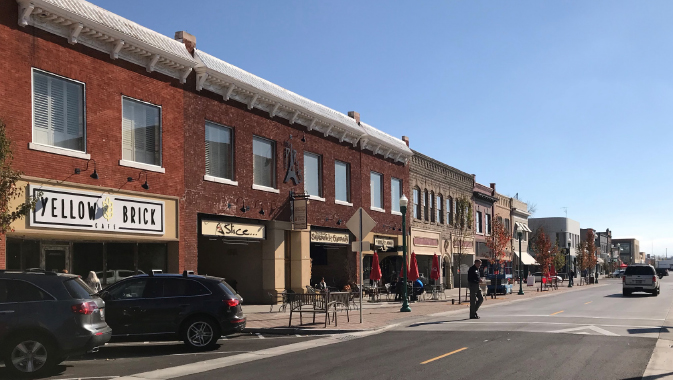 Historically, the area of Twin Falls was known for its location between larger cities in Idaho that were founded much earlier. In 1900, it was composed primarily of desert until Ira B. Perrine, an entrepreneurial-minded farmer and investor made plans to build a canal system that would irrigate the area and make it productive farmland. Agriculture is still the backbone of the economy in Twin Falls today. There is a wide assortment of food produced in the area including potatoes, sugar beets, onions, wheat, dairy and beans.
~
Because of Ira B. Perrine’s inspired irrigation, the city of Twin Falls now sits in what is known as the Magic Valley, and the population grew from a few hundred to eight thousand in about a decade of its founding. “In the vicinity of Twin Falls, reclamation was responsible for the cultivation of almost 600,000 acres, and the settlement it attracted led to the development of new towns such as Jerome, Rupert and Burley, augmenting and securing Twin Falls’ role as the regional commercial center,” according to the city’s website.

The city’s population has increased steadily since 1990. From 2000 to 2005, the population increased by twelve percent to 38,600 people. Today it has reached 48,000 residents, and long-term projections estimate that the community will have grown to 66.500 people by 2030. Twin Falls has now grown from a micropolitan to a metropolitan statistical area, which has political and funding implications but also symbolizes the maturation of the community.

The healthcare industry is the largest employer in the city. The St. Luke’s Medical Center recently opened a 700,000-square-foot facility in Twin Falls. Yogurt producer Chobani has the largest yogurt manufacturing plant in the world here with approximately one million square feet under roof and a $20 million office building for research and development. Glanbia, a company that makes cheese, and ConAgra Foods, a company that produces potatoes and other foods, are other large employers in the area. The unemployment rate in Twin Falls is very low at 2.3 percent.

Most of the challenges for the economic development team are workforce related. It often hears from companies that would like to add another product line or expand in some way, yet there is not always enough workforce available. To address this issue, the economic development organization partners with the colleges in the area to develop incentives for educational attainment and raise awareness about the growth potential in Twin Falls.

Twin Falls is the perfect place to experience the wonders of nature. Shoshone Falls is a popular tourist attraction just three miles northeast of the city. This breathtaking waterfall on the powerful Snake River is one of the largest natural waterfalls in the United States and commonly referred to as the Niagara of the west. The must-see destination is 212 feet high, 900 feet wide higher than Niagara Falls but not as wide.

The well-known Perrine Bridge connects Jerome County to Interstate 84 over the Snake River Canyon and is the only structure in the United States that does not require a permit to jump from with a parachute or wingsuit. Base jumping has become a popular activity in the city, and many residents live in the area expressly to take part in extreme sports. The bridge has been used responsibly for many years. Jumpers are respectful of each other in hopes that no permit will ever be required. A record was recently made on the Perrine Bridge for the highest number of jumps in a twenty-four hour period.

One hour to the east of Twin Falls, the Pomerelle Mountain Resort is very popular among tourists for skiing and other winter activities. Sun Valley Resort is another renowned ski resort one hour to the north.

This area has the best of both worlds; there is plenty of space available around Twin Falls for residents to enjoy the desired amount of privacy while maintaining proximity to a city with great recreational activities and a good-sized downtown with a variety of amenities.

The city of Twin Falls has invested significantly in its downtown area in the last few years. “Since 2012, we have put about $24 million into our downtown: $9.5 million for a new public safety complex, five million for a new city hall and then six and half for Main Avenue,” says Nathan Murray, the director of economic development and urban renewal. Nathan is primarily in charge of promoting the city and is also a project manager for some key infrastructure projects.

The economic development team has plans this next year to construct the Twin Falls Commons plaza for $2.4 million and will invest approximately $5 million in the restoration and improvement of the utilities and alleyways to enhance the quality of life for its citizens. The goal is to set a good base for future infrastructure, which is fundamental for continuous growth.

Twin Falls is in a convenient location for transportation and logistics. “We look at ourselves as a hub for the transportation and distribution of a lot of these agriculture products that come through here or are produced here,” says Nathan. “You’re within a day’s drive of Seattle, San Francisco and Los Angeles to get to Asian markets.”

Twin falls has had a sizeable refugee population for a number of years, and the College of Southern Idaho Refugee Center in Twin Falls was designated to assist with the refugee resettlement program. It is a large part of the community, but since the last election cycle, the city has unfortunately received some backlash for accepting refugees from Syria.

The conservative state of Idaho considers itself to be open-minded and wants others to see it as a friendly, inclusive place, and for this reason, it passed several neighborly city resolutions. The city has a mosque, a synagogue and a range of churches to foster diverse religions.

The most valuable feature of the workforce in Twin Falls is a dedication to hard work that is present in all of the members of the community. “Aside from the low costs, I think there is such a thing as an Idaho work ethic,” Nathan says. “You’re not that far from someone who works on a farm or grew up on a farm. There is just an extremely diligent workforce.”

The city is not immune to economic upheaval. However, its economy survived particularly well during the last recession, possibly due to its prominence in the food and agriculture industry. Even in the worst of times, people need food to live.

“I think there is potential here to have a big impact.” Nathan compares Twin Falls to larger cities in the area and believes that Twin Falls has the power to emerge as a dynamic and influential city. “Here in Twin Falls, you can be involved at a pretty intimate level by being on certain boards and commissions and volunteer in different ways. It can have an impactful reach compared to elsewhere. It is easier to stand out here.” 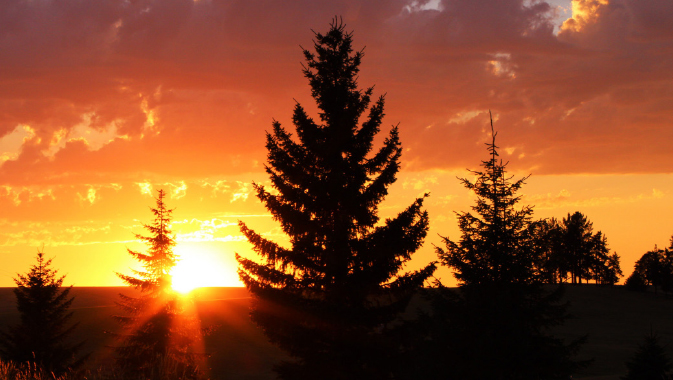 Latah County Is Open for Business