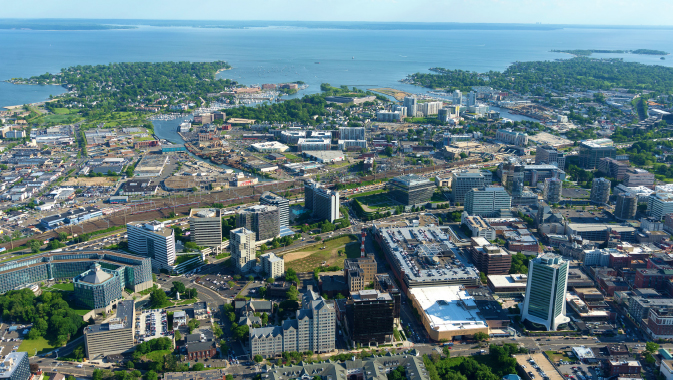 Stamford is the third largest city in Connecticut and is conveniently located only thirty miles away from Manhattan. The city has the largest digital media and financial districts in the Greater New York City metropolitan area outside of New York City itself. Stamford is home to nine Fortune 1000 companies with four of those companies in the Fortune 500 company list
~
Stamford has experienced explosive growth since its last feature in Business in Focus with a continuing six billion dollars’ worth of development within the city. Stamford was recently ranked seventh among 209 locations as an “American City of the Future” for its overall economic growth by FDi Intelligence, a division of the Financial Times that studies foreign direct investment. FDi ranks cities based on economic potential, human capital and lifestyle, cost effectiveness, connectivity, and business friendliness. In addition to its overall No. 7 ranking, Stamford placed second for its level of connectivity and ninth for economic potential among cities with populations between 100,000 and 350,000.

One of the factors leading to this top ranking has been the investment into Stamford Innovation District. Stamford was officially designated an “Innovation Place” by CTNext, the State of Connecticut’s venture capital arm. The city received a $2 million implementation grant that will allow for the creation of an innovation district: a five-square-mile area encompassing the Downtown and South End neighborhoods. Innovate Stamford is an association comprising the City of Stamford, the Stamford Partnership, Ferguson Library, Business Council of Fairfield County, Building and Land Technology (BLT), Downtown Special Services District (DSSD), and a number of other public and private partners. The members all share a vision to create a city that is collaborative, walkable, digitally enabled, and connected to New York and other Connecticut cities via the Stamford Transportation Center.

Innovate Stamford has a number of projects that will enhance the city through investment into mobility within the city, connectivity to startups and businesses, and support for entrepreneurial companies within the region. These projects include Gigabit Wi-Fi network that will provide free high speeds internet access around the Stamford Transportation Center and the city’s downtown parks. This project is part of the Mayor’s Initiative to provide ubiquitous Gigabit Wi-Fi coverage in the Stamford Downtown and South End areas. The Gigabit Wi-Fi network will also be part of the backbone for the city’s autonomous vehicle zone. Stamford has been designated by the State of Connecticut as one of the test spaces for autonomous vehicles. It has already found several hardware and software companies to begin testing in Stamford. The city expects to have their first autonomous shuttles running by 2019. The District also includes several digital and financial incubators and accelerators. Another project the district is working is an expanded bike share program that will extend throughout the Downtown and South End of Stamford and should be completed by end of 2018.

The city has also invested considerably into an eighteen-month-long project of intersection improvement as well as the re-timing of street lights to allow traffic to move along more freely with consistent green lights. To create more efficient transport to and from Stamford, the city is currently in the process of planning a high-speed ferry that will leave Stamford and enter the Wall Street area of New York City in approximately fifty-five minutes.

To help visitors to the city, “We are completing a wayfinding study that will help people navigate their way from the highway and from the trains and shuttles at the Stamford Transportation Center. The project will entail taking a multi-tiered approach to directional signage that will allow people to reach major destinations in the Stamford Downtown and South End areas,” says Thomas Madden, Director of Economic Development for the city

Stamford continues to lead the area in new residential development construction. The URBY residential housing project has begun construction in the city’s infamous four-acre ‘hole in the ground.’ The residence is planned to hold six hundred and forty-eight units among eleven connected buildings. It will also have a café and fitness center. “It has been one of those projects that we’ve been wanting to see take off for the past thirty years and has finally come to fruition. We are thrilled about it because it is adding diversity to our housing stock,” says Madden. “The location is excellent as it is within walking distance of both the shopping mall and the Stamford Transportation Center.”

Stamford is expected to become the second largest city in the state, overtaking New Haven with a population of more than 130,000. This is partially due to the fact that Stamford has one of the lowest median ages in the state. With all of the new apartments and events attracting younger people out of NYC, the average age of the population has continually dropped over the past few years, to its current level of 35 years old.

Stamford is an exciting place to live. The Mill River Park Collaborative (Mill River) and the DSSD regularly host events that are well known in the region. Mill River Park just opened its carousel to the thrill of all of the young families last year and expects to have their new water park, which converts to a wintertime skating rink, open this spring. Mill River offers year-round programing in the park for all age groups. Several of the most popular events include the food truck festival, Cantoberfest – an Oktoberfest inspired event – and evening fitness classes. The DSSD hosts Alive@5, one of the largest concert series in the region, which requires extra cars are added onto the train to make room for more passengers to attend the event. The DSSD also host the largest Thanksgiving Day Balloon parade outside of NYC, with over 150,000 people in attendance.

According to Mr. Madden, who also sits on the executive board for the Connecticut Convention, Tourism & Sports Bureau, the city has been experiencing a large increase in day trips from tourists, especially for its wide variety of happenings.

Stamford has been experiencing a significant amount of business growth in the last couple of years. Germany-based beauty, laundry and home care company Henkel North America is the largest company to call Stamford home in the past year. The company relocated from Arizona, taking up space in Stamford’s 16.5 million square foot office market.

“Stamford is also home to NBC Sports Group, which is the headquarters for all of the Olympics broadcasting,” says Madden. “In terms of any Olympic broadcast you see on NBC, it all comes through Stamford and then goes out. We also have a large, growing digital media company roster here.” Stamford has the Yankees Entertainment and Sports (YES) Network, A+E Network and is the headquarters for World Wrestling Entertainment Inc. WWE recently purchased two new buildings here and announced that the XFL broadcasting will come from Stamford.

Charter Communications is constructing a brand new, 500,000-square-foot building and is planning to expand to about 1,500 employees by hiring five hundred more people over the next few years. Gartner, one of the chief computer consulting firms in Stamford, plans to expand from its current 1,250 people to 2,500 people over the next five years.

In the biotechnology sector, for-profit health information and genomic testing company Sema4 – a spinoff of the Mount Sinai Health System that analyzes data from genome testing – plans to build additional laboratory spaces, and will most likely expand its office further in the next years.

Stamford has seen nearly 900,000 square feet in new commercial lease signed, including Henkel North America, Bank of America, ISG, Omnicom Group, Aircastle Limited, and First Reserve. This has become a popular destination for businesses due to its access to a large workforce in the area and its conveniently accessible location along the Boston-Washington Corridor. “When you look at a thirty-mile radius of Stamford, there are about 1.6 million people to draw upon, and there are about fifty universities in the area, and because of the excellent train and other transportation access, you can get here right away,” says Madden.

Another bonus for businesses is that while Stamford is close to New York City, it is much more affordable. The office space located adjacent to the Stamford Transportation Center in Stamford rents for $45 per square foot, whereas in NYC, this would be around $70 to $150 per square foot. As you move away from the train station the prices drop even more. The tax incentives in Connecticut are an additional enticement, as the state’s taxes for doing business are much lower that the surrounding states.

Stamford Mayor David Martin continually finds ways to add to the quality of life in the city such as improving the parks and recreation areas and the school system. “We are making sure that we have everything we need to support the economy as it continues to grow,” says Madden.

The city is also working to enhance the quality of its beaches, which are popular attractions in the summer months. The summer is an ideal time to be in Stamford as there is abundant access to water all over the city. People are always out kayaking, sailing and swimming; it is the perfect escape from the big city life next door.

Stamford has over three hundred restaurants, and over one hundred of those are concentrated in the downtown area. Residents are proud of the many nationalities that are represented in Stamford’s plentiful restaurants. It is an ideal city for food selection and also for craft beer. A new brewery recently opened in Stamford called Lock City Brewery, and its fast success is motivating it to consider expanding into a new building to keep up with growth.

Stamford’s proximity to New York City improves its ability to grow with industry-leading businesses and a highly technical community, yet it is much more affordable and offers a very different quality of life than a big city. Stamford plans to continue its growth with its diversified economy and to become more technologically-based as the years go by.

“We are continuing down the path of having a highly diversified economy,” says Madden. “We have been known as a manufacturing city transitioning into a financial city, but what we are looking for now, as we move forward, is that diversity among the financial sector, the digital media sector and the consumer products sector to create a unique ecosystem that companies look for.” 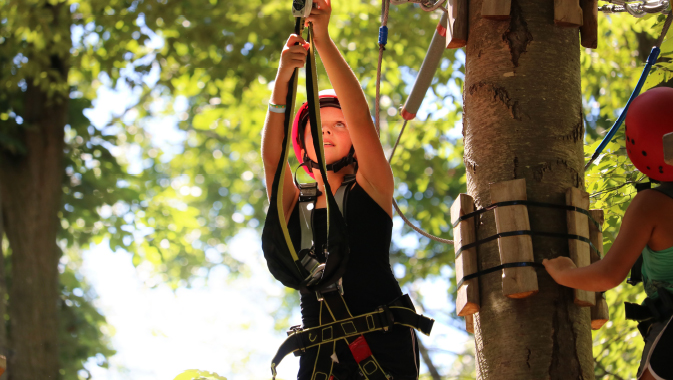