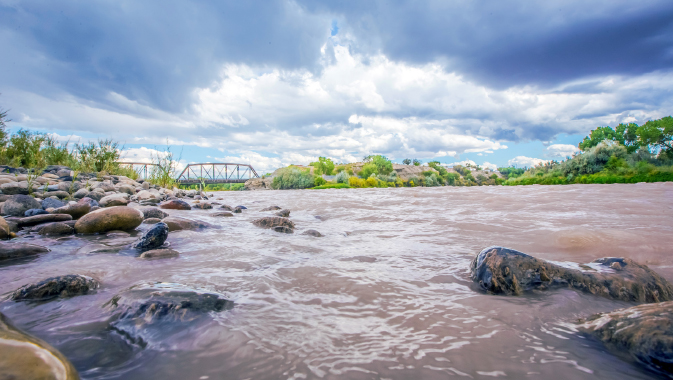 If you have been to Grand Junction, Colorado lately, you may have noticed its new and vibrant economic climate. Business development is booming, and the growth is palpable. The organization behind this positive shake-up is the Grand Junction Economic Partnership, a 501(c)(3), non-profit organization, created to generate jobs and diversify the economy of Grand Junction and surrounding municipalities in Mesa County. Part of its mandate is also to recruit businesses from out of state to settle in the area, with a host of free services and support to ease the transition as much as possible.
~
The Grand Junction Economic Partnership typically connects new enterprises to local resources like commercial real estate and access to the workforce. In addition, the organization has a number of state, county and city incentive packages that it offers qualifying companies. Incentives are usually based on the number of people hired into the area or the capital investment being made. These incentives guarantee significant savings, often in the form of tax rebates. This helps new business arrivals to offset some costs, setting up for long-term success.

Mesa County was the birth place of Colorado’s Rural Jump Start Tax Credit program, which focuses on distressed local economies and provides further large incentives – sometimes millions of dollars in tax rebates. These are tied to the number of people hired; whether those people are making at or above the median salary; and a partnership with Colorado Mesa University, based in Grand Junction.

I spoke with Robin Brown, executive director and newest member of the team, about her role and the impact of the Grand Junction Economic Partnership on the local economy. The energetic former army helicopter pilot and mother of two served in Iraq twice and took on her new job six weeks ago. Robin is very positive about the future of Colorado and the Grand Junction Economic Partnership’s contribution to the economic growth of the region.

On May 2, 1982, Exxon announced the closing of a large gas project in the area. Thousands of people were suddenly out of work, and the day of the announcement became known as Black Sunday. Historically, the local economy was extraction-based and was once famous for its uranium mines; but for the past few decades, it was mainly oil and gas that kept the commodity-based economy alive.

However, these go through boom and bust cycles, and from 1984 onwards, Mesa County lost thousands of jobs, hundreds of businesses went bankrupt, banks went under and the county was devastated. Its community was in dire straits and had to come up with alternative economic bedrock, fast. Since then, the demographic has changed dramatically. In 1984, a group of local citizens got together and formed the Mesa County Economic Development Corporation to attract businesses that were preferably neither extraction based nor from the energy industry.

This worked for some time, and businesses were recruited, but as Mesa County sits on Piceance Basin, one of the largest reserves of natural gas in the country, the gas industry always made a comeback. With every boom, people would prosper, and they would forget about the need for diversification until the next bust cycle.

In 2008, oil and gas prices tumbled again, and Mesa County lost about 8,000 jobs in two years. The impact was devastating. By now, the county had gone through this cycle for the third or fourth time, and diversification was at the top of the agenda again.

The Mesa County Economic Development Corporation was rebranded as the Grand Junction Economic Partnership and a new strategy was developed to save the county and its people from financial ruin. The effort has been going for about five years, and the folks of Grand Junction and Mesa County finally see the payoff.

There are a couple of great successes about which Robin and the Grand Junction Economic Partnership team are particularly excited. The first is the arrival of Phoenix Haus, previously from Detroit. The company manufactures high-efficiency, modular homes with zero carbon footprint, mainly from German materials. The company saw most of its business coming from the region, and so it decided to move west after reaching out to the Grand Junction Economic Partnership. Over a few months, the team helped it find a location and got it running through the Rural Jump Start Program, which provided great tax incentives. It has hired four new people since its arrival and is now manufacturing its popular modular homes right here in Grand Junction.

The second company stirring great excitement is Sunshine Polishing which refurbishes gondolas for ski resorts and resort companies around the world. Its base is in Austria, and the Grand Junction branch is an extension. The team set the company up with a handsome incentive package and a beautiful lot by the river in the new river district that is being developed. “It’s a great business as well, and we’re really excited to have these two great companies here,” says Robin.

Grand Junction sees a lot of Denver’s market moving in, as the cost of doing business is much lower here. The organization finds that smaller and newer outfits that are not yet ingrained anywhere and have around ten to fifty employees are typically a good fit. Of course, expanding businesses are also suitable for the area, and most of the new businesses are owner-operated. For owners, part of the drive to settle here is to be able to manage the business while living in a cool place with a high-quality lifestyle.

The Grand Junction Economic Partnership team works very hard to bring economic growth to the area. Part of its work is visiting trade shows, where it collects data on businesses that would be appropriate and cold-calling them after the show. Considering the great job the team does at marketing the area, it is not surprising that these conversations often turn into positive connections.

One of its current projects includes establishing a foreign trade zone at the local airport that will lower duties on imported goods. This will help local manufacturers who import raw materials and other products to do business here. “Often the duties to import the material and then develop and sell product are cost-prohibitive.”

Historically, this has pushed manufacturing out of the United States,” Robin says. She calculates the Foreign Trade bill will be a solution to the high import duty problem. It will take between twelve to eighteen months to establish a full zone, and the organization is looking forward to see this come to fruition.

It is working on many public and private partnerships and developments. Often, the team facilitates negotiations to help move projects forward. One of its current development projects is its large river district and a big business park on the banks of the Colorado River, which runs through the city. The Grand Junction Economic Partnership’s vision of the city is that of an outdoor recreational hub.

In line with this idea is a new zip line park over the river, a whitewater park and a big work and play area, all along the waterfront. The project was the vision of local company Bonsai Design which makes aerial adventure courses and builds zip line parks all over the world. It took a year to secure the premises, but it is breaking ground within the next month, and the park will be operational within a year.

The Grand Junction Economic Partnership team is diverse. Founding member Denny Granum still serves on the board and provides crucial historical references. Deputy Director Steve Jozefczyk has been with the organization for three years and is the face-to-face contact person for new prospects. He does a phenomenal job and delivers fantastic customer service. “I feel he’s responsible for the successes we’ve had because he’s the guy who’s walking new businesses through the city and helps them to get what they need,” says Robin. Jennifer Seal is in charge of investor relations and helps to raise money, as people tend to forget that this is a non-profit organization that relies on donations to do its job.

It also works very closely with the local chambers of commerce, which primarily work to grow local business. The county has a business incubator center that helps the start-up community expand and a well-organized workforce center that connects employees with businesses and provides training. These groups get together at least once a month to track and develop the region’s economic growth in the best way possible.

According to Robin, the local economy is showing signs of the end of the last recession, and Mesa County can see new businesses coming in at a steady pace. There is much building development underway, and creativity is flowing.

While it is early and recession damage is still visible in some places, partners came together and formed a community transformation group to support families and youngsters who are suffering as a result of economic hardship. A new school tax and a public policing tax were passed to ensure that local services meet standards and that the civil services are equipped to keep up with the region’s growth trends.

The organization would like to make ‘the big time’ by welcoming a really big business into town but considers the economic stability that many small businesses offer to be important. Such ventures eventually form small clusters and stimulate the city and the county’s growth sustainably, creating an entrepreneurial environment rich in innovation and collaboration.

With the area’s splendid natural beauty and untamed outdoors, the recreational industry is substantial. Looking at the team’s successes, twenty-six percent of the companies with which it is currently working are specific to the outdoor industry. Thanks to the area’s temperate climate, you can play outdoors year-round. The Grand Junction area is a popular mountain bike destination and also has road biking, skiing, climbing, hunting, fishing and water sports, so many recreation and exercise companies come here to test new gear. Grand Junction is a natural fit for outdoor manufacturers, and its economic partnership team looks forward to welcoming you home!