The Story of Bennigan’s and Steak and Ale’s Renaissance 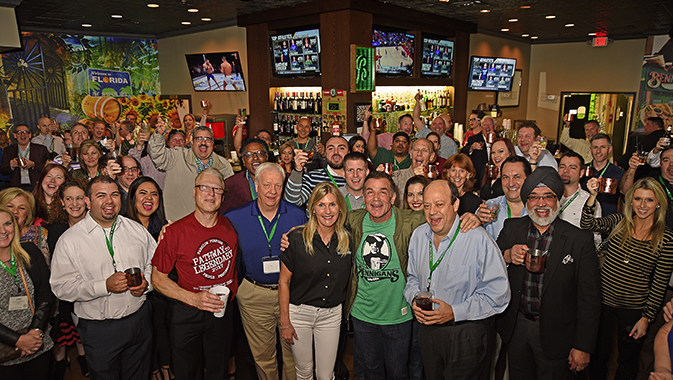 Bennigan’s and Steak and Ale once set the gold standard for casual dining, but when the brands drifted from their original owner’s vision, they faltered. Now, thanks to Paul Mangiamele, who recognized their hidden value and brought his ‘25/8’ work ethic to the table, they’re back and offering exceptional franchise opportunities to meet the growing demand for these revered brands.
~
When a new Bennigan’s opens, the deep emotional connection of the iconic restaurant chain featuring ‘American Fare & Irish Hospitality’ draws people from hundreds of miles away, lining up and down the street and around the corner, eagerly anticipating the return of Finn’s Beer-Battered Fish and Chips, the Turkey O’Toole and, of course, the World-Famous Monte Cristo.

The “Monte” is so beloved there’s even a National Monte Cristo Day, celebrated on September 17th, exactly halfway to St. Patrick’s Day. And no matter whether it’s September 17th, March 17th or any other day, guests at Bennigan’s are greeted warmly because, “every day is St. Paddy’s Day!”

Meanwhile, the Steak and Ale comeback page on Facebook has “over 50,000 great folks rooting for the return of this legacy brand. It’s quite extraordinary that Steak and Ale still lives in the hearts and minds of the people who love it.”

Mangiamele is Chairman and CEO of Legendary Restaurant Brands LLC, a private company headquartered in Dallas that he co-owns with his wife, Gwen. He’s so passionate about the Bennigan’s and Steak and Ale brands that he purchased them three years ago, seizing the moment to give these iconic brands new life. “Everything seems to come full circle and the time has come for Bennigan’s and Steak and Ale to be leaders again in the casual dining sector. I couldn’t be prouder, and as 100 percent owners, Gwen and I are all in.”

In fact, among other investments, he and his wife even sold their retirement home to make those funds available to the company. It’s a 100 percent commitment and going ABCD (Above and Beyond the Call of Duty) that inspires confidence in all levels of the business, from the team at Legendary Restaurants to the individual franchise owners and team members, supplier partners, and guests who appreciate quality food, stellar service and a legendary experience.

Bennigan’s and Steak and Ale were created in 1966 and 1976, respectively, by restaurateur Norman Brinker. These brands pioneered and set the standard for casual dining in an upscale and family-friendly environment, catered to people from all walks of life, and focused on service, chef-driven food and innovative drinks. At Bennigan’s, Mangiamele and his franchise partners are continuing that tradition in newly designed restaurants where, in keeping with Irish hospitality, every team member ‘bleeds green’ (a phrase coined by Mangiamele) and where the menu is a mix of signature favorites and newer items, such as Lina’s Crispy Chicken Sandwich and a re-vamped Bennigan’s Irish Coffee that is assembled table-side.

But Mangiamele knows his brand is about much more than food and drink. Bennigan’s is “a place to gather with friends, kick back and let your hair down. We want to appeal to a wide demographic, we want to make it comfortable and we want to deliver an extraordinary, value-oriented experience, so we can build frequency into the visits,” he says, in recognition that impeccable service is the key to customer loyalty.

This is the approach that worked in the beginning and it’s working again in the 150 franchised Bennigan’s either open and operating, in various stages of development and construction, or under agreement across the U.S., Mexico, El Salvador, Panama, Qatar, United Arab Emirates, Bahrain, Cyprus and The Netherlands. Although there are none yet in Canada, Mangiamele says it would be an ideal growth market; but due to the nation’s size, it would require regional development.

In addition to Bennigan’s, there’s also Bennigan’s On The Fly, an adaptable fast-casual or full service concept for non-traditional locations such as airports and universities, which features a flexible menu of signature dishes. Other innovations include catering services, take-out, on line ordering and late-night dining, in response to the changing times.

“Our compound annual growth rate has been steady, our average unit volumes have been increasing and our store count has risen, and these are all key indicators we’re doing something right,” Mangiamele says, going on to talk about the American Dream.

Owning a franchise has made the realization of the American Dream – where anyone can succeed given passion, financial ability and the right work ethic – a reality for owners, among them Subhir Patel, who emigrated from Malawi. His Bennigan’s in Borger, Texas, which survived the downward spiral in the early 2000s, has been featured in Food & Beverage magazine, among others. “In fact, my corporate team is there right now because we’re turning it into a training store,” Mangiamele shares. “Subhir is one of these fabulous, smart, very savvy business operators who is passionate, follows our proven operating system and executes everything flawlessly. And, no surprise, his restaurant is doing phenomenally well despite operating in a smaller market.”

This summer, a new Bennigan’s is set to open in Mandan, North Dakota – Gwen Mangiamele’s hometown, where her childhood friends turned franchise owners, Rob Knoll and Monte Stein, implored her to bring one in. “There really was a critical need for a restaurant like ours in Mandan, and we believe this could be the beginning of several Bennigan’s opening in the region,” Mangiamele says.

It’s the kind of success story he’s hoping to repeat with Steak and Ale, the family-friendly chain of affordable steakhouses that was born in 1966. Mangiamele is planning to open, “if the restaurant gods allow,” the first one in the U.S. later this year. He anticipates it will be some time before Steak and Ale franchises reach the same numbers as Bennigan’s, so he has decided to put a few Steak and Ale signature items on the Bennigan’s menu.

“Of course, it won’t be the full menu, but rather a fusion of our Legendary Brands. We’re bringing back the classic Kensington Club, a top sirloin steak with an absolutely delicious marinade, the Hawaiian Chicken favorite that our guests still write in about and the Smothered Chicken that so many people loved and still crave. Since I own both brands, I can’t, and won’t, deny our loyal guests the satisfaction of their longings.”

When asked about the challenges in the food service industry today, Mangiamele opined, “One of the many things that has gone wrong in the food business, as well as in retail, is that CEOs are often hired with short-term mandates and given no opportunity to develop a vision or even a long-term strategy, because they are provided little to no autonomy. This is why so many casual dining brands are suffering,” he says, referring to how CEOs, under pressure to show profit on a quarterly basis, resort to such strategies as ‘‘all you can eat promotions or limited time offers with very low price points which cannot be sustained, devalue the brand and eat into the already low margins of their franchisees.” CEOs of publicly owned and private companies are being replaced much too quickly, resulting in high turnover at every level that not only creates instability and lack of confidence, but destroys the culture or the brand DNA, Mangiamele believes.

“We have the advantage of taking the long term view versus the burden of focusing on quarterly results. With our long term strategy I’ve been re-building our brands, doing it deliberately and intelligently and with buy-in from all of our teams and franchise partners. I wouldn’t be doing this without Gwen and every team member working together, because together, all of us will always be smarter than one of us,” he says.

“And what we collectively know is that to capture market share we need to keep winning our guests’ loyalty and affection, through a ‘25/8 work ethic,’” another phrase Mangiamele coined along with ‘Bleeding Green,’ both of which are subtitles for his book Return to Relevance, a must-read for food service operators. “It’s all about ABCD,” he says, “going Above and Beyond the Call of Duty in all we do.”

For potential franchise owners willing to commit to that level of drive, the success potential is exponential because they’re operating with a brand name that people know and love, while using a proven system that works and reinforces their high standards through online training modules on Legendary Restaurants University.

While Bennigan’s continues to grow, Mangiamele is casting a wide net to find qualified franchisees looking to rebuild the legacy of the Steak and Ale renaissance. With 35 years in the hospitality and restaurant business – which includes having owned a franchise himself – he knows what potential franchisees are looking for. They’re looking for a brand to give them support. “Prospective franchisees want to be in business for themselves, but not by themselves. They want to know the brand has panache, tenacity, stability and compelling ROI potential. With our 42 and 52 years of brand experience and deeply rooted nostalgia, our brands have the ability to not only touch people’s hearts, souls and minds, but to drive revenues and unit level profitability,” he says.

“For me it’s about doing what’s needed to support and guide the brand(s) and give the people what they need or want, whether it’s my team, my franchise families, my supplier partners or our guests. It’s all about working with one another. When people contact us about a franchise opportunity, Gwen and I talk to every candidate ourselves; if I were considering buying a franchise, I’d want to talk to the owner who is charting the course, driving the brand and has ‘skin in the game.’”

While all inquiries are welcomed, he says he’s especially interested in speaking with military veterans. “They’ve defended our freedoms by putting their lives on the line, they make phenomenal managers and employees, they know how to follow a system with rules and procedures and they understand what happens when you don’t.”

As he explains in Return to Relevance, “Operation Enduring Opportunity is a program we’re proud to support by waiving our initial franchise fee for all financially qualified and honorably discharged veterans. VetFan and MinorityFan are two other programs to which we subscribe because they are solid organizations that help our vets and minorities become business owners and live the American Dream.

“We’re all only on our planet for a short time,” Mangiamele says, growing thoughtful, “so it’s really all about making a difference, giving back and leaving a legacy. As Margaret Mead famously said, ‘Never doubt that a small group of thoughtful, committed (and Legendary) people can change the world.’”

It appears that Maggie was right.

And that’s certainly cause to toast with a glass of Bennigan’s green beer. Sláinte, Bennigans! And soon: Sláinte, Steak and Ale! 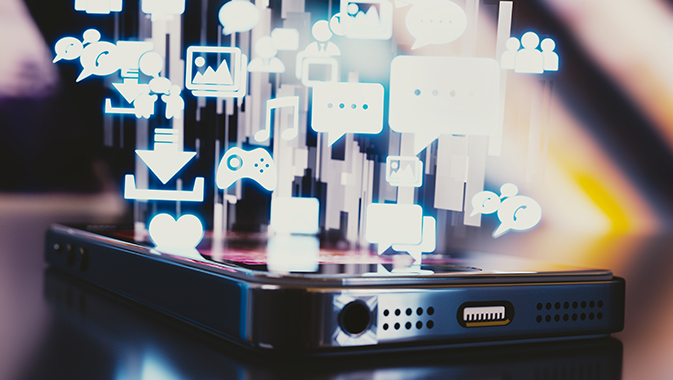 It’s Complicated – but it doesn’t have to be