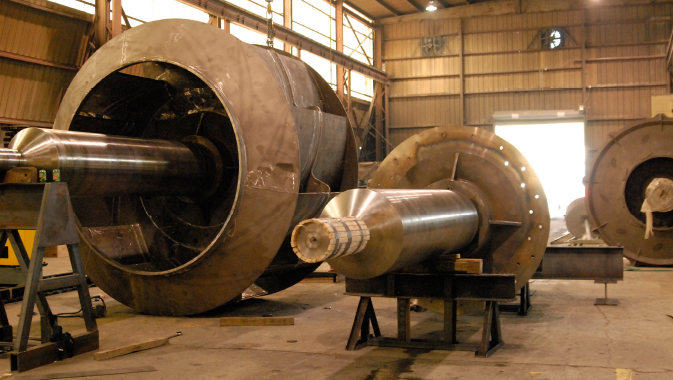 ProcessBarron provides engineering, manufacturing and turnkey installation services to all types of industries including pulp and paper, power, biomass, steel, cement, and lime. It primarily constructs air handling systems and bulk material handling systems to assist mechanical processes that involve fabrication.
~
There are three main areas of focus for the company: firstly, air handling, which entails directing air and gas into specific areas including equipment such as fans, dampers, expansion joints, mechanical dust collectors, air heaters and duct systems; secondly, ash handling, which involves organizing the ash residue left over from combustion, which comprises ash collection, storage, conditioning, and unloading; and lastly, fuel handling ensures that extra fuel is not wasted by organizing its flow, through equipment for fuel storage reclaim conveyors and metering systems. The company’s turnkey approach is exemplified further in its field services department, which is responsible for installing and maintaining its equipment, providing service from concept to completion.

Its most significant acquisition took place in 2002 when it acquired Barron Industries, for which the original ProcessBarron owners had previously worked. It bought a company called PE Flo-Tech in 2004 and another called Southern Field Maintenance in 2007. In 2007, the company’s revenue was around eighty million, and today it is stronger than ever. It has become one of the top total system solutions manufacturers around the globe.

There is a family-oriented culture within the company. It was originally a family business, and even though it is now partially owned by a private equity group, the family values and the warm atmosphere are still present at ProcessBarron.

“There is a very low turnover due to that people are very happy with their jobs and don’t job-shop once they get here,” says Ashley Doyal, the vice president of sales and marketing for ProcessBarron. The employees at the company participate in many events and activities together throughout the year such as cookouts to celebrate holidays and charitable fundraisers for United Way. The company recently collected items as a team to assist with the damage done by hurricanes, and it participates in the Angel Tree program every Christmas for the Salvation Army. Any cause that becomes an interest for one person in the company becomes important to the rest of the company as well.

In May of 2016, ProcessBarron won the prestigious ‘E’ award for its significant contribution to export expansion. The award recognizes the importance of expanding overseas business to make the nation’s economy stronger as a whole. Ken Nolen, Ashley Doyal, and Cynthia Parker travelled to Washington, DC to accept the award from U.S. Secretary of Commerce Penny Pritzker. The ‘E’ award was created by John F. Kennedy, and the criteria to win are four years of successive export growth combined with a rising percentage of export sales for the company.

The central ProcessBarron office is located in Pelham, Alabama, with a second fabrication shop located twenty-five miles north in Pinson, Alabama. There are four ProcessBarron locations in total and three Southern Field Maintenance locations. There is also one Precision Field Service facility that focuses on field services. The Southern Field Maintenance division strives to help the environment by working on air pollution control. It works on baghouses and precipitators in the mills, which are the air pollution control devices that capture the polluted gases and do not let them dissipate into the air. A baghouse uses long fabric tubes as filters in a process similar to a vacuum cleaner bag.

ProcessBarron has approximately three hundred full-time employees and can have another four to five hundred on payroll depending on the type of work being done. When it does service jobs, it will hire extra employees for the individual project.

“It’s our people, the people we’ve hired and their work dedication… They work long hours to get the job done, and the motto around here is that we will do whatever it takes to get it done.” In the last three years, the company’s continued growth may have slowed due to the economy, but it has held its market share, which is impressive.

The American-made equipment by ProcessBarron is more reliable than its competitors’ equipment. “We don’t have anything off the shelf, everything we build is custom-made,” Ashley explains. “In particular industries, we use different types of materials. We have done a lot of research and development in the past to discover what materials hold up to sand or any other abrasive materials. We will out-engineer any of our competitors.”

ProcessBarron is known for its excellent service. It has people on call at all times and responds faster than any of its competitors. “If we get a phone call, we will have somebody onsite the next day. We don’t ask a lot of questions. If they have an issue, we’ll get down there because we know that if a mill is down, it is costing them money, and we will do whatever it takes to get them back online.” The company regularly hears from its customers that its response times and delivery times are unbeatable.

One example of this dedication is when a southeastern paper mill suffered a major failure on one of its boilers three days after Christmas. The emergency repair service team at ProcessBarron dispatched a field crew that same day to fix the problem, and after evaluating the situation determined that the damage was much more extensive.

The company got to work immediately to find a solution with precise engineering and fabrication that would minimize the downtime the paper mill would experience. “From when we began fabrication to when we completed our work on the boiler ID fan, only a week’s time had passed, and this included the New Year holiday weekend,” according to the company.

ProcessBarron is dependent on many of its suppliers. It receives many emergency calls, and if it needs to purchase bearings or other equipment it does not manufacture, it can contact its suppliers for assistance, even at night, on the weekend, or during holidays. “Our suppliers will bend over backward for us as well to help us meet our customers’ needs,” says Ashley.

It wants to be the most trusted partner providing safe, high-quality products and turnkey services to the marketplace. ProcessBarron has plans for continued growth as a turnkey solutions provider despite challenges in the economy and the lowering prices of its competition. The company’s goal is to increase its revenue to one hundred and fifty million dollars in the next three years through continued growth and more acquisitions.

Large industries that just seek the lowest price available without considering the exceptional service and quality of equipment may miss out on partnering with a truly dedicated team like ProcessBarron. Its air and bulk materials handling equipment is used in many facilities around the world. 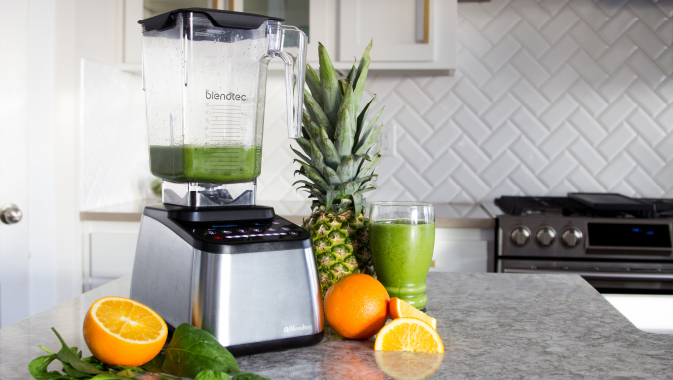