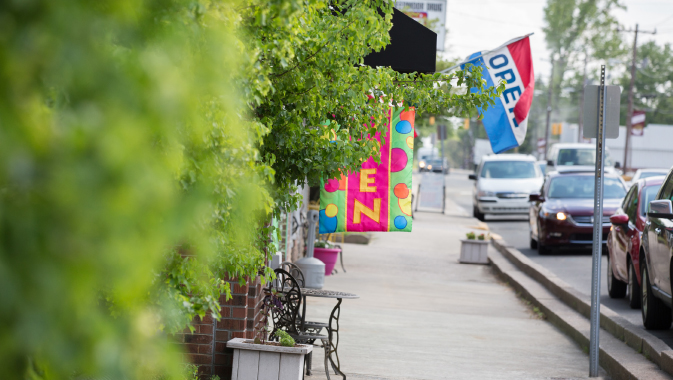 There are roughly 59,000 residents in Granville County, North Carolina in five municipalities: Oxford – which is also the county seat – Butner, Creedmoor, Stem and Stovall. The employed workforce, as of June 2016, numbered 28,672, and per capita income, in 2015, was $33,919.
~
The county is based in the northeast Piedmont Region of North Carolina, roughly half-way between Florida and New York State. Granville is within a half-hour drive of the Research Triangle Park – one of the largest research complexes of its kind – and several high-profile universities. Interstate 85 winds through the county, offering easy access to Interstate 40 and nearby Raleigh-Durham International Airport.

Granville County, North Carolina has a thriving manufacturing sector, big ambitions about future growth and an eagerness to change any misconceptions people might have about rural regions. While agriculture has a presence here, Granville is also close to some of the top universities in the U.S. and has several large manufacturing operations within its borders. At the same time, the county offers residents a friendly, laid-back lifestyle with plenty of recreational opportunities.

Big companies with manufacturing operations in Granville County include cosmetics giant Revlon, roofing product maker CertainTeed and re-tread rubber company Bridgestone Bandag. This August, Revlon announced a $16.1 million investment in its Granville facilities to augment its production lines. The move will add a further fifty-five full-time jobs to the plant. Altec Industries, which provides services and products to various sectors like telecommunications and electric utilities, also has an operation in Granville County.

In addition to these companies, Granville is home to a variety of state institutions, such as federal prison Federal Correctional Complex, Butner – which counts Bernie Madoff as one of its most notable inmates – and “several institutions that deal with mental health and disabilities,” says Mills.

As to what attracts firms and institutions to Granville, Mills says, “our proximity to the Research Triangle institutions and our access to a great workforce.”

Just a few miles outside the county, Vance-Granville Community College is developing a research specialty in the field of mechatronics – the blending of electronics and mechanical engineering. Given the prevalence of robotics and machinery in today’s manufacturing environments, mechatronics is something of a cutting-edge discipline, notes Mills.

Vance-Granville Community College hosted Manufacturing Day on October 5th of this year. Staff offered demonstrations and information on mechatronics engineering technology, among other programs. Local companies actively participated in this event. The event is part of National Manufacturing Day, which is intended to get young people interested in manufacturing careers and to recognize the importance of the sector in the overall economy.

According to Mills, Granville is eager to attract advanced manufacturing companies and others to the Triangle North industrial park and various locales in the county.

Given its age, it is no surprise that Granville County has a wealth of history. John Penn, one of three delegates from North Carolina who signed the Declaration of Independence, was from Granville and is buried there. The county features colonial architecture, oak-lined streets and local museums profiling the region’s history and old way of life. During the Second World War, Camp Butner, a huge training facility was established in the county. Over 40,000 soldiers trained at Camp Butner during the course of the war.

“We have people that come to Granville County just to walk in the communities because they are such a friendly place. If you want to see historic homes in a friendly walking environment [come to Oxford]. Our tourism director says it well: ‘Granville County is a great place to live, work and play,’” states Mills.

The county also holds several popular community events like its annual NC Hot Sauce Festival. The most recent festival drew nearly 17,000 people for food and fun. There is also the Creedmoor Music Festival and the Butner Chicken Pickin’ festival which centers on food, music, crafts, car shows and other entertainment.

“There’s a host of different events that are constantly going on to engage people to be involved. One of the things I’ve learned about Granville County is it’s such a neat place to live. There’s lots of family activities. There’s lots of outdoor activities. One of the neatest things about us as well, we’re a place that treasures its people. If you come here you are definitely going to have people speak to you, help you and reach out,” says Mills.

The area contains several bodies of water, including Falls Lake, Kerr Lake and Lake Rogers, Lake Holt, which can be used for aquatic recreation. Given Granville County’s proximity to so many post-secondary schools, residents can access a wide variety of collegiate sports, such as Atlantic Coast Conference basketball. For anyone preferring cold-weather sports, the Carolina Hurricanes of the National Hockey League (NHL) is based in nearby Raleigh. The Triple-A Minor League Durham Bulls baseball team is closely located in Durham.

Beyond sports, Granville residents can take in music concerts from big-name performers in the larger cities and enjoy home-grown theatre from county-based troupes.

The Granville System, based in Oxford, is the main medical institution serving the county. In emergency situations, patients can be transported via helicopter to the Duke University Medical Center within minutes.

“What’s very attractive about Granville County is that we have summer, spring, winter and fall, without having a huge amount of snow or ice. There’s not going to be blizzards here,” says Mills.

Granville County belongs to the Research Triangle Regional Partnership (RTRP) and the Economic Development Partnership of North Carolina (EDPNC), both of which promote the area throughout North Carolina. “Our partnership with EDPNC and RTRP is really, really helpful” in spreading the word about Granville, says Mills. County officials also attend trade shows, network and are working on a social media presence, for promotional purposes.

Mills wants to see Granville grow, without losing its small-town feel. “Granville County plans for growth while maintaining the quality of life aspects of a rural community,” he says, though he could envision the county growing to more than 100,000 residents down the road.

In addition to jobs, Mills cites other reasons why families might want to relocate to Granville: It’s a nice, easy pace of living. You can work in Granville or enjoy a short commute to Raleigh or Durham. You have the ability to build homes where you want. It’s walkable and friendly,” he states.

“Granville’s cost of living is very affordable. We have good wages and good places to live,” notes Mills.

As for the future, Mills wants to see Granville County continue to grow and attract manufacturers and entrepreneurs alike. While ambitious, he’s realistic about the type of companies that might move to Granville.

“Granville is well suited for advanced manufacturing, start-ups, entrepreneurial and research based industries due to the access of high quality university system workforce,” states Mills. He adds, “Come join us and help us grow Granville.” 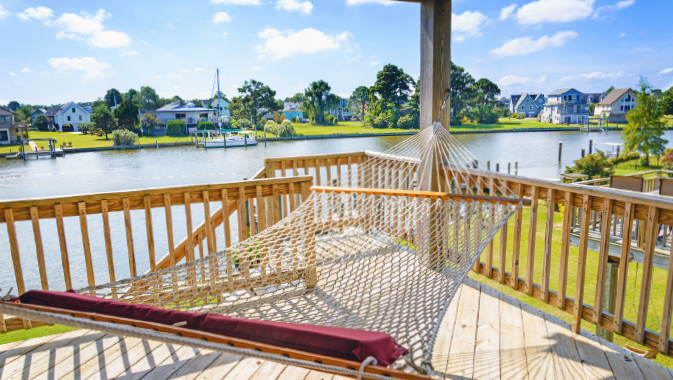