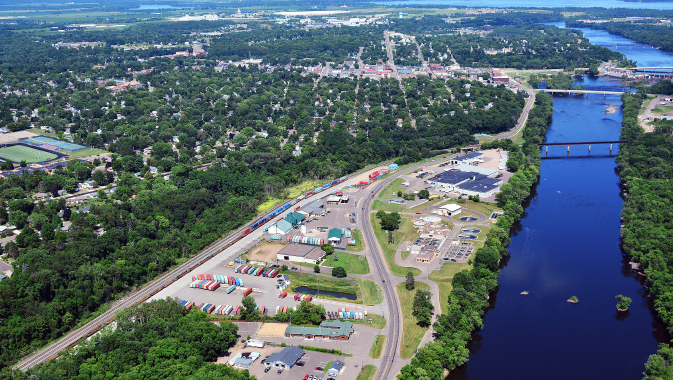 The economic development organization was established thirty-two years ago when the leaders of Chippewa County realized that uniting and marketing all the communities in the County together as a region was the key to success for new business opportunities. Since the inception of the Chippewa County EDC, Chippewa County has experienced substantial success in attracting companies in the agriculture, food processing, advanced manufacturing, non-metallic mining, distribution / warehouse / logistics, and foreign direct investment sectors.

Chippewa County has a population of sixty-five thousand residents, and it is located on the west side of the state, ninety minutes east of Minneapolis/St. Paul, Minnesota. Being a suburb of Eau Claire, Wisconsin, the county has grown in the last ten years at a rate of eleven percent, outpacing the state and the nation. Part of this rapid growth is due to its diversification. Sand, a natural resource found in Western Wisconsin and in Chippewa County, has experienced a mining boom resulting in the County being one of the nation’s largest exporters of hydraulic fracturing proppants – which resulted in over $400 million of capital investment within the region. Combine this with the other well-developed industries in the county such as advanced manufacturing firms like Cray Supercomputers, HPE, and TTM Technologies, and solid economic growth continues.

“The picture of Chippewa County is diversified economies and industrial sectors balance out so Chippewa County can be versatile as the rest of the state and country move up and down. The great recession did impact Chippewa County but not as severely as other regions in the Midwest because of our diversification,” explains Charlie Walker, the Chief Executive Officer and President of the Chippewa County Economic Development Corporation.

Because the county has experienced all this growth in one year it has developed programs to enhance employee skills. “What is unique in Chippewa County is that we have a consortium of nineteen local manufacturers that designed a curriculum together to improve the critical skillsets of current employees. This consortium worked hand in hand with the Chippewa Valley Technical College for inclusion within their current training programs,” says Charlie.

In other parts of the county, Foreign Direct Investment (FDI) has taken off! Drylock Technologies, a Belgian company, purchased Presto Absorbent Products for seventy-one million dollars, and GVS, a global technology leader based in Italy, has purchased Kuss Filtration. There have also been investments in the agriculture of soybeans, and Chippewa is one of the largest exporters of soybeans to Japan. The high quality, farm-to-table soybeans are not genetically modified.

Taiwanese multinational electronics manufacturing company Foxconn announced plans to open a plant in Southern Wisconsin by the year 2020, and Chippewa County is positioning to take advantage of this gigantic economic development project. “We are open for business to Foxconn suppliers; Chippewa County is four hours from the Foxconn major manufacturing facility in Racine County. Foxconn suppliers are investigating Chippewa County advantages versus locating within ‘the direct target zone,’ but want to be close enough to produce and deliver their product cost effectively,” says Charlie.

The county has been working aggressively to make its workforce the best it can be by continuing to focus on critical core manufacturing skills and working with the universities, community colleges, and high schools to implement programs to pique student interest in a career in manufacturing.

Chippewa County is becoming more popular with younger residents, and the city of Eau-Claire was recently recognized as a city that attracts millennials. The lure stems from the freedom to explore outdoor opportunities like fishing, miles of hiking trails and canoeing on the Chippewa River. The capital investments that the community has put into maintaining the parks and recreation lifestyle have paid off by attracting the younger generation to the area.

The county is also fortunate to have large business names like Cray Supercomputers, TTM, HPE, Intel and Jamf software that draw young adults who work in the technology field. The Chippewa and Eau-Claire area has become known as the ‘technology corridor’ of Wisconsin.

Recently in the state, the taxes have been starting to drop, and the cost of living has become more affordable. It has become quite expensive to live in larger cities like Chicago, so the nearby areas – like Chippewa County – that offer a high quality of life, are often sought after. The fiber optic internet runs throughout the county, and people are often surprised to learn that Uber serves the Chippewa Falls and Eau-Claire region.

“More millennials are discovering the rural areas with the broadband connections that Wisconsin and Chippewa County have,” Charlie explains. “Allows residents to work at home and do their thing. They can kayak in the morning and then come back to their homes to work.”

The county has the appropriate amenities to attract millennials, and it is starting to see the benefits; students will often remain in the county after receiving their degree. The universities and the intern programs do a great job of presenting the local job opportunities that are available throughout the county.

“It’s an exciting time for the next generation to discover that the Chippewa Valley is a great place to start your career, but more importantly, as they start to look at settling down and raising a family, they’re looking at safe places. There are no riots, and there is no controversy in the rural area; it is a safe place. I think people are gravitating towards these safe, fun, productive areas that care about the environment and the community,” says Charlie.

Chippewa County experiences quite a bit of tourism. “We’re known as a day tripper retreat; a lot of visitors from the Twin Cities and Madison come up for the weekend. Also, as you go into the county, you have the abundance of lakes, rivers, and streams,” says Charlie. Residents from Chicago and Minnesota often have summer homes in Chippewa to enjoy those lakes in the summer. The tourism is driven by fishing, hunting, boating, skiing, snowmobiling, hiking, camping and its state parks. It is also home to Leinenkugel’s, a popular local brewery that brings in many tourists.

There are three railroads that serve Chippewa County, WI: Union Pacific (UP), Progressive Rail (PR) and Canadian National (CN). Chippewa Falls, WI has the one of the largest intermodal hubs in the state. The CN intermodal facility terminal gives companies in the Upper Midwest direct and efficient single-rail-line access to new North American and global markets via CN’s continental network as well as the ports they serve on the Pacific, Atlantic and Gulf coasts. “The CN team has done an outstanding job of working with us and our local community and manufacturers to utilize that facility that reduces cost for them, especially when they are shipping to the far east,” says Charlie.

Chippewa County is expected to continue growing at a rate of five to ten percent in the future. It is prepared for long-range transportation infrastructure changes, which will bring in more development and growth. The county is improving the transportation network surrounding the area and plans to develop a passenger rail transportation service connecting to the Twin Cities in the next ten years. Another plan for the future is agricultural growth, particularly farm-to-table, organic farming and aquaculture, the farming of aquatic organisms.

Chippewa County’s proximity to the Twin Cities attracts residents and businesses that want access to a big city without having to live in one. There are many benefits to living in a rural area, especially when innovative ideas are regularly invested into the community by the economic development corporation. 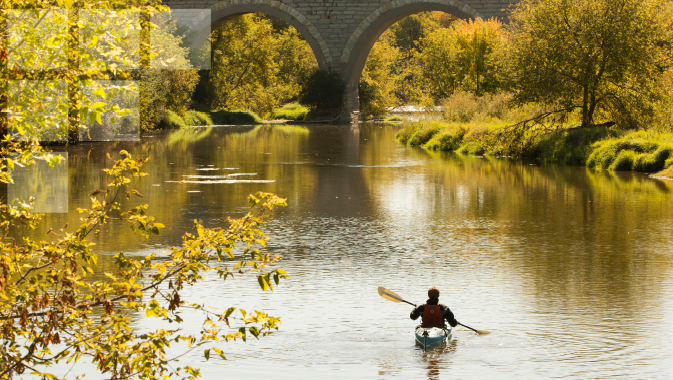