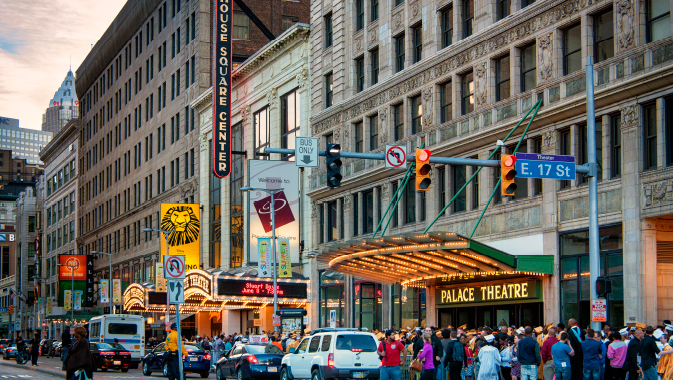 Located in Middleburg Heights, Ohio, Brewer-Garrett has over 130 professionals who have the technical expertise to design and deploy energy conservation projects with the potential to save customers millions of dollars, through performance-guaranteed solutions, while making a positive environmental impact through greenhouse gas emissions reductions.
~
“Just ask me where we’re going to be in five years,” says an ebullient Jeff Zellers, Brewer-Garrett’s vice president. This past April, the company was selected by the U.S. Department of Energy’s (DOE) Office of Energy Efficiency and Renewable Energy as one of twenty-one qualified energy service companies, for an indefinite delivery, indefinite quantity (IDIQ) energy savings performance contract (ESPC). This gives the company the opportunity to make proposals to save federally owned buildings and facilities millions or even billions through energy efficiency, renewable energy, and water efficiency projects over the next five years, with the possibility of extending that for a further eighteen months.

These awards are hugely significant since the federal government is the largest single user of energy in the United States. In recognition of this, the DOE has been working toward energy efficiency through IDIQ ESPCs since 1998, which have yielded $11.9 billion in total guaranteed savings and over 27 trillion British Thermal Units (BTU) of energy saved per year.

“This is a game changer for us,” Zellers says. “It’s a huge deal, especially if you look at the other companies that are on the list. They’re all huge Fortune 500 companies, and then there’s Brewer-Garrett, so to be selected along with that group is major.”

Zellers, however, is being modest. What the design-build solutions company, led by President Lou Joseph, lacks in size, it more than makes up for in what Zellers calls the three pillars – the people, the programs, and the solutions – all of which are outstanding.

“I’ve been with Brewer-Garrett for almost thirty-six years,” he says, “and when the question comes up: ‘What makes the company special?’ I say without question, ‘It’s the people.’ We have some very smart people who are looking for careers and not jobs, and there’s a big difference. It’s not a place where you come to work from nine to five; it’s a place where you come to be part of something.

“And I’d be very remiss if I didn’t talk about Lou,” he says, referring to Lou Joseph. Lou joined the company in 1982 as a sales representative and rose to become president in 1991 and sole owner in 1994 after David Laska, who’d succeeded founder Bill Brewer, retired.

“Lou’s very hands-on. You’ll see him walk around the office, asking people how they’re doing and what they’re working on. He believes strongly this is his family, and he wants to be part of what’s going on in their lives. When we’re hiring, Lou will do the last interview, and after someone is hired, he’ll do a catch-up to see how things are going with them,” says Zellers.

“We have a beautiful fitness area for the staff, and we have a training area, and that’s all money Lou has put back in the company for his people. So that tells you a lot about him and his leadership and why we’re very fortunate to have him.”

Joseph himself has been quoted as saying: “If you look after your people, they will look after your customers.” His philosophy is working, as Brewer-Garrett, under his leadership, continues to show steady growth.

The company provides comprehensive energy performance contracting for the education, healthcare, commercial, retail, hospitality, industrial, manufacturing, healthcare, sports, and entertainment sectors as well as for local, state and federal level governments. Through energy performance guarantees, it is assisting clients in making substantial energy savings, the money from which can then be reinvested in capital expenditures and programs.

The fourth was for the main campus education, sports, and administration buildings including implementing Brewer-Garrett’s Green Apple Project, instituted in 2014, in which students participate in a ‘Do it in the Dark’ challenge to win funding for their residences by doing simple things like using cold water for laundry and turning off lights, so they can experience the tangible benefits of saving energy.

Lead marketer Erica Larson, who holds a master’s degree in environmental science, with a focus on sustainable business practices from Antioch University is definite about what drew her to Brewer-Garrett. “I was attracted to this company because of what it does for energy conservation. I thought that after grad school I would be some sort of sustainability coordinator at a company or university, but I ended up here, and it’s a perfect fit because I get to talk about energy conservation and the environment. We’re involved with other companies and universities who care about those things, and so it really keeps me enthusiastic about coming to work every day.”

And when there is an environment for success which Joseph has fostered, that is combined with mindsets like Larson’s and diverse talents, “put under one roof, it’s amazing the different ideas and solutions you can come up with,” Zellers says.

Among those talented people are design, mechanical, electrical, energy and automation professional engineers, lighting designers and construction professionals, including estimators and project managers, with many of them also LEED (Leadership in Energy and Environmental Design) accredited professionals.

This in-house capability to provide multiple solutions in a timely fashion is just one of the reasons Brewer-Garrett has gained a competitive edge. “When it comes to putting proposals together, having everyone in-house gives us the ability to create many more energy conservation measures and give our clients multiple options,” Joseph says.

Since there are not an array of subcontractors and middlemen involved and all the design work is done in-house, it means BG can guarantee not only comfort and energy savings, but also price because there will be no last-minute change orders resulting from problems missed by subcontractors.

Another factor is that the company is product neutral. In other words, it does not sell products; it sells solutions. “We don’t sell a specific piece of air conditioning equipment or boiler equipment or built-in automation system. We design based on what is best for the customer. If you look at the energy conservation world and you look at the very large corporations, which could be Honeywell or Siemens or Trane, they’re going to be trying to promote their products, but we’re going to promote what’s best for the customer, based on their application need. We do not manufacture any piece of equipment or technology per se,” he says. But the company is always looking for new energy-saving technology including LED lighting and photovoltaic panels.

The roots of good customer relationships and service go back to the company’s beginning in 1959 when it was founded as a full-service heating, ventilation and air conditioning (HVAC) firm with design-build capabilities by two mechanical engineers, Bill Brewer and Bill Garrett.

“You need to do what you said you’re going to do,” Zellers says, “and then give the customer something extra. The clear majority of our work is with repeat customers, and we become friends, and you always go the extra mile for your friends because you don’t want to disappoint them. So having long-term relationships is a big part of our success.”

Brewer-Garrett’s more recent successes are also founded on energy performance contracting, a unique program the company has been offering customers since 1997. It guarantees energy saving performance, not just the fact that the boiler provides heat or the air conditioning units cool, which most do, but that the solutions the company has provided actually save energy costs, over a period of ten to fifteen years. And that is not something many companies are prepared to do, because of the risk.

“We have over half a billion dollars in energy guaranteed contracts that are out there, representing some 150 projects, so we’re on the hook for half a billion dollars,” Zellers says. In twenty years of performance contracting, “we’ve only had to reimburse the customer two times, and in both cases, it involved only the first year. We went back in, identified additional energy conservation projects, worked with the customer on those and put them in, and it didn’t cost the customer one penny.

“By doing the additional work on our dime, we were able to get the energy savings where we needed to be, and I think this speaks to the integrity of Brewer-Garrett. You can’t be perfect one hundred percent of the time, and you should be proud of the fact that if there is a miscalculation, you go in and take care of it.”

Now management and staff are excited about having been selected by the federal government to offer turnkey solutions through the IDIQ energy savings performance contracts programs. What this means is that Brewer-Garrett, along with the other selected companies, will be afforded the opportunity to work with federal agencies and present comprehensive energy solutions to them, and then customers will decide which one has the most value for them.

“In performance contracting, we’ll spend thousands of dollars just to put a proposal together,” Zellers says, “and we’re at risk for all of that. It’s very time-consuming, as we could be putting fifteen to twenty people out in the field, developing energy conservation solutions, so there are substantial up-front costs. So, that’s a risk factor and why there are not many people willing to do what we do. But because we have the engineering in-house and the project management and estimating in-house, we can develop multiple energy conservation measures for the customer to choose, and each is priced separately, and each has its own payback.” This he says has resulted in a high proposal acceptance rate.

Brewer-Garrett is well-known and respected in Ohio for the quality and integrity of the work it does and now is preparing to introduce its proven formula for success nationwide. “It’s really exciting to think about where we’ll be five years from now,” Zellers says. 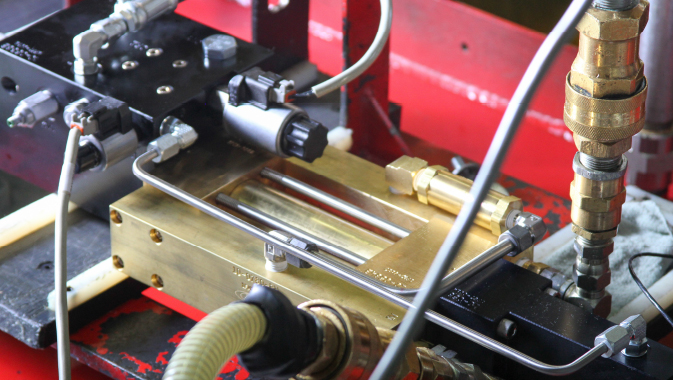