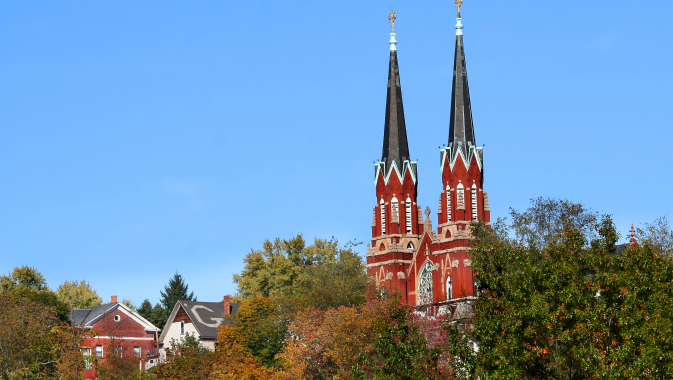 The Oil Region Alliance of Business, Industry and Tourism is an economic development agency located in northwest Pennsylvania. The organization is also tasked with the development of tourism initiatives and the management of federally designated heritage assets of the Oil Region National Heritage Area, which encompasses all of Venango County and the eastern portion of Crawford County.
~
Both Venango and Crawford County were founded in 1800, but the real significance of the region’s history begins much later, in 1859, with the story of Edwin Drake. Drake was a former train conductor. He was forced to leave this line of work as a result of illness, but he retained the right of free travel on railroads that was granted to conductors of the day. This would prove to be a valuable asset, and would help direct the course of his legacy. By 1859, he and his family had found their way to Titusville, just across the Venango County line in Crawford County.

Around the same time, a company called Seneca Rock Oil Company hired Drake to find a way to get their leased land along Oil Creek downstream from Titusville to yield more oil than had been collected from the wood-lined oil pits. Drake identified a number of deposits and began applying techniques that were common in salt well drilling to the collection of petroleum. After a lot of problem solving, sheer hard work, and determination, he and his team of drillers were eventually successful in their effort to drill for oil, making Titusville a boomtown and setting a course that changed the world.

Today, Venango County and the surrounding area are well remembered for this rich contribution to the nation’s history, and the Oil Region Alliance is committed to the work of preserving and sharing it. Beyond its oil heritage, the region is also built within a beautiful stretch of the natural Pennsylvania landscape, carved out with dozens of biking and hiking trails that attract tourists from across the country. Those who venture onto the trails that span through the oil region will find themselves within the Oil Creek and Allegheny River Valleys, often called “The Valley that Changed the World.” Following Edwin Drake’s effort in drilling the first commercially successful oil well, the industry exploded and set off on a new course. Oilfield equipment can still be seen throughout the region, some old and idle, but some still pumping oil for more than 50 independent producers.

Today, visitors to Drake Well Museum and Park can follow the course of these events through a 240-acre site chock full of exhibits hearkening back to Drake’s time. There is a full-sized replica of the original structure that held the derrick, the giant machine that pumps the oil out of the well, and the steam engine that powered it. Within the structure, visitors will a find working replica of that steam engine, the wood-fired boiler that ran it, and an explanation of how the system operated. Outside the engine house, visitors will find exhibits demonstrating many of the early technologies that were used to drill wells.

After seeing how oil wells were drilled, visitors are enlightened to the ways of every other aspect of the early oil business. This includes the machinery that powered industrial oil production operations, to the dangers of transporting oil down Oil Creek on skids, all the way up the line to the business offices where oil men bought and sold stock in oil companies.

The success of the oil industry made Titusville prosper and resulted in explosive growth for the community. People built refineries throughout the region. Industrious people knew they could benefit from the oil boom and built businesses. Banks were built to capitalize on the economic upturn, and churches, schools, and mansions were built to accommodate the influx of people.

In 1986, the United States Department of the Interior designated a large segment of Titusville, including 450 homes, churches, and commercial structures, as a protected, historic district. The National Register of Historic Places currently lists six historic districts within the Oil Region National Heritage Area – one each in Emlenton, Franklin and Titusville, and three in Oil City. Each of these communities has brochures with free self-guided walking tours for these districts.

While much of the Oil Region’s legacy has grown out of Drake’s discovery in Titusville, the surrounding region is vast and rich with heritage of its own. Oil City was the port through which much of the oil collected in the area was transported. Barrels of crude oil were transported by barge to Oil City, and then downriver by steamboat to Pittsburgh and beyond.

The Venango Museum of Art, Science, and Industry is bursting with exhibits demonstrating the many effects the oil industry has had on modern life. Many obvious, and some not-so-obvious connections are shown, including the work of legendary investigative journalist Ida Tarbell, the woman whose research and writing about Standard Oil Company revealed their business practices which led to new trust-busting federal legislation and a Supreme Court ruling to break this massive company into state-sized companies. The oil era touched the world in so many ways, and the Venango Museum is committed to showing the people its many hands.

The Oil Region is a bounty of history and natural beauty. In Cranberry Township, visitors can find beautiful trails with access to the Allegheny River which was named the 2017 Pennsylvania River of the Year. The city of Franklin is renowned for its many festivals, beautiful historic architecture, and its location on the river. The Allegheny River Trail and the Sandy Creek Trail are nearby, and provide more than 40 miles of paved rail-trail, one of which was named among the top 10 trails in Pennsylvania.

Emlenton Borough is situated along the Allegheny River, at the southern tip of Venango County. Oil men of the era, striking rich on the success of their industry, wanted to find lodging in the region, and many of them settled in Emlenton. At one point in its history, the small town had more millionaire residents per capita than any other place in the United States. The picturesque Borough of Foxburg, just a short way downriver from Emlenton, boasts the oldest golf course in the nation and the American Golf Hall of Fame.

After more than 150 years of growth following so much success in industry, the region has undergone a significant transformation. Today, the Oil Region is home to a diverse range of industries reaching far beyond oil. Local companies include a world-wide producer of athletic equipment, one who makes electronic harnesses for the defense industry, a renowned manufacturer of underground mining equipment, one who supplies major electronics to power plants and one of the most high-tech facilities in a rural setting, flourishing by producing printed circuit boards for domestic and international customers.

The region also has access to Interstate 80, rail lines, and an airport, making it an ideal location for logistic operations and manufacturing companies. Complementing these transportation advantages is a highly skilled and well educated labor force with a culture of strong work ethic passed down from some of the earliest Pennsylvania settlers.

From the oil boom of days gone by, to the success of its present day, the Oil Region will always be a prominent piece of American history. The Alliance works every day to maintain its commitment to the prosperity of the region. Whether through the diligent safeguarding of its history and heritage, the promotion and preservation of its natural landscape, or the active development of industry and economic progress, the Alliance is working hard toward a booming future, as big as its booming past. 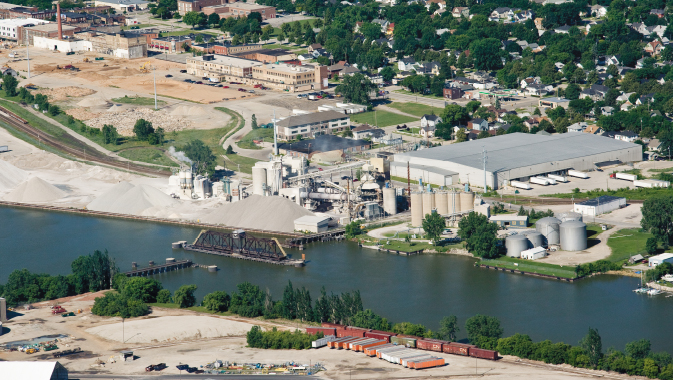