The City of Madison is Wisconsin’s capital, with a population of over 252,000. A beautiful place to live, work and play, Madison has a plethora of riches and opportunities to offer businesses, families and visitors alike.
~
Madison offers a fantastic quality of life for its residents and fosters a vibrant start-up ecosystem for businesses to thrive and grow. “Madison is one of only two major cities in the country that are on an isthmus,” says Paul Jadin, president of Madison Region Economic Partnership. “We have a major lake on either side of the state capital and the natural resources which come with that are fabulous. A lot of people like to say that we are the ‘fresh coast’ because we have such an abundance of water.”

The Madison Region also has a very significant biking environment which makes it an extraordinary location for bike manufacturing. “It’s one of five platinum bike cities in the country,” says Jadin. “The region is home to Trek and Pacific Cycle, and has a variety of bicycle accessory manufacturers.”

The city ranks number eight in the Livability 2017 Top 100 Best Places to Live, and was number one just two years ago. “It’s generally regarded as a progressive community, and it’s known for its quality of life, year in and year out,” says Jadin.

But of course, like any other city, Madison has its share of challenges. “As a state capital, this is an area that has a lot of public employees, both at the state level and local, so reductions in funding are always an issue,” shares Jadin. “However, the economy is such that the public sector role here has been overshadowed by what the private sector has been doing over the last couple of decades. And that diversity in our economy plays very well for us,” he explains.

“One thing that has held us back in the past is the fact that much like the rest of Wisconsin, Madison is just too humble,” says Jadin. “It hasn’t effectively told its story over the years. But that story is now being told by third parties, and the folks here are now stepping up and being a little bit bolder when it comes to bragging about what we have and what we can offer to potential workers or companies.”

An issue with Madison, and other similar midwestern cities, is how they are considered fly-over country. “That brand is something that has changed over the last decade as well, and I think we’re coming out of that,” says Jadin.

As the top city for Tech Talent Growth on CBRE’s list of Tech Momentum Markets this year, Madison is very proud of its many accomplishments and the recognition it has received via impressive top rankings on several significant lists. “Those are the kinds of things that have been getting us more media attention nationwide and, of course, attention from site selectors as well,” says Jadin. “Globally, Madison is on people’s radar. As local companies are acquired, instead of moving their headquarters to wherever the parent company is, they choose to invest here,” says Jadin. “Those kinds of things are making it easier to tell our story.”

To be sure, there is an abundance of great things to do in the Madison Region. “The biggest attractions would be the activities on the lake: the biking, the water park activities in Wisconsin Dells and the Dells themselves. And all the natural resources and sporting activities that go along with all of it,” says Jadin.

“The University of Wisconsin Badgers are a significant draw in terms of sports,” he continues. “We also host the Iron Man every year, which is one of the most popular triathlon events. And this year, we introduced the CrossFit Games to Madison, which was another significant draw.”

The Madison Region is a solid performer in the agriculture, food and beverage industry. “That sector continues to be very strong for us,” says Jadin, “along with cheese production. Wisconsin is known as the dairy state, and in the last 15 years, our dairy emphasis has been on specialty cheese. The vast majority of our milk is going right into cheese production rather than milk consumption. Also last year, we brought in a company from Canada, which added a couple hundred jobs and is both growing and processing potatoes here now. Foreign direct investment has been a key component to our strategy,” shares Jadin.

“Several counties are also very strong in advanced manufacturing,” he says. “So, this is still an area that is highly dependent on dairy and on making things. We have a strong workforce and very significant natural resources here, and those things bode well for our economy in general.”

With plans and partnerships in the works for more companies to bring jobs to the area, Madison is proud of all it has to offer businesses. “We had a company move here from Colorado in a merger with two of our local companies. We had to compete to keep the two businesses here, rather than having them move to Colorado. And in the end, the Colorado business was brought to Wisconsin,” says Jadin. “One produces pasta; another one, nut butters through a unique packaging process; and the third, a cookie and snacks company.” The Madison Region has also taken off in the realm of microbreweries.

“The development of two companies in Rock County, just south of Madison, speaks volumes for what’s going on in this region’s economy,” says Jadin. “SHINE Medical Technologies and NorthStarMedical Radioisotopes both do the same thing with a little different methodology; they’re both developing Molybdenum (or Moly 99). To have two such companies in one county in the United States is unheard of. They are probably two of only just a few in the country, that do it – in fact, there are only a few in the whole world. And they both have ties to the University of Wisconsin.”

Indeed, the University of Wisconsin has enabled significant breakthroughs in the area for both health sciences and information communications technology. “We’re going to continue to grow in partnership with the University of Wisconsin and we’re going to continue to be a player in information technology for years to come,” says Jadin. “We’re going to debunk the myth of this area being a fly-over state. Instead, we’re going to show very clearly that this is a robust economy, one that is redefining the traditional branding that midwestern states have had to endure for some time,” says Jadin.

“Madison has two staples: one is safety and the other is education. You’re going to get a strong elementary education here, all the way through high school. Then, the university system in Wisconsin is second to none. There is a much higher percentage of people with bachelor degrees and advanced degrees here than throughout the rest of the country. It’s an area that is known for its brain power.”

In terms of livability, “Neighborhoods are very walkable – well-lit, clean and safe. This is still an area where crimes against persons are very low compared to most major communities. So, in addition to the abundant natural resources and all of the things to do here, it comes back down to education and safety.”

As the Madison Region continues to flourish, its growth will continue to be well-planned. “Infrastructure will be addressed more effectively, and there will be significant population growth because of that,” says Jadin.

With such a great story to tell, there is much more to the Madison Region than one might expect to find. For individuals and families, it’s a great place to visit and live, and for businesses who wish to be a part of the thriving tech and scientific growth, Madison is definitely the place to be. 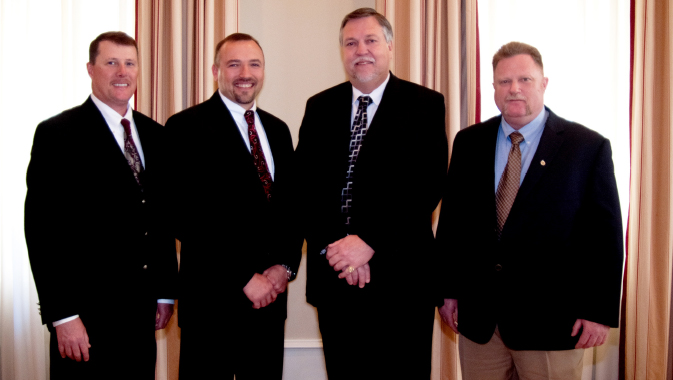 Serving Communities for the Advancements of All