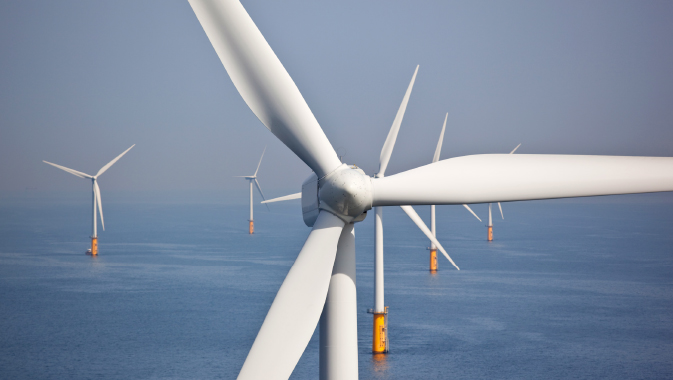 In the world of renewable energy, wind power is growing fast. It is projected that 10 percent of the energy generated in the United States will come from wind farms by 2020. Offshore wind farms are a relatively new addition to the American energy market, but the technology has been well established in Europe and is now taking off state-side as well.
~
The basic idea of transforming wind into electricity has been understood since the late 19th century; before that, wind power was harvested to mill grain and move water for thousands of years. Humanity has a long history of innovating ways to make wind do work, but modern wind turbines are an invention in an entirely different league.

Traditional wind turbines come in a wide range of configurations, but modern turbines all fit a fairly consistent design consisting of three blades situated on top of a tall tubular steel tower. This design is the result of very deliberate engineering decisions that amount to the most efficient, cost-effective, and quiet system possible.

The body of a wind turbine, called the “nacelle,” can rotate on its vertical axis, and is equipped with a sensor that can detect the direction of the wind. With these features, the turbine can change its orientation to face into the oncoming wind. Each blade is aerodynamically designed to convert the wind force coming directly toward it into rotational energy, similarly to how an airplane wing converts the air it’s flying straight through into upward lift. As wind blows against the blades, they rotate which turns a low-speed shaft. The weight of the blades creates a limitation for the speed at which they can rotate; if they rotate too fast, centrifugal force can cause them to break off, or even tear apart. In order to mitigate this, the rotor has a braking mechanism inside that keeps the blades spinning at a safe speed. In order to convert the rotational energy into electricity, the low-speed shaft is connected to a series of gears that increase the rotational speed, and finally a high-speed shaft spins the motor arm of a generator.

By now, most of us are familiar with the size of onshore wind turbines – giant machines towering into the skyline – but the enormous scale of the onshore turbine is made to look miniature when compared to the offshore variant. The average onshore wind turbine has a diameter of around 200 feet, measured at the tips of the blades. That’s a little more than half the length of a football field, and almost as wide as the wingspan of a 747. The first offshore turbines erected in the United States, located on a wind farm on Block Island, Rhode Island, have a diameter of nearly 500 feet. These enormous offshore turbines are built bigger because the wind at sea is faster. While onshore wind speeds in America vary, they average to be around six and a half metres per second. Offshore wind turbines work with wind at much higher speeds averaging closer to twelve metres per second.

The energy production of a wind turbine is measured in megawatt hours. This is a measure of how many millions of watts can be generated per hour when the turbine is operating in ideal conditions. The average rating of onshore wind turbines in the United States is 3.5 MW, meaning that one of these turbines operating at top capacity will generate 3.5 MW of electricity per hour. Wind speeds fluctuate heavily, however, and so on average, wind turbines only operate at top capacity around half the time. Averaged across a year, a 4 MW turbine will generate something close to 18,000 MWh. According to the U.S. Energy Information Center, the average United States household consumes 11 MWh per year, meaning that the average onshore turbine can power around 1590 households. The Block Island Wind Farm consists of five 6MW offshore turbines, making it a 30MW wind farm, and is expected to generate more than 125,000 MWh annually which is enough to power 11,000 households.

The Block Island Wind Farm is a project that was originally conceived of in 2006 to diversify Rhode Island’s energy supply. In September of 2008 a company called Deepwater Wind was chosen to build the operation. The Block Island Wind Farm today represents only a fraction of the complete plan, which aims to supply 1.3 million megawatt hours of electricity per year, 15 percent of the total power used by the entire state.

This wind farm may be the first of its kind in the United States, but it has paved the way for a number of similar projects. In January of this year, approval was granted to Deepwater Wind to build a 90MW 15 turbine farm 30 miles east of Montauk, New York, in the same sea space as the Block Island operation. This project is known as the Deepwater One South Fork and construction is expected to begin in 2019 and complete in 2022. Deepwater Wind has leased water in this location to hold both the Block Island and South Fork projects, but in total the space could potentially hold 200 turbines.

Another private developer, Cape Wind Associates, received approval in 2010 to build a 130 turbine farm near Cape Cod, Massachusetts. This colossal project would generate 1.5 million megawatts per year, enough to supply Cape Cod, Martha’s Vineyard, and the island of Nantucket combined.

Beyond privately funded projects, there are a number of federally funded offshore wind farms under development in the United States. In 2014, the United States Department of Energy launched a renewable energy funding program to provide support for offshore wind farms. The first of these, and the first offshore wind farm project to be granted a lease to operate in federal waters, is the VOWTAP or Virginia Offshore Wind Technology Advancement Program project. The project was awarded $47 million from the Department of Energy to help fund the construction of two six megawatt turbines.

Another federally funded project is Principle Power’s Windfloat prototype. This project is unique in that it is mounted on top of a floating platform. This approach allows the turbines to be located in water depths exceeding 40m that are too deep for sea-floor mounted turbines, but where wind speeds are greater. The first floating, grid-connected, 6MW turbine, known as the VolturnUS, was developed at the University of Maine and was designed to operate in water depths of 150 feet or more. There is a plan to deploy two of these VolturnUS turbines by 2020. Floating wind farms are a new innovation in renewable energy and as the technology is developed, we should expect to see many more deep water installations.

According to the American Wind Energy Association (AWEA), in 2016 the 226 million megawatt hours of energy produced by wind farms in the United States replaced enough of the nation’s fossil fuel energy production to eliminate 159 million metric tons of CO2 . This is the equivalent of eliminating the annual carbon emissions of more than 33 million cars. As offshore wind-farms are new to the U.S. energy market, environmental impact studies are hard to find, but offshore wind farms have existed in Europe for long enough that studies are available. According to a European agency called Windfacts, the carbon emissions from offshore wind farms, including everything from the manufacture to the installation and operation, are all far below the emissions of more conventional technologies like coal or natural gas.

Even when compared to other renewable energy sources, such as hydro or solar, wind’s carbon footprint – or lack thereof – is simply unparalleled. When it comes to environmentally conscious renewable energy, wind is the leading source. The largest offshore wind farm in the world is a 175 turbine, 630 MW operation off the Kent Coast in the United Kingdom. It has been in operation since 2013, powers roughly 500 000 households, and is expected to reduce carbon emissions by 900 000 tons, or the equivalent of 300 000 cars. Offshore wind energy has been on an upward trend in Europe, and the United States energy market is following suit with many offshore projects on the horizon.

As the world continues to move away from fossil fuels going forward, wind energy will very likely remain at the forefront of the clean energy industry for the foreseeable future. The high production and cost-effectiveness of the giant offshore turbines will continue to carve out a place for them in the American market. 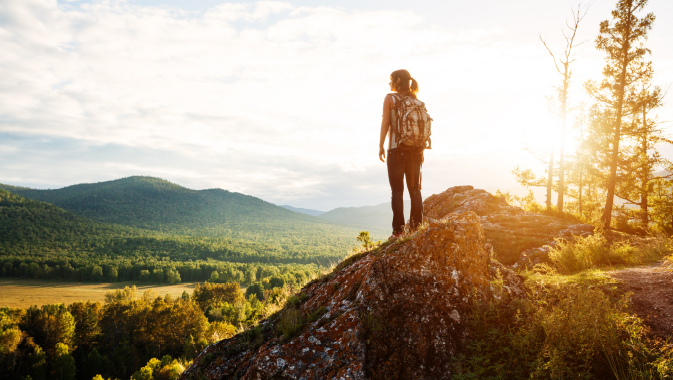