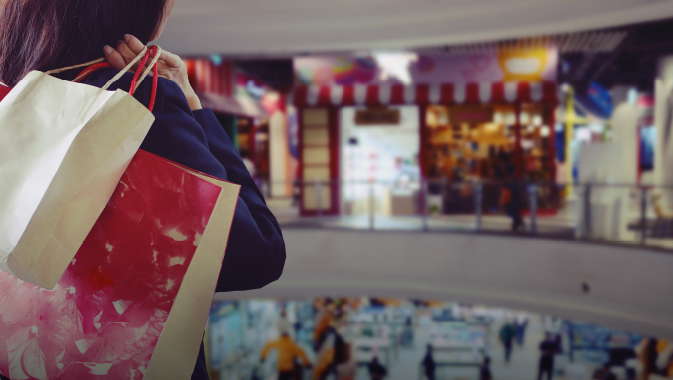 Panama City, Florida is an idyllic place on St. Andrews Bay, along Route 98, with long stretches of white sandy beaches, amusement parks, and an old fishing town that caters to both locals and a large tourist population. Panama City Mall is the perfect complement to the city as it is the only enclosed shopping center for sixty-five miles.
~
Panama City Mall opened its doors at the time of America’s bicentennial celebrations in 1976. Although the mall is standard in some respects, the Ownership and Mall Management, including General Manager Kim Wise and Marketing Director Erin Wommack, have made serious efforts to appeal to the surrounding communities’ need for both shopping and an area that educates and celebrates on many levels.

The mall was built by Robert B. Aikens & Associates LLC, and its first anchors were department store chains Gayfers and Sears. Eventually, the JC Penney wing was added to the Mall and it opened in 1984. JC Penney had previously had a location in downtown Panama City and moved to the mall when it expanded. Gayfers was taken over by Dillard’s in 1998, so the current anchors are Dillard’s, Sears & JC Penney.

“Robert B. Aikens & Associates bought the property, built the development and owned it all the way up to 2002, when it was acquired by CBL & Associates Properties,” says Kim.

The property encompasses fifty-six acres, with ninety small shops. After CBL & Associates Properties, Inc. purchased the mall property, they developed the outparcels including the Shoppes at Panama City, a strip center anchored by a Best Buy, Panera Bread which is on a land lease, Red Lobster and the Vitamin Shoppe and Starbucks building, which opened in 2003.

A mix of tourism and local business keeps the mall going. This is in a beach community, which doubles as a drive-in market. There are 200,000 local residents, but over seven million people come to vacation here every year.

“If it is too hot, cold, or raining, people look for indoor activities, and we are the only enclosed shopping center for sixty-five miles. We try to appeal to all demographics. The small shop stores are frequented by the younger set, where Sears and JC Penney work for the older crowd,” says Kim.

You can find stores such as American Eagle, rue21, Aeropostale, and FYE, a music store that sells DVDs and video games. In recent years, due to the downloading revolution, Erin believed that the selling of music in its tangible form could become an extinct concept, but the shop is thriving within the mall.

Planet Fitness is one of the newly completed additions to the mall. It has between six thousand and eight thousand members, bringing in at least one thousand people every day. This is an obvious advantage as people with memberships will also look to buy sport shoes or workout clothes. There are two vitamin stores, with GNC in the mall and Vitamin Shoppe outside the mall, that members of the fitness club will take advantage of for vitamins and supplements.

“It’s a common occurrence to see people walking through the food court in their gym clothes. All told, the fitness club has been of positive benefit. Most of our retailers have seen an upswing in business,” says Kim.

There is also a children’s play area in the middle of the food court that is very popular with parents who want to enjoy a coffee or speak with a friend as the kids play. The Bay County Public Library has story time in the play area every Monday morning from 10 AM to 11 AM.

Panama City Mall tries to host at least one major event at the mall each month. The traditional back to school bash occurs every year, and this year, the mall will be giving away 250 backpacks filled with school supplies, to give out on a first come, first serve basis.

Another initiative taken on the part of the mall is to involve local sporting and recreational organizations to inform parents what activities they can get their children involved in after school.

Panama City Mall has an Easter bunny parade and Christmas season activities and events that pull in many local organizations. Santa Claus arrives to the mall via helicopter in the main parking lot. This will take place on November 18 of this year, and it is a big event for the mall.

“Last year, we had one of our local high school bands come and play out in the parking lot, with different types of entertainment going on throughout the morning for the kids. That usually pulls in at least 1000 kids. They love to watch as Santa comes by helicopter. The whole community comes out,” says Erin.

There are also health expositions and fashion shows and a breast cancer awareness event with the American Cancer Society. A marketing campaign begins every October with the mall hanging up a huge metal breast cancer ribbon to raise awareness and holding fundraisers for breast cancer research. Many local teams participate and set up their own fundraisers as well.

Panama City Mall joined with Planet Fitness this summer on a ‘Summer Sweat Fest,’ which consisted of a high intensity cardio workout circuit around the mall. There are also Mother’s Day and Father’s Day events, and the Mall is working on a car to be given away in the next couple of months.

Panama City Mall allies frequently with local law enforcement and all of the other smaller cities nearby, and another initiative includes hosting the National Night Out every year. First responders bring fire trucks and police cars, even helicopters. The Navy, Air Force and other military branches all have a presence at the event, which takes place in August each year. The fire hydrant was opened for PCFD to do demonstrations with the fire hoses for children to learn and play, and there’s free food for the community, all hosted on mall property and free to the public. This was the 10th year in a row for this Community Event.

“We love holding community events that draw people to the mall and are very well known for these efforts. It is a personal goal of mine, to increase the amount of activity within the mall,” says Erin.

Good relationships with the local media are very advantageous for the mall. Most of the events are covered by the NBC and ABC affiliates. This helps to attract the local organizations because being in the public eye can be beneficial to all involved.

The number of people flocking to the mall goes up every year. There are people counters that run a tally of all the individuals coming into the common area. Most malls have traffic counters that only take into consideration the cars in the lot. They then base numbers on an average per car; the individual count should be more accurate, and over five million people come to Panama City Mall every year.

Sephora had its grand opening on June 23, and it was another big event for the mall. “We helped promote the event with Facebook live, and had a line of over 600 people come through the doors to receive free handbags and makeup. A Sephora spokesperson claimed that the opening beat out all other stores within a 100 mile radius,” says Erin.

A discount theatre called Carmike Cinemas was one of the first tenants in the mall and has been a 41-year mainstay. Now the mall is deciding whether to build a new theatre and redevelop what is currently the back of the mall to have exterior entrance spaces. AMC has bought out Carmike; however, the mall is still working on redeveloping that side of the property with something that makes sense for the mall and the market and possibly a big box tenant.

“We are looking for something that’s going to drive additional traffic and shoppers to the mall. It could end up being a partial redevelopment of the back side, with a new entrance and facade. We’ve worked with the city on parking ratios and received approval to build,” says Kim.

There is no room to buy additional property and the Department of Transportation (DOT) is looking to expand the road on either side of the mall. This could lead to a loss of land for the mall. It could also change the entrance to the mall and affect the auto center.

On the plus side, as the DOT plans would change traffic flow, more easily accessible entrances are possible. A red light may go in between the parcel across the street and the mall, and new signage would follow. There is a ditch surrounding the mall that currently helps with the flow of water drainage because the mall sits close to sea level.

“If the DOT performs these road improvements, they will have to take over that ditch and improve the structure and look of it. The cost of maintenance would then be the DOT’s responsibility, instead of the landlord’s. We could get some new landscaping too. This could benefit us in the long run,” says Kim. 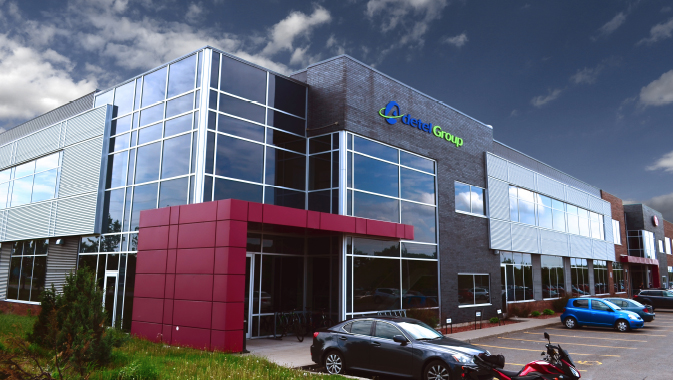