The Benefits of Buying Close to Home 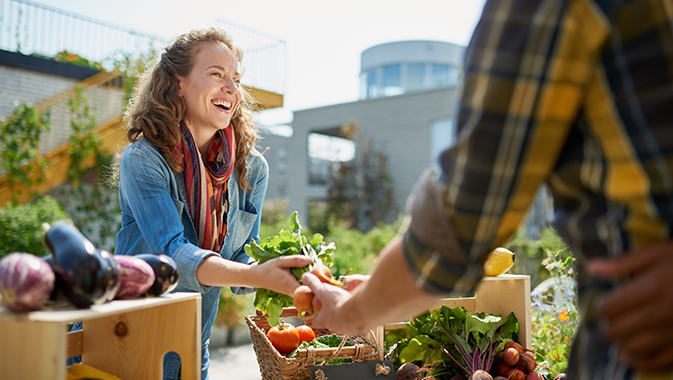 From microbrewery beer and freshly-picked beets to handmade furniture and neighbourhood bicycle repair shops, spending our money on locally-sourced goods and services has become a passion for many who recognize the benefits to consumers, small businesses, the community, the environment, and even our health.
~
On social media platforms like Facebook and Pinterest, there are thousands of groups across North America advocating the advantages of ‘going local’ and purchasing from local companies who provide family-owned products.

Buying locally brings with it many advantages, especially when it comes to food. “Locally produced foods – defined as those harvested within a 100-mile radius of one’s home – have a lesser impact on the environment because of the decreased need for transportation from source to consumer,” said Food Network chef Tyler Florence.

Buying locally-grown or made goods and services just makes environmental sense. In the United States, it is estimated $2.2 trillion in products are transported internationally by ship and airplane every year. Eleven billion gallons of fuel are required to bring in these goods, and one billion metric tons of carbon dioxide is generated.

From coffee shops to breweries, and bakers to small cheese shops, locally-based businesses benefit the environment, by dramatically reducing carbon emissions since goods are not transported from hundreds – if not thousands – of miles away.

Pollution is generated during shipping, and there is the cost of packaging materials such as cardboard, plastic, and foam. Industrial pollution accounts for approximately half of the pollution in the U.S., so buying local means hundreds of thousands of tons in packaging waste is eliminated and fuel emissions greatly reduced.

Buying locally is often referred to as ‘the hundred-mile challenge, and customers are making a concerted effort to locate food products grown within this distance, as many of our ancestors did in the past. For farmers, this radius gives them a captive market for their fruit, vegetables, and meat products. Buyers are purchasing strawberries, cucumbers, peaches, corn, and other food harvested at the peak of freshness. Buying local, sometimes in smaller quantities, means less spoilage and food waste.

Supermarket produce tends to be picked while still hard and green to prevent rot during transport from countries like Mexico. It is packed into containers and ripened, either during shipping or at large grocery stores, using ethylene gas. While harmless, this process results in produce that tastes bland compared to fresh from the farm food. This is why some chefs actually prefer canned or frozen fruit and vegetables over those taking weeks to ship from other countries if local food is not in season.

Among the other benefits of buying local are health and nutrition. Fresh, local, unprocessed food is simply better for us, containing more of the vitamins that are lost during shipping. It can also be safer for us to eat since health guidelines and standards regarding to prevent spoilage and water used for irrigation are not universal.

There are also consumers who wish to avoid genetically modified organisms (GMOs), in which the genetic material (DNA) of plants and animals has been altered, which is much more likely to happen with massive industrial producers than small, local farmers.

Many parents – themselves raised on highly-processed convenience foods like hot dogs or boxed macaroni and cheese – are now opting for healthier choices for their families. So-called ‘Big Food’ manufacturers are feeling the pinch as growing consumer awareness means that customers continue to distance themselves from salty canned soups, sugar-laden cereals, and cold cuts packed with nitrites as preservatives. Instead, people are moving towards fresh, locally-sourced foods free from preservatives, artificial colors, corn syrup, and unpronounceable ingredients.

Across the United States and Canada, local businesses often come together to create a ‘destination’ for both locals and tourists. In some cases, these destination sites re-purpose unused industrial land, which gives the area a much-needed facelift and boosts the economy.

In Toronto, examples include the Distillery District and the Evergreen Brick Works. Dating back to 1832, the Distillery District was an area of forty-seven Victorian-era buildings that sat unused for decades. Likewise, the Evergreen Brick Works was a large, abandoned site where brick manufacturing once took place. Recent years have seen concerned citizens, business, government, and developers transform these locations into thriving mini-communities.

Evergreen Brick Works is now famous for its farmers’ markets, coffee shops, and natural setting. The Distillery District – once the Gooderham and Worts Distillery – is a popular year-round destination and historical site. It is known for fine dining, shopping, bars, art galleries, dance studios, outdoor summer musical performances, flea markets, and the Toronto Christmas Market, which is ranked one of the world’s ten best holiday markets by tourism publisher Fodor’s Travel.

The common thread uniting Evergreen Brick Works’ and the Distillery District’s independent neighbourhood retailers, eateries and cafes is the ability to shop locally. Strong community involvement has resulted in areas popular with residents and visitors alike.

Customers will not only shop from area merchants, but they may also stay for hours, patronizing cafes, bars, restaurants and other establishments. And across the United States, attending local markets is fast-growing in popularity. Websites, including travel giant Frommer’s, promote America’s best public markets in Philadelphia, Seattle, Napa, and other locations.

Buying food and other goods from area stores is beneficial to the local economy. When eating at a neighbourhood restaurant or making a purchase from an independent hardware, clothing, or artisan shop, we are helping to support small businesses in our area. Buying locally can mean helping someone achieve the dream of owning and operating their own company. Often, money generated in a particular area is reinvested into supporting other shops and services, further strengthening local communities.

When it comes to buying from your neighbourhood butcher, baker, or vegetable stand, or using the services of an independent area mechanic, furnace cleaning service, or appliance repair shop, ‘going local’ fosters a greater sense of community and neighbourhood pride, and the economic returns are staggering. Some estimates state that jobs created by local businesses provide returns to their communities three times greater than large chain retailers.

Purchasing seasonal produce can take consumers on a culinary adventure, and in some communities, programs donate a percentage towards food banks, helping those in need.

Local businesses help to create jobs which in turn results in workers spending money locally, furthering a healthy area economic cycle. And in many ways, nothing feels quite as good as telling friend and relatives that you bought something from a local business, and supporting friends and neighbours in the area. 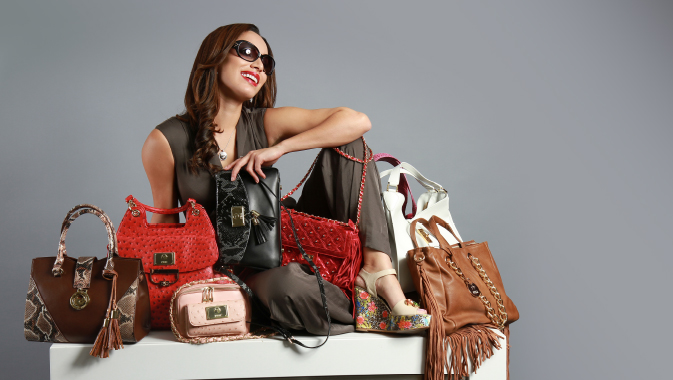