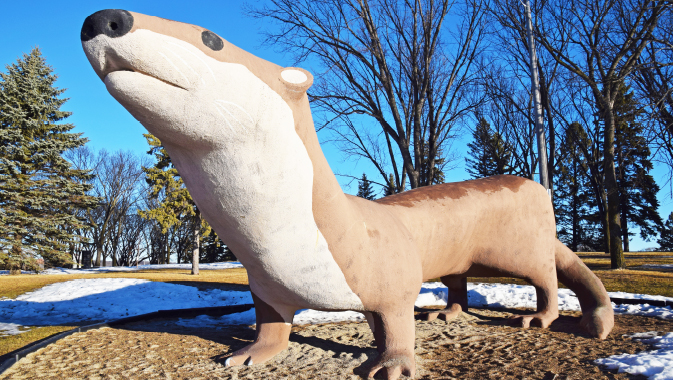 Otter Tail is a rural county in beautiful west central Minnesota. It is geographically blessed – from a natural resource perspective – with 1,048 lakes, more than any other county in the entire United States. This has resulted in the county having more shoreline than California and Florida put together. It is quite large, spanning roughly 2,500 square miles. “If you were to take all of the highways within the county, stretch them out and lay them end-to-end, they would stretch to Houston, Texas,” says Economic Development Director Nick Leonard.
~
Given the natural beauty of Otter Tail, it is a coveted tourist destination, but there are also 60,000 people who live here. Most of these residents call Otter Tail home for twelve months of the year, but because of the county’s outdoor amenities and the pleasantly warm summer climate, Otter Tail is a popular retirement community and has a significant senior population who summer away. It is estimated that the Otter Tail’s population nearly doubles in the summer months.

Tourism is an important part of the culture and economic prosperity of the area, but it is also a significant part of its history. Next year, Otter Tail embarks on its 150th year as a county. In the mid- to late-1800s, before the county was incorporated, people from Chicago and other urban areas took an interest in the region as a destination for vacationing due to the extensive access to beautiful lake-side property. This rapidly evolved into a demand for infrastructure in the form of roads, electricity, and other amenities to make their experience more consistent with the quality of living they were used to in their urban homes.

Having a significant senior population has given rise to a large healthcare industry including multiple hospitals and many other health facilities. The largest of these is Lake Region Healthcare with its primary service in the county seat of Fergus Falls. Other large healthcare providers include Perham Health, a community-owned provider managed by Sanford Health, and Tri-County Healthcare with branches in Ottertail, Henning and Wadena.

Otter Tail also features a diverse agricultural industry and an extensive manufacturing industry, much of which is closely tied to the county’s agricultural production. KLN Family Brands is one of the larger employers in the county. KLN is a food product manufacturer well-known for developing a multitude of popular brands including Barrel of Fun Chips, Nutheads candy, Kenny’s candy, Tuffy’s pet food and more. All of these operations are located in the rural town of Perham, Minnesota. Perham has a population of around 3,000 and has more jobs than residents. From an employment and an overall economic standpoint, healthcare, agriculture, manufacturing and tourism are critical factors in the county’s sustainability.

One of the most important things that the county is doing in terms of economic development within the various communities of the region is focusing on workforce recruitment. There was a time when nothing was more important than recruiting businesses, but what Otter Tail County needs now is workers. Since about one-third of the population is retired, there is only about one-third that is workforce ready. With a county-wide unemployment rate of three percent –and in some communities much lower – the only viable way to grow is to increase the size of the workforce by bringing in new residents.

The way Otter Tail is tackling these challenges is just one of the things that sets the community apart from similar rural areas with workforce needs. The county is working closely with the private sector to explore how it can write its own narrative about why people should work and live in Otter Tail.

Three years ago, the county kicked off a campaign called ‘Find your Inner Otter’ to attract workers and residents by marketing the numerous lifestyle perks of living in Otter Tail County. The campaign has a few components including a comprehensive website, an online quiz and a web series. On its website, you will find information about places to stay, things to see and do, employment opportunities, events and more. As for the ‘Find Your Inner Otter’ web series, well, the show is hosted by a silly otter puppet, known as Your Inner Otter, and he represents the friendly, easy-going nature of the Otter Tail community. He is the “guru of the getaway, the Buddha of the backstroke, and the Dalai Lama of laidback lakes living.” He fields calls and emails on his show offering advice about how to “find your inner otter” by taking the time to enjoy the natural beauty and entertainment that the Otter Tail Lakes region can offer.

The campaign was an effort by the economic development group in partnership with the tourist commission to rebrand the county and promote the area in a way that would begin to convert visitors into permanent residents.

Otter Tail is one of the only rural counties that has a full-time rural rebound initiative coordinator. It is this person’s job to work with the private sector on the workforce shortage problem by implementing programmatic efforts to slow out-migration of the county’s young people while coordinating efforts to make a future return to the Otter Tail community an appealing option for those who do leave.

Ben Winchester from the University of Minnesota has found through his research, that the vast majority of people living in urban centers would rather be living in more rural, outstate locations. This data is reflected in what the county is seeing. People who out-migrate from rural communities into urban centers between the ages of eighteen and twenty-six often rebound to Otter Tail – and places like it – either organically or through the county’s marketing initiatives.

“They see this as a great place to raise a family,” says Leonard, “because of the safety of our communities, because of the way in which we’re invested in our education, because there are jobs. We’re seeing a really profound impact.”

Otter Tail County is not about to sit back and wait. It has rolled up its sleeves and begun examining ways to solve the problem. “It’s one of the things we’ve been really working on, and we’re pleased that it seems to be working,” says Leonard.

Another study, by Research Fellow Ben Winchester of The EDA Center at the University of Minnesota, Crookston, looked at the reasons someone might return to a rural area (see edacenter.org/downloads/BW_Survey_Appendix.pdf). A list of the various aspects of life, including jobs, education, security, lifestyle and many more, were given to participants who were then asked to rate them. Given that rural rebounders tend to be at an age where they are still working to provide for their families, Leonard was surprised to find that employment opportunities did not even make top ten in the list.

“It’s things like safety,” says Leonard. “It’s small-town feel and atmosphere; it’s being able to have people that you can rely on when your kids get sick, high-quality education, and probably, for our area, nothing is more important than our natural resources.”

The people rebounding to Otter Tail County are looking for a work-life balance. They want meaningful careers, and they find those opportunities, but the priority is balancing that with a quality of life that can only be found in rural living.

The many communities in Otter Tail County each have an economic development authority, and these all work closely with the team at the county level. A key part of this coordination is a shared understanding of what makes Otter Tail unique and progressive. The groups work hard to recruit businesses and organizations that will offer livable-wage jobs, add to the fabric of the culture and have an overall positive impact on the region.

There are bedroom communities in Otter Tail from which a significant sector of the town’s workforce commutes into a neighboring area for work. This necessitates an uncommon level of cooperation between the various economic development groups and results in a very advantageous spirit of partnership.

In the city of New York Mills, Lund Boats, a giant in the manufacture of fishing boats, is expanding. One of the challenges in this community is a lack of available child care resources. The county is working with the city and private sector partners to place a child care center in an underutilized county-owned facility in New York Mills. The willingness of the private sector to work with the communities to solve these problems is a clear demonstration of the Otter Tail culture of cooperation and courage to face challenges head-on.

The county will soon move into its 150th year, and it is planning a year-long sesquicentennial celebration. For a year, it will celebrate the Otter Tail culture and the laid-back lakes lifestyle while continuing to invite newcomers to find their inner otter. 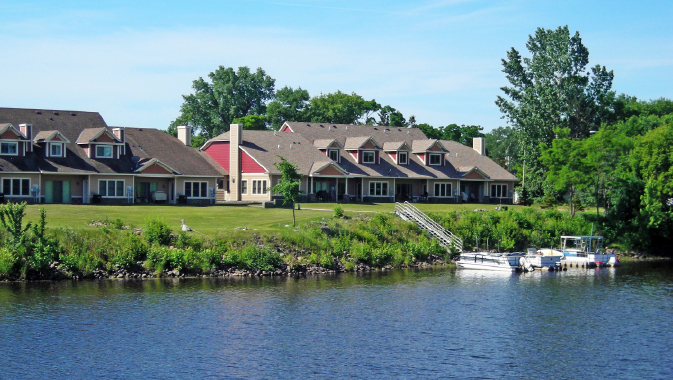