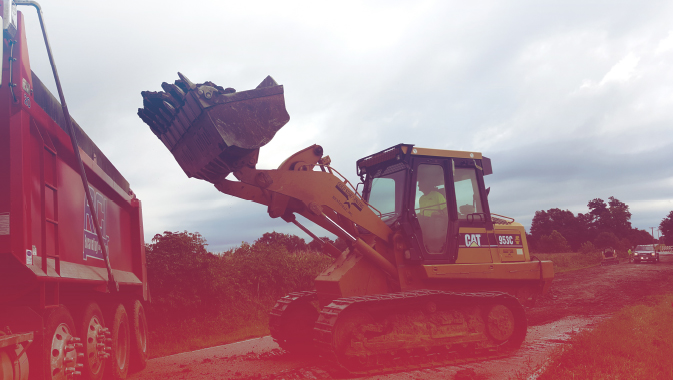 Centered on Interstate 70, just west of St. Louis in eastern Missouri, lies the Boonslick region. This growing part of the St. Louis MSA offers its 100,000 residents a rural quality of life in an economically up-and-coming region of three counties: Warren, Lincoln, and Montgomery.
~
The Boonslick (also known as Boone’s Lick Country) was named after the American explorer and folk hero Daniel Boone. Today, the old trading route remains a well-connected area favorable for business development, as it is bound by the Missouri and Mississippi rivers and is rich in natural assets.

Two Class 1 railroads (Union Pacific and Burlington Northern) go right through Boonslick, which is also bisected by major routes: I-70 running east to west, and Highway 61 running north to south. The Highway 61 corridor is part of a major route between St. Louis, Missouri and St. Paul, Minnesota, known in the Midwest as “the Avenue of the Saints.”

An important part of Missouri River Country
Boonslick is a rural region that encompasses 1,645 square miles, 27 municipal governments, and three county governments. In order to help them succeed together, in 1968, Governor Warren E. Hearnes gave signed permission to allow the creation of the Boonslick Regional Planning Commission, or BRPC.

Currently, Boonslick is undergoing a “Missouri River Country” branding process with other stakeholders to bring out the character of the region. The longest river in North America, the Missouri begins in the Rocky Mountains and culminates in St. Louis, where it joins the Mississippi. The Boonslick region is fortunate to have access to both of these scenic rivers, which are a draw for businesses and adventure-seeking tourists. The Missouri River Country project will include a 100-mile region, from the wine country in Hermann, Missouri to the confluence.

Through a collaborative effort, all stakeholders involved in the Missouri River Country project will work to understand the region and decide on best practices to encourage tourism, conservation, and cultural heritage, helping the regions along the river to thrive together. The website http://morivercountry.com will spotlight regional events.

The BRPC is a membership-based organization, composed of Boonslick’s municipalities and counties. Membership is on a voluntary basis. The BRPC provides professional planning services and technical assistance to its members, including grant writing, community and economic development planning, and business lending to support job creation and investment in the region. In addition to supporting its members, the BRPC works with private citizens on its committees and engages with economic development councils in the region.

To help residents find the right opportunity for them and keep the region’s unemployment rate low, the BRPC recently obtained a contract through Jobs for America to deliver Workforce Innovation Programs at the Missouri Job Center in Warrenton, also part of the BRPC. These programs are funded by the Workforce Innovation and Opportunities Act. The job center allows constituents to access workforce development programs so they can apply for unemployment benefits, obtain financial assistance for job training, and work with staff to choose the right career path for them in the growing region.

Boonslick’s thriving industries
“We recently had an entrepreneurship assessment done, and according to the data there are a few industry clusters that are very good for the Boonslick region. We are seeking several projects to focus on those industries,” Chad Eggen, Executive Director of the BRPC, tells Business in Focus.

Manufacturing is a major player in the region, specifically Tier 1 companies who supply components directly to original equipment manufacturers in the airplane or automotive parts sector. Boeing—the world’s leading aerospace manufacturer—as well as the multinational automobile manufacturer General Motors are both located in St. Louis, which is about an hour’s drive from Boonslick, and suppliers for these businesses do quite well in the area.

Due to Boonslick’s accessible location, the freight industry is growing. There are ample opportunities for freight expansion along the Mississippi River and Missouri River, and truck transport along the major highways. There is also the possibility of a new port for Lincoln County. Moreover, Amazon has recently announced that it will be opening a distribution center in a St. Louis suburb, which will employ 350 residents and add to the transport boom. The State Department of Transportation’s freight plan anticipates growth of 55 percent in the next 13 years, by 2030.

Additionally, Boonslick boasts a healthy agricultural sector which it has maintained since it was first settled, and metalworking and information technology are also growing opportunities for new businesses who want to locate to the Midwest.

Helping new businesses and entrepreneurs
Over the last two years, the BRPC has helped generate over $60 million in investment and 500 new jobs. Two major projects for two different production plants were among the major catalysts for this boom: CertainTeed and Toyota Bodine Aluminum. There was an infusion of grant funds for both of those projects from the state and federal levels. The BRPC has helped with seeking funds for CertainTeed’s rail spur and water tower, and hosted its job fair.

With a new $100 million-dollar manufacturing and distribution center in Montgomery County, CertainTeed is projected to bring 100 new jobs to the community. The company is a producer of building materials such as roofing, shingles, and siding for homes.

Toyota Bodine Aluminum’s facility, meanwhile, has undergone several expansions with the help of the BRPC, creating even more jobs. The production facility produces all of the cylinder heads, blocks, and transmission parts for Toyota and Lexus vehicles manufactured in the U.S.

As the BRPC operates the regional recycling center, it was also able to help another new business in town to grow—an environmentally conscious tech company known as EPC Incorporated. EPC is a computer sales, service, and recycling business in St. Charles. “EPC is a manufacturer that just opened in our area. They take a lot of old electronics, which we recycle for them. They then turn those out into new products. Over the last two years, they have hired a lot of people,” Eggen adds.

Other important projects the BRPC has worked on include collaborating with the EMTCC grant writing committee to obtain funds for the startup of the Mobility Management transportation referral service in Missouri; administering funds for the construction of a new fire station to serve the Truxton Village area; and administering funds for infrastructural improvements to the City of Warrenton, the Highway 19 overpass at the railroad (a former site of flooding during heavy rains), and the Village of Rhineland.

Creating Work Ready communities
Currently, the BRPC is also working with employers and schools to obtain Work Ready Certification throughout the region. Each of Boonslick’s three counties’ economic development councils are eager to have the certification to be able to provide prospective employers looking to locate to Boonslick with data that illustrates the community’s positive work ethic, soft skills, and applied math skills. “It gives these counties an economic development tool to show businesses what their skilled workforce is like and what their qualifications are, and how they rank nationally through a standardized test,” explains Eggen.

The initiative was created by ACT, a non-profit dedicated to helping people achieve education and workplace success. With Work Ready Communities, ACT hopes to make the United States more competitive and boost the economy at a national level. The certification, which assesses an individual based on skills required for 77 percent of jobs, is recognized by businesses and economic developers around the nation.

“We used it with CertainTeed when they came in to the region; all of their employees went through the Work Ready certification process. They are a shining example for us. They believed in it so thoroughly that it was a requirement for them,” Eggen says, adding that he has also suggested the certification to a transportation business for which the BRPC is currently completing a grant project.

Planning ahead to keep future businesses resilient
But not everything has been perfect for Boonslick over the last few years. Storms, tornadoes, and floods are all occurrences that residents and businesses in the State of Missouri should take precautions against due to the state’s geography. Since 1990, Missouri has received more than 35 major federal disaster declarations.

Over the last couple of years, these experiences have led to the BRPC’s creation of resiliency planning projects. Through these projects, Eggen hopes to save businesses that experience the unthinkable from losing all of their assets and data.

There are a number of safety measures that must be taken by businesses—everything from backing up a company’s files outside of the office and/or in the cloud, to something as simple as knowing where local fire hydrants and pipelines are. “We are making a major push as a regional planning commission, and as a state, to think about long-term readiness,” says Eggen. “Our focus is on the infrastructure and the business continuity plans for each county, to make sure people have thought about ‘what if,’ and what to do. Several communities are holding strategic sessions to create comprehensive plans. We anticipate a doubling in population by 2030, so we want to be prepared to have well-planned and managed growth.”

These long-term precautionary measures will help to keep Boonslick safe, along with the new businesses and residents who move in to the region.

Whether involved in the manufacturing sector, agricultural industry, freight, or another line of work entirely, businesses that are considering the Midwest will continue to be attracted by Boonslick’s unique history and character, its dedicated workforce, and its business-friendly policies. 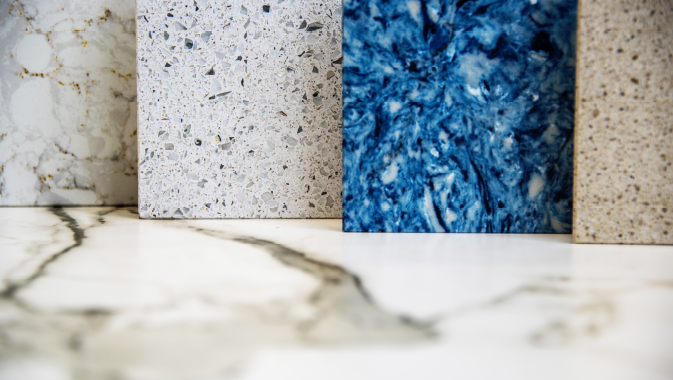 All Countertops, All the Time