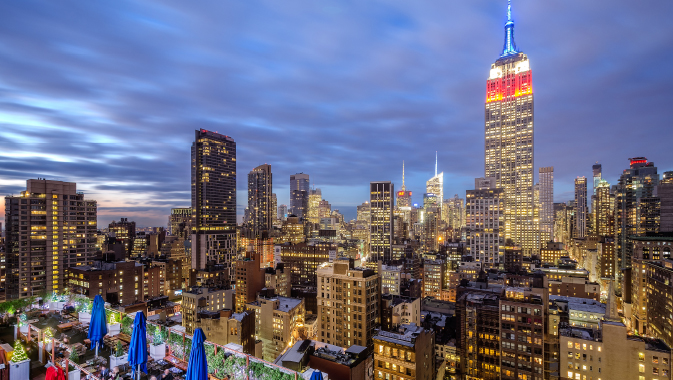 When Steven Greenberg set out to open 230 Fifth Rooftop Bar, the concept was simple: create a space that allowed tourists and locals alike to escape the hustle and bustle of New York City’s streets. With that in mind, he selected the rooftop of an iconic building in the Flatiron district of Manhattan, and a new standard in nightlife was born.
~
With a relaxed vibe, unmatched views of the Empire State Building, full food and drink menus and programming to please even the toughest critic, Mr. Greenberg achieved his goal, and in doing so, he created one of the foremost venues of its kind in the city.

During the 1970s, Mr. Greenberg found success on Wall Street and the following decade he found himself immersed in the city’s nightlife scene. With names like the Roxy, Palladium, Gramercy Park Hotel, Fame magazine and the Gansevoort Hotel behind him, 230 Fifth Rooftop Bar was his greatest undertaking, even described as “the capstone of his career.”

“The building is very unique for its size because there are eight passenger elevators that go to the 20th floor and one elevator that goes to the rooftop for VIP service, bottle service, and wheelchair accessibility, in addition to two freight elevators,” he explained. “It’s unique for a building of this size to have a total of thirteen elevators,” which enables 230 Fifth Rooftop Bar to maintain the flow of guests into the venue each night.

Many things have been done throughout the years at 230 Fifth Rooftop Bar to help create a memorable experience for its guests from around the world. It is an inclusive space that welcomes everyone through its doors year-round: rain or shine, summer or winter. There is no off-season.

“We pretty much welcome anyone over the age of 21 in the evening, from all over the world,” stated Mr. Rozenberg, though minors are admitted for the brunch buffet and for meals when accompanied by a guardian who is the age of majority. An upscale casual dress code is in effect Fridays and Saturdays.

During the week, there is a relaxed lounge vibe, while on Fridays and Saturdays guests can enjoy DJs and dance the night away. There are happy hour specials from 4 to 7pm during the work week and a brunch buffet on the weekends from 10am to 4pm, as well as themed events and concerts featuring some of the biggest names in music including Taylor Swift, Charlie Puth, Nicki Minaj, and Brad Paisley.

230 Fifth Rooftop Bar has evolved considerably since its founding and has continued to experience significant year-on-year growth. The bar is a full-service venue that plays host to conferences, product launches, weddings, bar and bat mitzvahs, birthday parties, awards ceremonies and just about anything else its guests can imagine. Thousands of people go through the venue’s doors each day to celebrate all of life’s greatest milestones. The venue is open 100 hours a week and can accommodate multiple events at the same time. While capacity is 1200, on a Saturday, upwards of 5000 people could make their way through the doors at 230 Fifth Rooftop Bar.

Each year, 1.5 million people walk through 230 Fifth Rooftop Bar’s doors. Mr. Rozenberg noted, “When you compare that to the most iconic building in the world, the Empire State Building, which does about 4.4 million and it’s been around for 100 years, that’s not bad.”

Mr. Rozenberg described the rooftop as, “a place to escape the hustle of New York and have a place to relax.” Complete with palm trees and other tropical flowers and plants that are brought in from Florida, it transports guests to a tropical paradise without ever having to leave the city.

Leaving the honking, noise and crowded sidewalks below, he explained, “The lighting is dim. The music is at a certain level, so it transforms it into an island, even though you see the Empire State Building in front of you. You know you’re in New York, but there’s a certain level of relaxation that comes from being on the roof.”

Last year, 230 Fifth Rooftop Bar added the outdoor igloos that have been very well received by its patrons. The 12 and a half foot igloos are a place for guests to cozy up, keep warm, and meet other people in an environment that is unique for New York City. “About two years ago,” Mr. Rozenberg recalled, “I was thinking about how else I could add to the roof to keep it open all year-round; and not only that, what was a good way for strangers to almost be forced to talk to each other? So we thought about different ideas – heated seats and different types of enclosures – but the challenge was that we were on a rooftop 20 stories above New York in a landmark building. Structurally, we would not be able to build anything that was a permanent structure.”

While many have tried to reserve one of the ever-popular igloos, it is the policy of 230 Fifth Rooftop Bar to restrict reservations, leaving the spaces open to the public. And no, bottle service or offers to rent the space won’t work! When weather is less than ideal, guests can enjoy one of the bar’s characteristic red robes that were provided by Mr. Greenberg to keep warm when they step outside to mingle. “We want every single person who visits the bar to have the opportunity to stay warm and not have to freeze just because somebody is spending more money than them,” explained Mr. Rozenberg, of the bar’s rationale behind the decision to restrict reservations and provide the lush robes.

“We also realized our clientele liked the concept of self-service, where you can walk to the bar and you can order food and drink and sit wherever you like, stay as long as you like and order whatever you like, without minimums.”

The bar boasts a rooftop garden and a full-time gardener who brings fresh-picked flavor to the food and drinks being served. Mr. Rozenberg noted, “Some of our ingredients in the food and the drinks come from our rooftop garden. We grow our own mint for the mojito: the raspberry mojito is our number one seller.”

He also paid credit to the work of co Director of Operations John Benedetti and Armando Flores, the chef. Behind the scenes at 230 Fifth Rooftop Bar is a staff of upwards of 250 people, as well as security staff and back of the house employees that help operations run smoothly day after day.

When asked about staffing levels, Mr. Rozenberg responded, “It usually comes down 70 percent in the winter time, with the exception of last winter – we were hiring in December. With the reaction to the igloos, we were busier in December then we were in August.”

Employees are well trained to OSHA standards, as well as given preventive accident training, to ensure operations go off without a hitch, as up to 150 staff members could be scheduled in a single night. Employees represent a diverse cross-section of backgrounds from all over the world, just as patrons do.

To be sure, the goal at 230 Fifth Rooftop Bar is to create memorable experiences. “A lot of our preparation and training is not just about good service or friendly service; it’s about creating memories for people and making them happy. Not just serving them in a timely manner, but for our guests to enjoy themselves. New York is a stressful place and we want people to have fun when they come here,” said Mr. Rozenberg.

In addition to being an inclusive and happening place to be in an already bustling city, perhaps what is most impressive about 230 Fifth Rooftop Bar is the philanthropic mission and vision of its founder. Mr. Greenberg passed away in 2012 from lymphoma. Sadly, he also lost his parents to cancer. Having been ravaged by the disease, he made his wishes clear: he wanted to donate a portion of the bar’s impressive revenue to cancer research and to the hospitals in Manhattan who supported his family during their fight.

Since his passing, the bar has operated under the guidance of the co-executors of his estate, his brother Charles and his close friend Michael Scharf. They are supported by Mr. Rozenberg, Mr. Benedetti, and the entire team at 230 Fifth Rooftop Bar who continue to deliver on his promise of creating memorable experiences for its guests and supporting cancer care and research in the city.

Thanks to the philanthropic vision of its founder and those who continue operations in his honor, 230 Fifth Rooftop Bar is a party with a purpose that plays an impactful role in the lives of many. In addition to creating memorable experiences for its guests, it is having a profound impact on the medical community through its continued philanthropic support.

“Our biggest promoter is not advertisement. We spent very little on advertisement,” said Mr. Rozenberg. “Our biggest promoter is our customers. Cab drivers are our promoters. Hotels are our promoters. We want to grow and continue to attract as many people as possible to give them a fun and unique experience when they do visit,” which 230 Fifth Rooftop Bar continues to do night after night, high above it all. 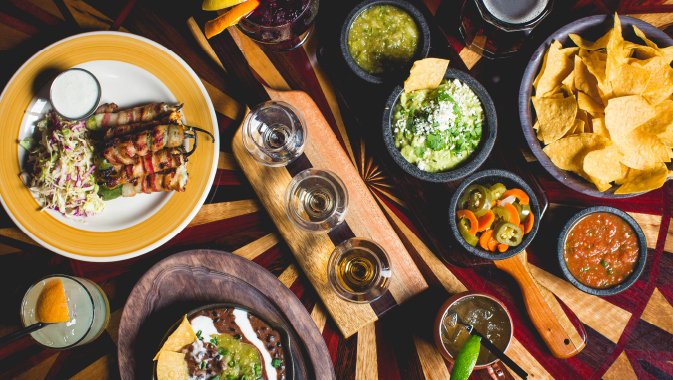