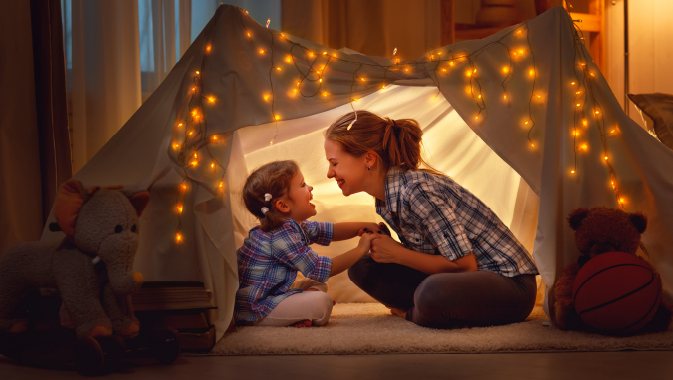 Surrounded by the Boise foothills of the Pacific Northwest is Meridian—Idaho’s fastest growing city. With a population of 95,000, it is the second largest city in Idaho, known for its safe and friendly community of nature-lovers, entrepreneurs, and philanthropists.
~
“We have been rated in a number of national publications as a best city to live or the fastest growing small city,” Mayor Tammy de Weerd tells Business in Focus. “We have also been recognized for our economic growth and our new housing market. Notably, and perhaps the most important to us, is that we are the safest city of our size in Idaho, and ranked among the top 50 safest cities in the nation.”

Meridian is centrally located in Idaho’s largest metropolitan area, the Boise MSA. It is nestled next to Boise, the state capital and largest city in Idaho. Meridian and the rest of the area is known for its scenic beauty and the high quality of life offered to its residents.

“On our north end, there is the Boise River, and on the south side you have a view of the Owyhee Mountain Range. Meridian is in a valley that is surrounded by a beautiful outcropping of mountains. There are reservoirs and rivers. It’s very outdoors-oriented,” Mayor Tammy describes.

Indeed, Meridian is the ideal place for those who enjoy the adventure of the outdoors, a city that is but a 15- to 30-minute drive to world-class rafting, skiing, hiking, and camping facilities with several national forests and conservation areas nearby. “It’s a draw for those who have lived here for generations. It keeps them here, and it’s also an attraction for our talented workforce who has those priorities of loving and partaking in the outdoors,” adds the Mayor, when speaking of the city that has seen an 81.5 percent increase in population since 2000.

The outdoorsy ambience is also an additional draw for business owners, who have shown recent interest in the city due to its focus on providing quality education to its residents and a positive growth environment for industry.

Meridian’s thriving business district—which has recently attracted three new corporate headquarters—is a popular hotspot for new business, due to its favorable tax rate and easy access to the Interstate and Boise International Airport. This healthy environment for growth has also helped inspire entrepreneurial inventions, including the bounceboard® and the dental R.A.T.™.

“We have a company here called Bounceboard. They developed this product that looks like a snowboard. Athletes use these in trampoline training for conditioning and competition, and a lot of Olympians use it. It was an invention that was birthed here and has since exploded,” Mayor Tammy tells us.

In addition to Bounceboard, LLC, there is Beckmer Products, inventor of the Dental R.A.T.™ foot mouse used by dental hygienists for data entry. Beckmer Products also calls Meridian its home.

“A dental hygienist developed this design to use your foot to input results while doing evaluations of tooth health. What she has found in developing that, is a growing sector for people with disabilities who cannot use their hands. Her second product is a wireless mouse where they can use their feet to communicate,” explains De Weerd.

Mayor Tammy states that the innovative business community of Meridian has further opportunities in the med-tech and outdoor recreation sectors, as the city has a number of health science-related businesses and residents with a passion for an active, nature-oriented lifestyle.

Speaking to that commitment to medical technology, the Idaho State University’s health science campus is located in Meridian, where students can obtain a doctorate in pharmacy, among other degrees in the health sector. In 2018, Meridian will become the home of Idaho’s first medical college, called the Idaho College of Osteopathic Medicine. Moreover, St. Lukes-Meridian has the busiest emergency room in all of Idaho, and the headquarters of Blue Cross of Idaho is also located in this rapidly expanding city. “There’s a strong emphasis in the health sciences sector and on healthcare in Meridian,” says the Mayor.

Even outside of the health and medical mainstay, there are many other corporate headquarters located in Meridian, including the manufacturer Micro 100, PKG User Interface Solutions, and Jacksons Food Stores. The multi-level, direct-selling candle warmer and bath product company Scentsy also has its corporate headquarters in Meridian. All of these businesses are major employers.

There are also many professional service companies in finance and insurance, technology firms, large construction firms, retail companies, and manufacturers. These industries also have room for growth in Meridian. In fact, in 2016, Idaho was ranked as the nation’s hottest job market, due in large part to Meridian, which had 10 percent job growth last year alone and wage increases of 6 percent for individual wages. Meridian’s unemployment rate is very low, at 3.5 percent.

Mayor Tammy would like to build on the city’s impressive record by continuing to provide excellent services to local businesses and increase opportunities for them to expand into Meridian’s base, bringing jobs closer to where people live. “Our future plans are to continue to add value to our business community, to nurture an environment where they can grow and prosper,” she says.

Meridian’s business boom has resulted in a lot of inward migration into the city from every area in the nation, attracting a talented, educated workforce. Those who are looking to advance their careers are also impressed by the Meridian-area public and private education systems and the choices it offers, such as in STEM fields, the arts, and technical or medical arts charter schools, in addition to private education options as well.

But the great outdoors and ample opportunities for business and career advancement isn’t all that draws in new residents to Meridian. At the end of the day, people choose Meridian because it provides them with a vibrant community where they can feel safe, and which they are proud to call their home. “We’re a friendly community that has quality education, diverse housing choices, and a great workforce, but we are also a small city with the amenities of a large city, which people really love,” the Mayor remarks.

About five years ago, CenterCal built an outdoor lifestyle center, the Village at Meridian, nationally known as a high performing commercial center with upscale retail, fine dining, and Class A office space. The Village at Meridian is situated next to a prominent city park, Julius M. Kleiner Memorial Park. Known locally as Kleiner Park, it is host to a number of regional activities the community has embraced, such as the Easter Egg Drop, which attracted 35,000 people last year. The park was a $25 million-dollar gift from Gene Kleiner, donated in 2012.

“The park is an amazing story of generosity and philanthropy. It’s a 60-acre park that was donated fully developed. Gene Kleiner didn’t just donate the land; he developed the land and then handed us the key,” says Mayor Tammy.

There are a number of other premier parks and open spaces in the city, including Meridian’s Settlers Regional Park, which hosts free outdoor movies during the summer. There is a lot to do in Meridian during the summer months, including enjoying the concert series held at the Meridian City Hall Outdoor Plaza, checking out the Roaring Springs Water Park, or heading over to the local farmer’s market.

Another important community resource that was borne out of a great act of philanthropy is The Hill. Built on donated land, The Hill is a collaboration between the YMCA, a healthcare provider, the school district, and the City of Meridian. When complete, the complex will have a YMCA, elementary school, city park, lots of amenities, and likely a library as well. Across town, an anonymous philanthropist also donated the facility used by the community food bank.

The giving and entrepreneurial spirit of Meridian comes from being part of a community that people can be proud to call their own. This is shown through Meridian’s home ownership rate of 76 percent, which is much higher than the overall U.S. rate of just under 64 percent.

“We do a city survey every three years, and as we land in these national publications as the best place to live and as a safe city, we see that our residents validate that,” says Mayor Tammy. “Ninety-three percent of our residents surveyed indicated that the city exceeded expectations as a good place to raise a family. Ninety-two percent rated Meridian as an excellent place to live, and ninety-one percent rated the community safe.”

As a fast-growing city, Meridian has a robust new housing market. It is primarily a city of single-family housing, ranging from starter homes to estate lots, though over the last several years, there has been an increase in multi-family apartments and higher density housing for those who are looking to downsize or who do not wish to be tied down with a yard. “There is a lot of housing choice; however, we have a very hot market so there’s also a lot of demand. It’s a seller’s market,” Mayor Tammy specifies.

Demand for new housing can only be expected to grow, as new businesses continue to seek out Meridian for its welcoming policies and residents continue to enjoy the family-oriented atmosphere. As the Mayor says, “It fits our motto of ‘built for business, designed for living.’ We are a full-service, self-sufficient city, growing and thriving.” 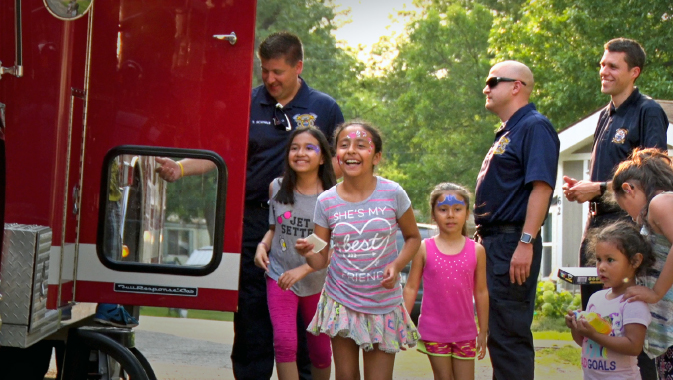