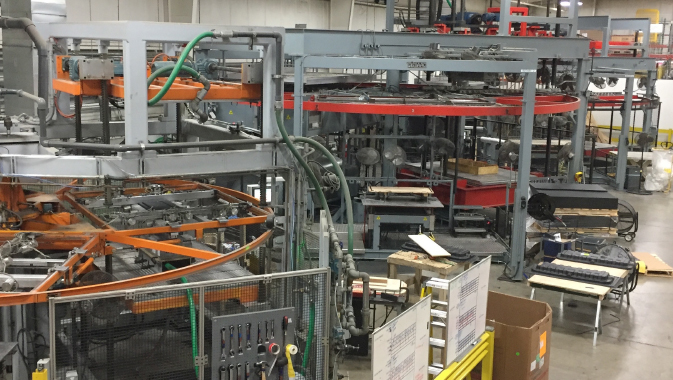 As a manufacturing process, thermoforming boasts many cost, aesthetic and performance advantages over other manufacturing processes. Thermoforming consist of heating plastic sheet to a precise temperature point where it is pliable. Then it is quickly formed into the desired part shape using vacuum or pressure forming techniques. Once the part is vacuumed down on the mold, water running through the aluminum tool is used to cool the material down to permanently set the final part geometry.
~
Over the past 30 years, General Plastics, Inc. (GP) has established itself as a leader in this growing, multi-billion-dollar industry. Providing high quality and cost-efficient products and services, the Milwaukee-based business serves clients in the Original Equipment Manufacturers (OEMs) sector, in diverse fields ranging from medical to food and beverage, construction, agricultural, gaming, rail and bus, office, and many other applications across both the United States and Canada, as well as the Point of Purchase (POP) market.

“We are seeing upticks in most of the areas we participate in, which is great,” says Bob Porsche, Owner and President of GP, “and we are seeing more and more opportunities.” Previously a sales manager for another company, Porsche decided to create his own opportunities when he formed General Plastics in September of 1987. From eight full-time staff and an original facility of 11,000 square feet, the company has grown significantly. Today, with over 80 highly skilled full-time employees, GP has undergone a number of expansions in its capacity, including two of 20,000 square feet, and just last year an additional 42,000 square feet.

Never one to stand still, General Plastics will soon embark on a remodeling of the oldest section of its building, adding offices, expanding its training center, modernizing the tooling and maintenance area, and streamlining other areas of the plant. This will enable the company to receive more customers and material suppliers for meetings. “It’s a pretty exciting time in the life of General Plastics, and I couldn’t be more pleased than I am,” comments Porsche. “We are on pace for a record-setting month in production and shipments, and life has been very good to us.”

Growing to meet customer demands
To ensure the thermoforming needs of its clients are met, General Plastics has not only added staff and expanded its facilities, but brought in new and updated machinery and revamped its entire production capacity and capabilities as part of a five-year plan to map greater efficiencies and increase flow in production. These investment initiatives also extend to becoming more energy-efficient and benefiting the environment. An electrically-driven industry when it comes to forming machines, the company regularly analyzes data to determine if it is making the best use of energy.

Even with an increase in its business, GP is able to keep electrical consumption at a reasonable rate, due in part to purchasing more energy-efficient manufacturing equipment. “That certainly has been a very good driving factor, to modernize and do the right thing as far as staying green on the energy side,” says Porsche of the company, which also does its part when it comes to recycling. Becoming ISO 14001:2004 certified for environmental standards, General Plastics has also gone from ISO 9001:2008 to the new ISO 9001:2015 standard to position itself for growth, as it looks for ways to keep improving the business to meet client requirements.

Awards and accolades
Receiving considerable recognition over the years, General Plastics is the proud winner of the 2017 Sustainability Business Process of the year Award. Presented by the Wisconsin Business Council, the Award recognizes companies who use sustainability criteria to invest in research and development, incorporate Lean or other world-class manufacturing principles, and have improved logistics, among other considerations.

Additionally, the company received the Grand Award in 2014 and 2016 for the Small Company Wisconsin Manufacturer of the Year. And for the past two years, GP has made the Metropolitan Milwaukee Association of Commerce’s Future 50 list. Presented by the Metropolitan Milwaukee Association of Commerce’s Council of Small Business Executives, the list recognizes 50 privately-owned companies ‘that have shown significant revenue and employment growth.’

“That has been a real proud achievement for myself, our company, and our employees,” says Porsche, who was himself recently named Thermoformer of the Year by the Society of Plastics Engineers. The award was to be presented to Porsche at the 26th annual SPE Thermoforming Conference in Florida earlier this month but was canceled due to hurricane Irma. Bret Joslyn, Chairman of the SPE Thermoforming Division, praised the company Owner and President. “Under Bob Porsche’s leadership, General Plastics has grown from a small business to a thermoforming industry success story,” Joslyn said. “As a long-time member of the SPE Thermoforming Division’s board of directors, Bob’s leadership in a variety of roles has contributed greatly to the division’s success.” Porsche, who will receive a plaque for his tireless work in the plastics industry, joined a group of highly-select peers “who have mentored me, and who I have respected for years,” he says. “It is a great honor to have.”

From project inception to completion
General Plastics believes in taking a hands-on approach when it comes to working with its many customers. With the company slogan being “From Concept to Reality™ Your positive outcome is our singular goal,” GP’s ongoing commitment to investing in state-of-the-art equipment and technology has placed the company well beyond the reach of the competition. In business for 30 years, GP has built trusted relationships with key suppliers who have proved their reliability time and time again. From a single prototype to multiple production runs, General Plastics’ award-winning quality and superior project management continue to earn the company the respect of clients.

Serving customers in areas as diverse as consumer products, retail, mass transit, industrial and electronics, General Plastics continues to grow. Like many other American manufacturers, the company has been faced with a number of challenges in recent years, one of them being finding young, enthusiastic men and women willing to work and grow with the company.

“Plastic manufacturing is certainly an industry for our youth to see as a path to a career,” he says. “I’ve shared a lot of years in the industry, which has been glorious for me, and I think there are loads of opportunities in plastics, a commodity more and more people should look at, as opposed to a white-shirt career in a financial institute as a way of life. I think manufacturing, especially in the Midwest for folks like myself, has served me well, and I believe it would serve a lot of others very well.” 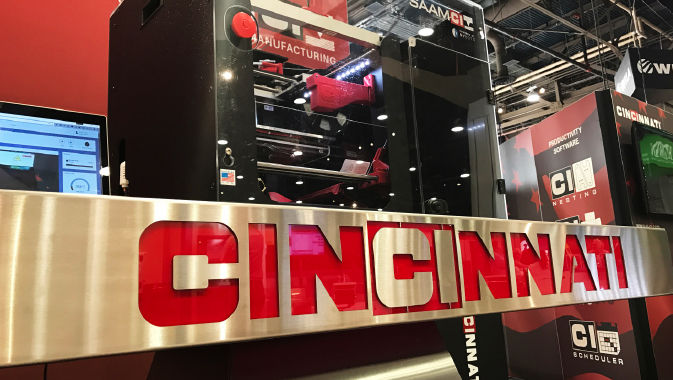