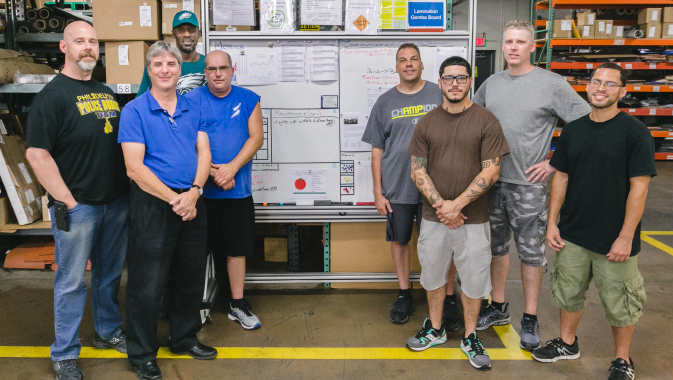 Stockwell Elastomerics is a manufacturing company specializing in the fabrication of custom gaskets and elastomeric components for a wide array of applications. The company was founded in 1919 and is located in Philadelphia, Pennsylvania.
~
Throughout its history, Stockwell Elastomerics has gone through many fundamental changes to adapt to economic cycles, technological innovations, and other changes within the industry. During the cold war, up to forty-five percent of its business was based on supporting strategic aerospace in defense of the country. When that ended, Stockwell experienced a downturn, and in 1991, the structure of the company underwent a significant shift. The company had previously operated as a traditional top-down organization, but it began to explore ways of reinventing itself to adjust to oncoming challenges.

The company brought in a consultant who taught the leadership about total quality management. As a result of this, Stockwell underwent a structural transformation that refocused the cultural direction of the company on internal teamwork. This endeavor proved to be incredibly successful, and the concepts that Stockwell adopted then are still in use today.

“We really are looking for the best idea,” says Stockwell Elastomerics President Bill Stockwell. “When an idea is acted on and successful, it’s a big growth moment for the company and for the person who’s developed it.”

From 2001 through 2003, another important change was taking place. The industry experienced a significant shift when manufacturing companies began moving operations into Asia to take advantage of the lower cost of labor. Stockwell was committed to keeping its operation in the United States, but doing so brought on serious challenges. Some of the company’s major clients began pressuring it to follow the trend under threat of taking their business elsewhere. Competing companies were operating with lower labor costs, and the savings could be passed onto customers. This made keeping the business stateside a difficult endeavor.

There were surely moments when the commitment to remain stateside was second guessed, but great ideas are born of necessity, and very soon the company had developed a plan that would see it through the storm. As it dug in its heels and continued with the day-to-day operations, the company developed its rapid response model to support its expertise in the manufacture of products made from silicone rubber and other high performance elastomeric materials. Refining this skill set gave the company the tools it would need to succeed in growing its business with the Technology Equipment Sector.

The company’s leadership wanted to keep the manufacturing operation in the United States and had to seriously consider its capabilities and position in the marketplace. The automotive and consumer appliance sectors had quantity demands that were beyond the reach of what Stockwell could produce, and Stockwell quickly realized that it was not viable to compete with manufacturers that were operating out of Asia. The company instead focused on sectors that had requirements suited to its capacity and its expertise.

The company looked at industries that fit its production and service profile and its specialty in solving engineering problems, and it found a number of niche markets that fit its capabilities. By focusing on these, the company could fulfill customer expectations and build strong partnerships and a reputation for quality and quick turnaround.

A keen eye for trends, allowed the team to recognize a few crucial things that gave the company a new shape and a new direction. When an original equipment manufacturer (OEM) was developing a product, the design of the gasket components would often be left until the very end. Stockwell recognized this opportunity and realized that the company could add value to its service by working with the customer’s design engineering team to facilitate the production release. During initial product launch – time is the currency – and helping a customer get a product to market quickly adds great value.

The company decided that the best course would be to work closely on projects with clients and to develop a rapid response model. It expanded its team and began working with clients on large projects. When an OEM project needed a gasket, Stockwell was ready with a turnaround that could not be matched by its overseas competition.

The company is not known as a high-quantity production house; it works most efficiently with orders of limited quantities ranging from 500 to 10,000 units. What it is known for is being very adept at solving engineering problems and then getting into production quickly. Understanding its strengths allowed the company to seek out opportunities where it could excel. The company identified six niche markets that fit its profile and began focusing its efforts there.

The first of these is analytical instrumentation which includes instruments for high-performance liquid chromatography, which is a process used in chemistry to separate the various components of a liquid mixture; mass spectrometry, which is a process used to measure the masses of atomic particles; thermal analysis, where how a material is affected by temperature is studied; and other uses. These companies are often selling a product with a price point around $50,000 or more, so the cost of the gasket that Stockwell is manufacturing is less important than the performance, which results in the client seeking a quality fabricator rather than a low-cost high-volume manufacturing plant.

The second key industry that Stockwell identified was medical diagnostic equipment. The company manufactures products that go into incubators, renal therapy devices, and other medical applications where the gasket or cushioning pad that it provides does not go inside the body and so medical grade components for internal use are not required.

The telecommunications industry became a significant area for the company around the year 2000. Stockwell found that large base stations and outdoor networking gear on communications towers required gaskets that could enable the cabinetry to withstand difficult weather and environmental conditions to protect the electronics housed inside them.

Portable data acquisition devices are another category that has a need for weatherproofing. In industries where a handheld module is used to scan a barcode, take some measurement, or read in data of another kind, it is often required that the device be capable of operating in outdoor conditions. Stockwell has the expertise to design a robust gasket scheme to keep these portable devices safe and suitable for operation in whatever conditions the client requires.

Another important market is air-filtering. The company manufactures specialized compressible gaskets that work with high-efficiency particulate air (HEPA) filtering equipment for aircraft cabins, vehicles, and clean rooms to filter particulate matter like dust and floating debris from the air. Stockwell manufactures gaskets that hold them in place and prevent stray particles from bypassing the filter material. The company has also designed gaskets for air filtering in commercial kitchens that have to be temperature and grease proof. There is a wide range of air-filtering applications for Stockwell’s expertise.

Finally, Stockwell has worked for decades within the aerospace and defense industry. Over the course of the company’s history, this industry has been very lucrative at times, but due to defense budget cycles, this is not always the case. As a result, the company has taken some of its focus away from this to examine other opportunities. It is a testament to Stockwell’s reputation that defense contractors seek it out. “We don’t really look for work in this area,” says Stockwell, “but it tends to find us.” When defense related projects arise and fit with the company’s specialties, it will work with the engineers to find a solution.

Focusing on these six markets that fit neatly into Stockwell’s production capabilities allowed the company to keep its operation in the United States while maintaining profitability and building a reputation for quality work. Since then, the company has expanded into a several other areas.

Outdoor LED lighting requires silicone foam and silicone sponge gaskets that can be installed in remote locations and last a long time to protect them from weather conditions. Ruggedized portable devices that are used outside in food processing plants, freezers, or other challenging locations, often require gaskets to protect their LCDs and touchscreens from damage. In the alternative energy industry, Stockwell is fabricating gaskets for solar inverter enclosures and electronic vehicle charging stations. These are only a few of the many sectors the company has expanded to serve.

Stockwell has weathered many storms and learned to adapt in a highly challenging and competitive industry. Recently, when the company felt it was running out of space in its manufacturing facility, it began looking into opportunities for expansion. The trend in the city of Philidelphia was to move out of the city and into a more suburban area. This approach did not appeal to Stockwell because the company depends heavily on its urban workforce, many of whom could not feasibly follow the company if it moved outside the city.

“Plus,” says Bill Stockwell, “after ninety-eight years, we like being a Philadelphia company.” The company approached a neighboring business owner and was thrilled he was willing to subdivide his property and sell Stockwell a parcel where it will build a new ten-thousand-square-foot facility with more vertical space for warehousing raw materials and additional office space for new staff.

“My favorite part of the new building,” says Stockwell, “is a meeting room with one hundred chairs.” The company truly is committed to finding the best ideas to carry it into the future. “We want the best idea; we’re trying to promote a culture where the best idea gets the light shined on it. Collaboration is how we solve problems here.” 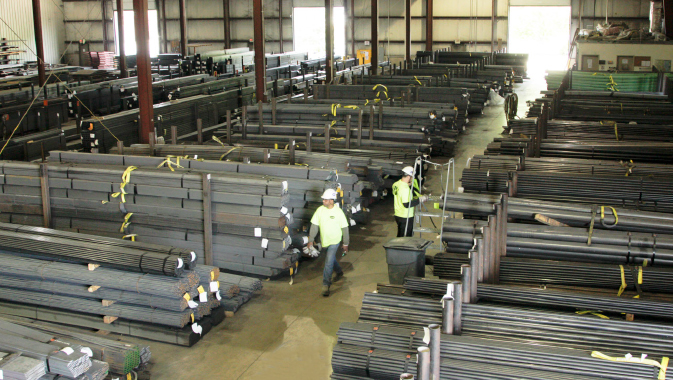