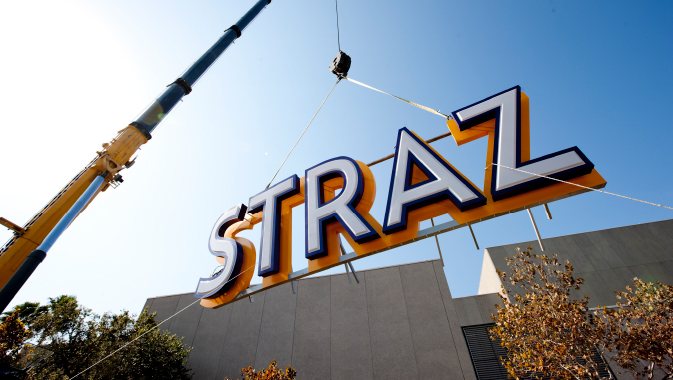 Headquartered in Tampa, Florida, in a 50,000-square-foot integrated manufacturing facility, Creative Sign Designs is a nationally recognized leader in custom interior and exterior signage that incorporates high-technology design, top-of-the-line construction, and installation.
~
From carefully considered and crafted way-finding signs in hospitals and parks, to national banking and restaurant accounts, to the landmark signage on the David A. Straz Jr. Center for the Performing Arts in downtown Tampa, Creative Sign Designs is helping people get to where they want to be.

Creative Sign Designs presents endless possibilities and customized sign solutions for industries including financial institutions, corporate offices, hospitality, multi-family properties, educational facilities and health care. Beginning with a consultative process, the company with just over 130 employees, does it all – from needs assessment to design, obtaining municipal permits, in-house manufacturing, installation and follow-up. The turnkey service makes it unique in the signage business.

After a customer approves the design, there is no apprehension. The customer is not left wondering if it complies with municipal regulations or if an independent manufacturer will be able to follow through. Because of the company’s in-house design-build process, the customer can relax and know it is being taken care of, from beginning to end.

The U.S. Chamber of Commerce has recognized Creative Sign Designs as one of the top seventy-five small businesses in America, and for three years in a row (2014, 2015 and 2016), the Tampa Bay Business Journal listed it as one of the fifty fastest-growing companies. Things were not always so rosy, and it is by no means an overnight success. In fact, in 2008, the year of the Great Recession, it looked as if Jamie Harden’s newly purchased business might go under due to circumstances beyond his control.

“I’d spent fifteen years in banking and moving around the country, and in 2005, I decided to come back to Florida with the idea of buying a business I could run,” he says. The company he bought had been in business since 1986, manufacturing mailboxes and street signage for master planned communities with up to four thousand houses. But when the recession hit and single-family home construction stopped, “we had to pivot as they say in business. We really had to do a turn-around and find some other opportunities,” he explains.

“Our team sat down and brainstormed. What could we do differently? We all came up with ideas, and we all became part of executing them as we moved into the signage business.” However, this was by no means a quick process. It’s remarkable to think we’re still here after what happened in the recession, because during that time, as an entrepreneur, you have a lot of concern for people. And when you have to make changes that impact them, it’s just very tough. If a decision doesn’t go well, you question yourself,” says Harden.

“It’s really been a seven-year process to get to where we are today to create one of the largest signage companies in the southeast.” In addition to doing work in the Florida, Georgia and the Carolinas, the company has worked right across the country, including in the state of Hawaii.

There are several factors that make Creative Signs Design unique and which together contribute to its success. “Our corporate mission statement is that we positively guide people,” Harden says, “and that is two-fold, internally and externally. Speaking to the internal part, we want to create a great atmosphere for our employees and guide them on a career path, and we’re working toward being considered an employer of choice.”

Communications Manager Stephanie Navarro, who has been with the company for two years, says she chose to work there, beginning as marketing coordinator. “I was able to take the raw pieces and push it to the next level by redeveloping the website and working on community engagement. I was fresh in my career, and I liked that there was so much for me to do and the potential to make what I wanted out of it.”

Doing the right thing simply because it is the right thing to do and not doing it to gain publicity is another guiding principle as it applies to the company’s community support programs. “We have some organizations that we donate signage for their annual fundraising events, and we try to be good community stewards. We wish we could do more, so we try to connect with things that are important to our employees. Every year, we try to do a Habitat for Humanity project. Because of the manufacturing and installation side of our business, we have a lot of folks who are very handy, and that’s something of interest to them. It’s always about going into the thing with a ‘do the right thing’ mentality as opposed to looking for business opportunities.”

“From the external application, everything we do helps guide people,” Harden says, explaining how good signage design begins with a consultative process and applications tailored to the specific situation, because easy to read, clearly marked and appropriately placed signs are crucial. Just ask anyone who has gone around in circles in a parking garage while searching for the exit, tried to find their way around a university campus for the first time or had to navigate a hospital emergency room. The consultants at Creative Sign Designs recognize these are stressful situations to begin with and it is their aim to eliminate the additional stress people face when trying to find their way in unfamiliar surroundings.

Among considerations are ensuring that signage is compatible with the American Disabilities Act, with Braille signs inside elevators, for example, or by having way-finding signs translated into Spanish in areas such as south Florida, where there is a sizeable Spanish-speaking population.

Climate conditions are also taken into consideration as different materials and applications are required for areas that have extremely cold temperatures or hot and humid conditions or, as is the case in coastal communities, salt.

It is this kind of care and attention to detail, of putting itself in the shoes of someone who feels bewildered in a strange setting, of wanting to guide people and doing the right thing simply because as Harden says, ‘It’s the right thing to do,’ that has quietly earned the company a reputation for excellence.

It has also earned a reputation in the branding design business as being a company that will help customers get noticed while recognizing that they may not have a large budget with which to work. “We have customers who are trying to present a high-end look,” he says, “and there are a number of things we can do from the design perspective. We can substitute materials and look at other factors to make sure the client gets what they’re looking for that will help them succeed and that they can afford.”

But it is some spectacular architectural signage work it has completed more recently that has made people really sit up and take notice. The David A. Straz Jr. Center for the Performing Arts, previously the Tampa Performing Arts Center, is one such project that has created a buzz and had everyone looking.

“They are the largest performing arts center in this region, and to be candid, they are in an old ugly building, and they’d be the first to admit it. The inside is beautiful, but the outside isn’t. After David Straz made a large donation, they rebranded, and we worked through a collaborative process with them, creating the design and concept over a four to five-month period,” Harden says.

“From there, the fabrication was tricky. The stars on it are between twenty and twenty-five feet tall, so it was a tricky manufacturing process. If all the aluminum that went into it was put end to end, it would be three miles of aluminum. Then there was the LED lighting, the color of which can be changed from a handheld device, so the stars can be white or multicolored. And for the installation, we had to use cranes, shut down streets, and we had guys rappelling over the roof line, so it was a major undertaking.”

The company was involved with every part of this design which had to be not only eye-catching but realistic and functional and, through the use of LED lighting as opposed to neon, environmentally sound.

In terms of ongoing projects, Brightline is a high-speed passenger train for which Creative Sign Designs has been contracted to complete signage. The scope of work includes exterior and interior signage, monitors for the platforms, and interior and life safety signage for the Miami, Fort Lauderdale and West Palm beach train stations, explains Navarro. Each of these locations also features a parking garage that Creative will be providing signage for – including wayfinding, exterior and regulatory signage.

This project took nearly two years to canvas, from bidding the project to working with the design firm on concept drawings and converting them to construction drawings, to starting fabrication of the signage at Creative’s Tampa headquarters. The company is now in the preliminary stages of sign installation.

Working on the Brightline train system project is an exciting venture for Creative because it will be the largest contract the company has won to date. Additionally, the project will span the state of Florida, with multiple locations. Working on this project is exactly the direction that Creative intends to continue growing in for custom, architectural, design-build signage.

“We work with engineering and programming to make sure the design on paper comes to life and makes it work in the way we and the customer envisioned,” Navarro points out.

Projects such as the David A. Straz Jr. Center and Brightline certainly have done just that, putting Creative Signs Design on the map and leading to more major architectural signage contracts, for which the firm is more than ready. The engineering, programming and manufacturing departments are prepared to produce the fullest range of monumental and architectural signage, including digital message centers, electronic message units, awnings and canopies, blade signs, wall signs and all manner of lettering. Depending on the customer’s and the design’s requirements, channel letters, including halo-lit ones, flat cut-out letters and push-through lettering can all be produced.

In the nine years since the recession of 2008, Creative Sign Designs has proven you really can make lemonade when life gives you lemons – especially when you are working with the best professionals in the business, like the ones on Harden’s staff. 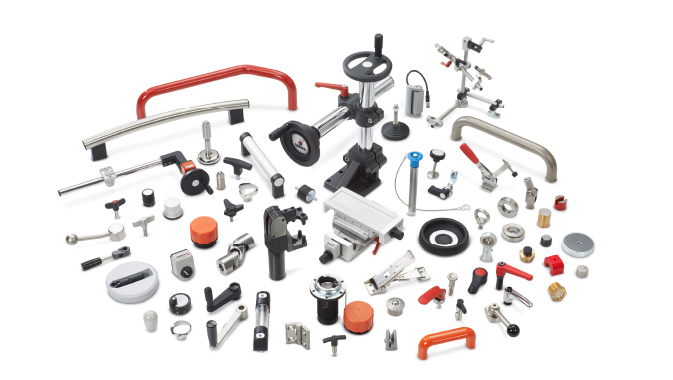 Defining a New Era of Growth