Since Business in Focus profiled Wisconsin last year, the state has continued to progress along a pro-business path. Chief Executive Magazine ranks Wisconsin 11th on its 2016 Best States for Business list, and 80 percent of business leaders are optimistic about the direction that Wisconsin is headed, according to a WMC annual survey…
~
Tax cuts are just one of the recent initiatives that have the business community cheering. Since 2011, state taxes have been slashed by $4.7 billion. The corporate income tax rate is 7.9 percent, but manufacturing and agricultural revenues generated in-state earn a 7.5 percent credit against that 7.9 percent. “So in essence, they are paying virtually nothing on the income they are generating from their operations in the state,” says Mark R. Hogan, secretary and CEO of the Wisconsin Economic Development Corporation (WEDC). “That has been a big, big part of what we are doing in the state. It is something that reaches a lot of the companies.”

As of August 2016, the state’s unemployment rate was down to 4.2 percent, the lowest since March 2001 and 0.7 percentage points below the national rate. In 2015 Wisconsin was one of only 10 states with an annual average unemployment rate lower than it was in 2007, the year that the Great Recession began.

Wisconsin’s labor force participation rate is over 68 percent, higher than the national average of roughly 63 percent. But, even with so many hands on deck, the state is short skilled workers. “The real focus for us right now in our organization is talent retention and attraction,” Mr. Hogan shares. “We don’t have a jobs problem; we have a challenge of trying to find people to fill the jobs—which is a good thing. It is a different kind of problem, one that we think we can address.”

In addition to Wisconsin’s mainstay industries of manufacturing and agriculture, the state also boasts “a very vibrant tech component.” This sector is growing rapidly and holds lots of potential for the younger generation. The catch is that many Millennials lack the training needed for lucrative advanced manufacturing jobs. “When I was in high school everyone took shop class,” Mr. Hogan remembers. “It didn’t matter if you were going to college or not—everybody took it. They don’t have that in schools anymore and, as a result, there has been a huge need for entry level people that have some skilled background.”

The Fabrication Laboratories (Fab Labs) Program is bringing tech training back into Wisconsin schools. “We are making sure that the manufacturers in the state have the workforce that they need to go forward.” These modern manufacturers use assembly lines that require technologies such as 3D printing and computer-assisted design, so workers have to understand mathematics, information technology and/or engineering. The Fab Lab Program gives students the opportunity to learn these skill sets by paying for equipment that is used to teach hands-on science, technology, engineering, and math (STEM) education in public schools.

WEDC gives public school districts grants of up to $25,000 to create high-tech workshops equipped with computer-controlled manufacturing components such as 3D printers, laser engravers, and computer numerical control (CNC) routers. Fab Labs have to be accessible to the public in addition to elementary, middle, and high school students, so a lot of districts are offering training and workshops to the community outside of school hours. As a result, the program has the potential to spark innovation and advancement among the state’s entrepreneurs, inventors, and small businesses in addition to training young workers.

The Fab Lab Grant Program has been such a success that it is being expanded. The 2015-17 state budget originally included $500,000 to fund the initial round of Fab Lab grants. In response to the sheer volume of applicants, WEDC provided another $100,000 for the program, which allowed grants of up to $25,000 to be awarded to 25 different school districts. WEDC is providing another $500,000 this fiscal year for fab labs and expects to hand out 20 more grants in the current round of funding.

In addition, a proposed aerospace Center for Excellence is set to support Wisconsin’s bustling aerospace industry. The state is home to over 200 companies within the sector, about 70 percent of which are Boeing suppliers. “So they are very high quality,” Mr. Hogan points out. A coalition of aviation and aerospace companies, industry associations, and state educational institutions have partnered with WEDC to establish the center.

The first independent facility of its kind in America, the proposed Center for Excellence for Integrated Aerospace and Defense Technologies will bring together industry, academic researchers, engineers, and programmers to develop and test new aerospace and cyber security systems in one location. The center will include advanced open-source cockpit and navigational systems simulators, integration and verification stations, and security penetration testing for the collaborative development of life-critical controls and general systems controls.

The center will likely be located on the Milwaukee campus of Astronautics Corporation of America, which has played a key role in getting the collaborative effort off the ground. Milwaukee-based Astronautics, a global avionics equipment and systems designer that has operated in Wisconsin for 45 years, will provide flight displays, airborne systems and sensor inputs. If the project proceeds as planned, the state will soon have a single location where the private sector can work closely with universities to keep the sector moving forward successfully.

The aerospace center is just one of many collaborative efforts supporting Wisconsin’s industries. “We are spending a lot of time on targeted industries,” Mr. Hogan reports. “We have encouraged and helped foster consortia throughout the state that are really building on the strength of our industries and academics.”

For instance, there are a wide variety of collaborative programs supporting applied research efforts in private sector facilities such as GE’s Global Design Center, as well as in academic institutions such as Marquette University, the Milwaukee School of Engineering, the Medical College of Wisconsin, and throughout the University of Wisconsin System. With $1.1 billion going toward research efforts every year, the University of Wisconsin-Madison ranks third in research spending in the entire United States. This wealth of research helps to drive many sectors forward, including water technology, rapid prototyping, big data modeling, energy, medical devices, pharmaceuticals, animal genetics, advanced materials, biosciences, and manufacturing.

Startups throughout Wisconsin are getting a boost through a new state initiative. The Entrepreneurship Support program provides funding to organizations and communities whose efforts may not meet the eligibility criteria for existing programs, so that valuable ideas do not fall through the cracks. Grants will be between $10,000 and $100,000 and will support activities that cover entrepreneurial education, mentorship and training, the promotion of entrepreneurship, and business development and financial services.

From high tech manufacturing to organic dairy farms and innovative startups, Wisconsin is the place to launch—and grow—a business. Backed by tax cuts and decreased red tape as well as an active, well-prepared workforce, the state’s pro-business climate is fostering countless success stories. 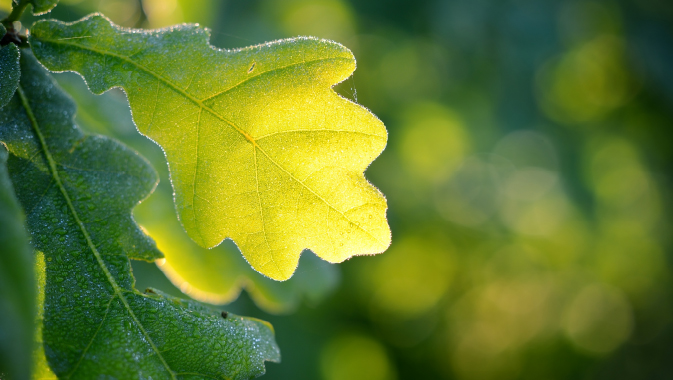