Ushering in the Wireless Future 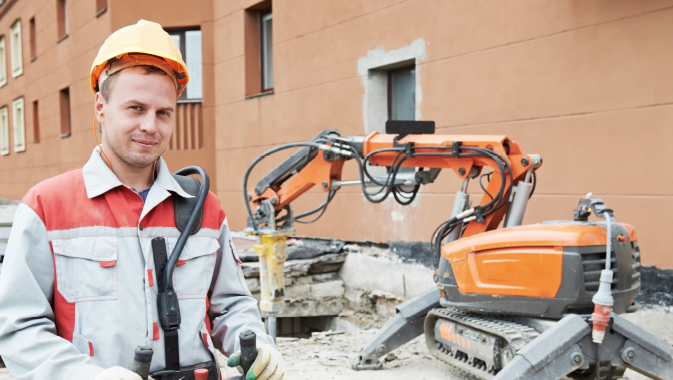 Hetronic is part of the Methode Electronics group of companies and is internationally recognized for its capabilities in the design, manufacture and configuration of highly durable and reliable Radio Remote Control (RRC) wireless solutions for the most demanding process control needs.
~
Hetronic is an innovator that has redefined what is possible in RRC wireless systems. The company has raised the bar for safety, efficiency, productivity and ultimately, return on investment for its customers in the various industries it serves.

Since its inception in 1982 as Heckl Electronics, which was later incorporated as Hetronic USA in 1993, the company has successfully delivered over 420,000 custom RRC systems to over 3,000 customers around the globe. From its headquarters in Oklahoma City, Oklahoma, and through over 40 locations in 52 countries, Hetronic is supported by a highly experienced engineering and R&D team, a global network of trained professionals and authorized re-sellers, distributors and service centers that offer customers service and support whenever and wherever they need it most.

“If one of our systems goes down, whether it’s our fault or theirs, it doesn’t matter; they could be losing a million dollars or more a day,” said David Ciembronowicz, Director of Global Marketing and business development. “They often need immediate support and that’s a critical part of what we do.” Hetronic’s operating culture is focused on excellence, customer service and integration of advanced technologies to meet the demands of clients.

Since 1993, Hetronic has grown significantly by responding to customers’ needs through its innovative control systems and world-class service. In only six short years, the company was incorporated in multiple cities and countries around the world and by 2000, it had solidified its place as a major global RRC systems player.

That same year, Hetronic International was incorporated in Oklahoma City and two years later, Hetronic Malta and Hetronic Asia were incorporated. The company continued to identify new, innovative applications and customization options, diversifying into markets such as Mobile Hydraulics, Material Handling, Oil & Gas, Mining, and Railroad that showed opportunity has played an important role in its growth strategy and success.

In 2008, Methode Electronics acquired Hetronic, recognizing the potential of the company and its expansive offerings. In doing so, it offered resources and support, such as financial, engineering, and manufacturing expertise, and vertical integration investments that could take the business to the next level.

“Hetronic is a division of Methode Electronics, which is a company that develops and produces technology for the automotive industry, appliance (white goods), medical applications, as well as military and aerospace. We benefit from the technology that they develop and integrate some of that into our own equipment,” explained Ciembronowicz. He cited advancements in touch screens and sensors as an example of transferrable Human-Machine Interface (HMI) technology that can be leveraged from Methode Electronics, which is a global company with a sterling reputation for its HMI and Sensor technology.

Ciembronowicz described the degree to which Methode Electronics’ resources and capacity supported its growth. “Methode has a global manufacturing footprint, so we can manufacture virtually all of our products anywhere in the world.” He listed Malta, Egypt, Mexico and North America as the regional manufacturing hubs that serve Hetronic.

Despite the capacity Methode Electronics brings to the table, Ciembronowicz credits a change in the market as the catalyst for Hetronic’s success. “It was the worldwide acceptance by customers in various industries to the use of radio remote controls,” which he attributed to, “a recognition of benefits through the combination of improved efficiency, reduced workload and safety.”

RRC solutions are more cost-effective than wired alternatives for control; they eliminate the need for costly copper wire assemblies and the repair of them; they reduce the number of people who are required on the ground, by freeing workers to complete other tasks while a single operator performs multiple tasks via a wireless RRC system; and they improve safety by allowing the workers to be in a safe position or area in which to do the task at hand. Hetronic not only increases productivity and maximizes efficiency, it does so without compromising safety. Safety is built directly into its controls and customers can custom design transceivers to address their various needs and the conditions of the environments in which they work.

“One of the unique things about Hetronic is that we still do full customization. Not only that, we are our own supplier so we can control our costs internally,” said Tom Devonshire, National Sales Director with Hetronic. There are multiple options and accessories that can be incorporated into the controls to optimize performance and customer satisfaction.

Through the use of sensors and technologies like improved joystick and paddle lever controls and electronic displays, machine operators can simultaneously measure, monitor and control various operations and provide real-time feedback and diagnostics, while enjoying increased visibility and accuracy.

Hetronic is also certified as intrinsically safe. “There are only a handful of RRC wireless control companies that can say that they are intrinsically safe, offering solutions across a wide range of product and applications with intrinsically safe certified radios. You have to go through a certification process that is very expensive, very time consuming,” Devonshire explained.

The process requires extensive testing to achieve intrinsically safe certification. Devonshire highlighted the case of the Deepwater Horizon and emphasized the importance of safety. “It’s a very critical business, so we are extremely safety conscious. We build our radios around how they need to perform in very harsh environments and that’s where the intrinsically safe [aspect] comes in.”

By focusing on the customer’s needs, taking into consideration the application and what they are trying to accomplish, as well as what kinds of controls they want and what kind of feedback they require, Hetronic develops RRC solutions that answer the questions being asked and address the needs being expressed by their customers and/or end users, with the reassurance of intrinsically safe certification where applicable.

With unparalleled capacity and expertise and a true understanding that the future is wireless, Hetronic is doing its part to bridge the generational gap between the older and younger generations. Millennials are a demographic that grew up with wireless technology at their fingertips and who have, in most cases, come to expect it as the standard and norm. Bridging the generational gap not only improves efficiency, safety, productivity and customer Return On Investment (ROI), it also proves to be attractive to the next generation of skilled professionals. As access to qualified workers serves as a major threat to future profitability for many industries, this could be a solution to attract talent and alleviate labor-related concerns.

“We’re meeting the demands and the requirements of the current and next generation with our products. The equipment is becoming much more involved as it relates to the types of controls, the number of functions and the way the piece of equipment can operate,” said Ciembronowicz.

Since the beginning, Hetronic has led the industry in terms of compliance and the capacity to design and manufacture the safest systems of the highest caliber. This commitment to quality and safety is derived from where the company was founded and the processes it underwent to become a leader in process control applications.

“One of the unique advantages that Hetronic brought to the North American market was that European guidelines were stricter and when we brought that knowhow to the Americas market we had a leg up on our competitors because we were already able to supply solutions with stricter compliances and safety protocols that were built in the radio,” explained Devonshire.

Ciembronowicz also noted, “Because the parent company is an automotive manufacturer, we follow Six Sigma and manufacturing principles, vertically integrated key processes and we follow the Methode manufacturing system, a proprietary system designed within the company about 25 years ago. The foundation for that manufacturing system was actually based on Toyota Automotive, so every one of our facilities follows the exact same procedures, the exact same processes for manufacturing for all the products we make,” which results in consistency in output which reinforces its reputation for quality, safe, reliable solutions.

Whether the application involves construction, material handling, industrial automation controls, oil and gas, rail and locomotives, mining, forestry and agriculture, or any other industry segment that requires remote operation and control management, Hetronic is a proven and tested trusted source.

The crane, which is a component part of the functioning of a number of industry sectors, has boundless opportunity for Hetronic. Thanks to the construction boom that has taken place over the last several years in Europe and Asia, it has become a major growth market for the company, as it sells directly to original equipment manufacturers (OEMs).

Hetronic continues to innovate and develop new technologies, both hardware and software, to improve the RRC controls it offers. Some recent developments include patented User Interface (UI) touchscreen technology, new proportional control systems, updated video technology and improved real-time feedback. “We’ve developed a number of new products that are actually going to be launching this year, one of which is our Remote Control Locomotive (RCL) system that can be placed on the front of the locomotive engine or the cab to control it by a single operator in a number of applications with a control range of up to two miles,” said Ciembronowicz.

“We provide remote control solutions for the control of locomotives, used in yard, Short Haul and Class 1 applications. Those are the sub-segments of the rail industry today,” Ciembronowicz explained. “We’ve gone from a three box remote control locomotive system to a single box that is modular, offering a wide range of standard and optional functions, and can be installed on the locomotive in 20 minutes,” the first complete, plug-and-play portable system of its kind.

The focus at Hetronic as it looks to the future will continue to be on the development of innovative products and technologies that support its customers’ diverse needs, continuous improvement in manufacturing and delivering solutions on time and to specification, growing its presence in existing markets and entering new markets where its innovation is applicable.

Hetronic will continue to thrive by creating an environment where innovation results in controls that stand up to the harshest, most rugged environments and sensitive applications. Not only does it design, manufacture and configure RRC systems and controls, it offers customers improved safety, an improved bottom line, and a relationship that is built to last. 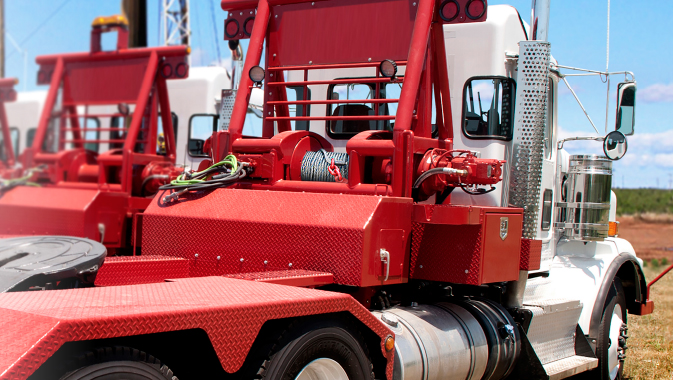 Cranking up the Competition

Ushering in the Wireless Future