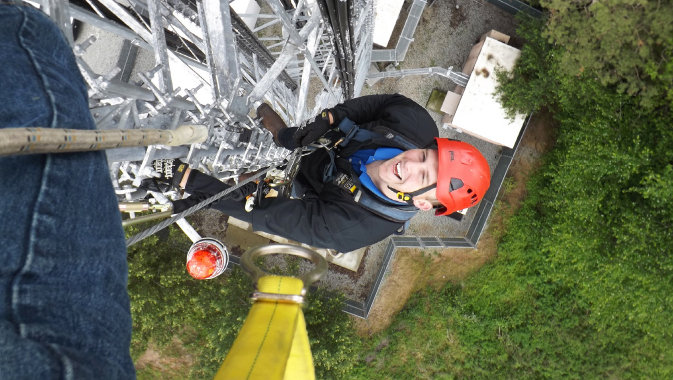 Tower Engineering Professionals (TEP) began in 1997 with two structural engineers who climbed telecommunications towers. As it nears its twentieth anniversary, the company now employs roughly 350 people who provide full telecommunications engineering and construction services around the world.
~
Chief Executive Officer Andy Haldane was inspired by the excitement of starting a business and decided to cofound the company at age twenty-five.

“I was highly motivated to be part of a successful engineering firm. My partner was a good friend, an engineer, and a former Marine. I knew I could trust him, and he could trust me. I had chances to pursue other ventures at the time, but this seemed different to me. It was something I could believe in. Something I could settle into and do for the rest of my life.”

In the two decades since the company was founded, Tower Engineering Professionals has grown from offering inspections, structural, and civil engineering to adding geotechnical engineering, construction, land survey, regulatory compliance, mechanical, plumbing, and electrical engineering services to its portfolio. Today, it is a turnkey telecommunications firm that has worked on more than 70,000 towers. The Raleigh, North Carolina-based company has offices throughout the United States and holds Professional Engineering & Structural Engineering Licenses in all 50 states and most US Territories. TEP also holds professional licenses in Canada, Japan, India, Trinidad & Tobago, and Australia.

The safety-focused, client-oriented company completed Telecommunications Industry Association (TIA) maintenance repairs on over 2,000 tower sites throughout the United States for a top vertical real estate owner—a large project that the efficient firm was still able to complete three days ahead of the deadline.

TEP is a well-respected name in the engineering sector and has carried out projects from some of the most recognizable names in the telecommunications industry with integrity, production, urgency, and safety.

“Safety is important in the tower world because it has to be. We climb elevated structures up to 2,000 feet in the air,” Haldane explains.

It is this distinguishing factor—that TEP’s engineers are also climbers—that sets the engineering firm apart from its competition and makes its focus on safety all the more crucial. Safety is ingrained in the company at all levels, and Haldane himself still trains most of TEP’s employees at the training facility at the company headquarters in Raleigh, North Carolina.

“It’s an honor to be one of our trainers,” Haldane tells us. “Our employees know from day one that we value safety as a cornerstone of our business. And if you’re on the tower from day one and you’re being shown by the CEO or the senior vice president, that’s pretty impactful. That’s something that we don’t outsource.”

Not only does TEP not outsource training, but it even conducts third-party training sessions for other corporations. It has recently partnered with ENSA, a work-at-height rescue training company that focuses on the wind and turbine technology industry. ENSA-approved partner facilities meet ISO 9001 and Global Wind Organization (GWO) requirements.

“They were looking to get into the telecom market, and we were looking to have the ability to train not only our employees but people outside of TEP. We became approved as an ENSA approved third party training facility. We have the training towers here, the training room, and everything that goes along with it, and we have eight certified instructors in tower climbing and tower rescue. ENSA is great to work with, and their product is far superior to any other we’ve been exposed to,” says Haldane.

TEP’s point of contact is ENSA’s Executive Director Rob Siegel. Siegel became passionate about rescue training when he saw its importance firsthand; he witnessed a friend fall to his death from a suspended platform at a job site.

“Our industry is dangerous. It’s unfortunate, but there are people who fall and die every year. To eliminate that it has to be at the forefront of everybody’s mind. With everything you do, you have to be thinking, how am I going to get to this next spot? I’m going to inspect this over here and tighten this bolt. How am I going to get over there without putting myself or my partner at risk?” Haldane explains.

TEP is doing its part as an industry leader to minimize dangers that tower climbers face. Its employees are exposed to many types of towers, and the company invests significantly in its leading in-house training program. Even so, while the aggressively growing firm is always looking for new talent, the job is not for everybody.

“The mindset that it takes to be an engineer but to also want to be a climber is a unique skill set. It takes a highly competitive, highly self-motivated person. You’re asking these people to fly across the country and drive to a mountain and then to climb to the top of that mountain,” says Haldane.

Haldane explains that this challenge is quite different from other more typical tasks that an engineer might encounter during a day on the job. For instance, climbing a tower is quite different from spending a year designing a roadway at a desk or spending months involved in a one-building project. The ambiance at TEP is far removed from the nine-to-five, suit-and-tie world.

When Tower Engineering Professionals was new, it was actually mandated that all of its engineers climb. Currently, out of TEP’s 350 employees, about 200 of them climb towers, and most of those employees are also engineers.

“The experience and talent that employees get from putting their hands on the structure that they’re designing or modifying is without question something that sets us apart. We see how designs work and where they fail to work. That’s something that can only be learned from being in that environment,” says Haldane.

This literally hands-on approach has worked well for TEP, as it has been nationally recognized by Engineering News-Record (ENR) as a leading engineering firm in the telecom sector. Every year, ENR publishes a “top 500” list in its magazine, and last year, TEP was listed as the number four telecommunications firm out of 20 top telecom firms and was ranked number 247th out of 500 design firms. Haldane is now CEO of a firm his younger self would have looked up to.

“That’s a huge success for us. Growing up and going to school reading the ENR magazine, searching who I wanted to work for… When I started my business, I don’t think I ever thought about that until it actually happened.”

TEP has accomplished a lot in the last twenty years, and things are not slowing down any time soon. Last year, the United States government spectrum auction concluded its first phase, generating $19.8 billion in revenue and repurposing 84 megahertz of spectrum. Consequently, the broadcast spectrum needs ‘repacking,’ which involves moving some television stations to new spectrum bands. Older towers nationwide are getting an update to make more space for increased demand. Few companies can take advantage of this kind of work, but TEP—a firm that trains its competitors—is distinctively positioned.

“A lot of what will be needed is analysis, mapping, and inspecting of large, one- or two-thousand-foot structures that you can’t trust to just any climber. These are not your typical cellular phone towers; broadcast towers are large, old structures that have been modified several times in the past,” says Haldane.

As projects such as these drive growth for the company, TEP is actively looking to expand its workforce. Haldane would like to see the company reach four hundred employees by the end of this year, and five hundred in the not-too-distant future. Additionally, Haldane plans to aggressively expand into the markets that TEP has not yet fully penetrated. The company will assess what the market needs in relation to its various new offices and structure them accordingly.

TEP has had offices in Canada in the past and may re-explore that market when the time is right. “We would love to get back into the Canadian market. That may be through acquisition—either of another company or by acquiring the talent necessary to penetrate that market. That is definitely a growth opportunity for us, and we see it as a place we would love to get into in the future,” Haldane tells us. 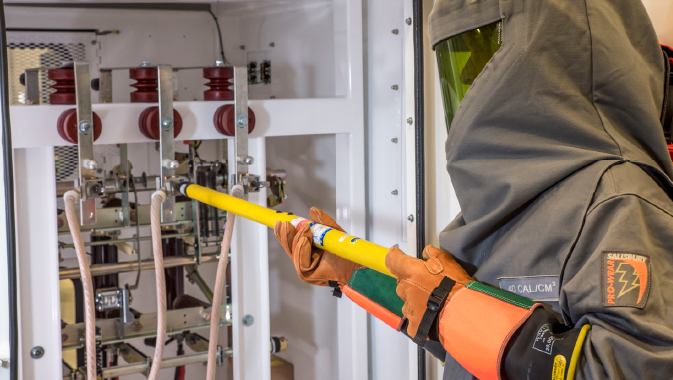