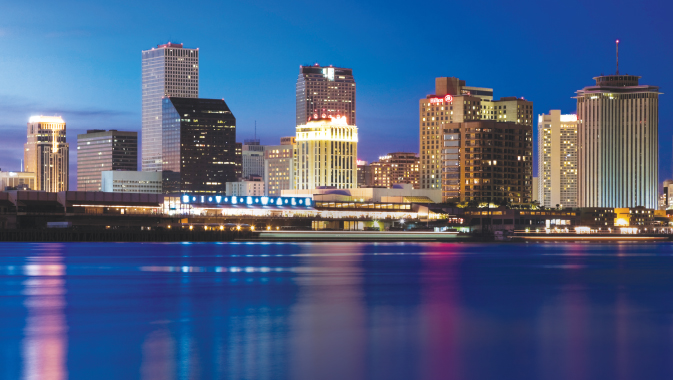 What’s not to love in Louisiana? Everything from the infectious southern hospitality to the music, a history rich in Creole and Cajun culture, festivals, and the great outdoors are just some of the things that make the state both enticing and endearing for those who live there or simply visit.
~
Everything about Louisiana is the personification of gaiety, adventure and a deep-rooted passion for not only living but thriving. The Pelican State, Bayou State and the Child of the Mississippi are just some nicknames given to Louisiana, which became the nation’s eighteenth state in 1812.

By all indications, Louisiana and its 64 parishes have a special place in the nation. The state’s ambitious undertakings are fulfilling its visions of prosperity and an exceptional quality of life well into the future for all those who call her home. And it is through Louisiana Economic Development (LED) founded by state legislature in 1936 and headquartered in Baton Rouge, the state capital, that the responsibility of turning visions of a vibrant economy into reality are realized.

Situated in the southeast United States, Louisiana’s geographic location makes it an ideal candidate for any type of business venture. The state has it all in terms of transportation infrastructure, most notably the mighty Mississippi River, the second longest in North America that begins in Minnesota’s Lake Itasca and terminates in Louisiana as it empties into the Gulf of Mexico.

The Mississippi River has long been navigated as a transportation highway, particularly for the transportation of commodities associated with the agricultural sector – a vital contributor to the state’s economy. With a robust network of ports including eight deep-draft ports, 17 shallow-draft inland ports, and 15 coastal ports, Louisiana is well equipped to accommodate national and international trade.

In fact, sixty percent of all grain exports from the United States are shipped via the Mississippi River through Louisiana’s Ports of South Louisiana and New Orleans. “The Port of South Louisiana and the Port of New Orleans become stations where cargos, freight and agricultural products can be loaded on ocean-going vessels,” explains Don Pierson, Secretary of Louisiana Economic Development. It’s a role that Louisiana easily supports. “The idea that we command the Mississippi River is a great geographical advantage that we have.”

Aside from the exceptional asset that is the Mississippi, Louisiana has numerous interstate highways including interstates 10, 12, 49 and 55, seven commercial and 61 general aviation airports, and an efficient rail system whereby over 120 million tons of freight are carried annually. “We have six of the class one rail services that come to Louisiana,” says Don. “About the only other location in America where that happens is Chicago.”

He notes that although it isn’t readily visible to the eye, Louisiana also has close to 180,000 miles of pipeline moving chemicals and liquid product throughout the state. The movement of oil and gas and various chemicals such as nitrogen and other commodities move “through a robust pipeline network.” Chemical manufacturers requiring, for example, natural gas, will find Louisiana the place where “many of the United States supply pipelines aggregate, giving us tremendous capacity,” adds Don. “When you have great supply you can typically have low costs.”

The advantage of proximity to the Gulf of Mexico is essential as Louisiana is “America’s number two energy provider. Much of that comes from activity in the Gulf of Mexico.” However, Don clarifies that the current low commodity prices for oil and gas have weakened production in this sector, making operations in the Gulf of Mexico not financially viable at this time. “Our weakness right now in our economy is this segment that’s related to oil and gas production, and we’re not alone in that.” At least nine states whose economies are driven by the oil and gas sector are being impacted by low commodity prices.

Embracing the boom
“Louisiana is in the midst of an industrial boom unlike any other in our history,” economist Dr. Loren Scott, professor emeritus of economics at Baton Rouge’s Louisiana State University has been noted as saying in a 2015 Louisiana Economic Outlook report. A diversity of strong traditional sectors continue to propel the state’s economy, including agriculture, energy, manufacturing, shipbuilding, minerals and ores, and the seafood industry. Don explains that while some of the oil and gas extraction operators may have been hit unfavorably by low oil costs, “that same low cost is what makes a chemical plant very profitable.” Energy costs to operate such plants are lowered as all plastics and chemicals are derivatives of either natural gas or petroleum. Lower energy costs mean that, “energy is very robust right now.”

As to emerging sectors, there are many – entertainment, software development, process industries and water management are just a few. In fact, for a number of years, Louisiana has placed a strong emphasis on the development of IT companies involved in software solutions such as cyber security and animation.

Don notes that such Fortune 500 companies as IBM will come in with contractors to develop software solutions to assist in business automation and have done so in a very productive manner. “We have a number of these major IT resource companies and we have them geographically disperse around our state.” All of these activities are “closely aligned with a partner university or community college system,” with a consistent interaction between educational institutions to provide the worker skills in great demand.

Another area where an emphasis has been placed is that of water management. Louisiana faces a challenge in terms of the southern state’s coastal erosion, which the state is proactively addressing, fully acknowledging that it will require substantial resources and years to rectify. There are a number of projects currently underway to at least stabilize if not stop the challenge of erosion.

For instance, the $80 million Water Campus in Baton Rouge is under construction in partnership with Baton Rouge parish governments, Louisiana Coastal Protection and Restoration Authority, the state and its universities. This research campus will study the effects of coastal erosion and plans for sustainability. As a major investment, it’s hoped that Louisiana will “become world-class in water management issues,” adds Don.

Louisiana Economic Development manages and monitors economic activities in the state by dividing it into eight regions. In each of these regions is located a Small Business Development Center which is often co-located on a community college or four-year campus. “Essentially, if we can alert small businesses to the opportunities that are available in these Small Business Development centers, we can either help them launch their business or improve the business that they have,” says Don.

Staff at these Centers assist with academic activities such as business and marketing plans and access to federal programs such as small business loans. There is also a loan guarantee program that’s part of each Business Development Center’s economic development outreach. For any situation whereby a bank finds a venture a little too risky, “We can bring a loan guarantee to the table,” says Don. “With the state guaranteeing a portion of the debt, the bank gets more comfortable and will either lower the interest rate or approve a loan that they might not feel comfortable with approving were it not with the state’s participation.”

There are plenty of opportunities for companies to participate in the state’s current industrial construction boom, and LED’s Bonding Assistance Program enables small and disadvantaged businesses such as women-owned, minority-owned, and veteran-owned firms to bid on projects. If awarded, these businesses may have the state provide surety underwriting for a portion of the bond. The LED is aligning itself so that such businesses “can take advantage of that work.”

Some of the Small Business Development Centers also provide support through the Procurement Technical Assistance Centre (PTAC) which essentially, “helps companies navigate the more complex bidding and awarding process that’s associated with either federal or state types of opportunities,” explains Don. Utilizing such centers the LED has “been able to bring $150 million a year, or more, to small businesses through these awards that likely would not have had the confidence to make those proposals to government were it not for having the staff available to assist them with the process.”

A ready, qualified workforce
Louisiana takes the responsibility of having a readily available skilled workforce seriously, now and into the future, and incorporates a number of procedures to this end. Such procedures include listening to clients’ workforce needs and the recruiting and screening of applicants to discern their ‘fit’ in terms of skill set requirements for a company. Once a candidate has been selected, training development is initiated by means of a pre-employment training scenario to align the candidate to specific employment requirements.

“The most important element for any company at any location today is to be able to be supported by a quality workforce,” says Don. In fact, for seven consecutive years one of the leading trade publications, Business Facilities, “has awarded our state the number one rating for all workforce training programs in America.”

One such program is LED FastStart®, an innovative, efficient workforce training initiative for eligible companies that provides specialized programs to ensure the delivery of highly qualified employees to a number of industries.

Many states have initiated the development of such programs which are aligned with educational providers such as community colleges, technical schools, and four year universities. Don notes that in the past, such institutions tended to carry out their activities in their own manner but, “with persistent efforts and great partnerships that we forge, we’re finding that we can have a very flexible and accommodating environment on our campuses. That gives us a lot of strength and brings greater value to this FastStart® training program that we have.”

The Quality Jobs Program is designed to bring Louisiana higher paying jobs by providing five or six percent payroll rebates to companies each year for 10 years. The state also has seven Foreign Trade Zones (FTZ).“Louisiana has long hosted foreign investment, New Orleans being one of America’s oldest ports,” says Don. “The foreign investment here is very significant. We play a catalyst role in making sure that we have the right interface and the right cultural approaches to these investors… A great deal of international commerce is taking place in Louisiana today.”

Summarizing, Don indicates that, “Since 2012, we’ve announced $135 billion in projects [with] $65 billion of that underway right now.” As for the future, he shares that Louisiana will continue to build on its strengths so that, “We can contribute to a robust economy in our state and in all the communities here.” 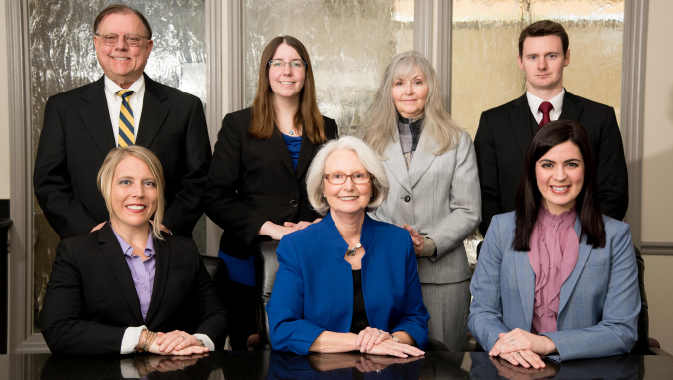