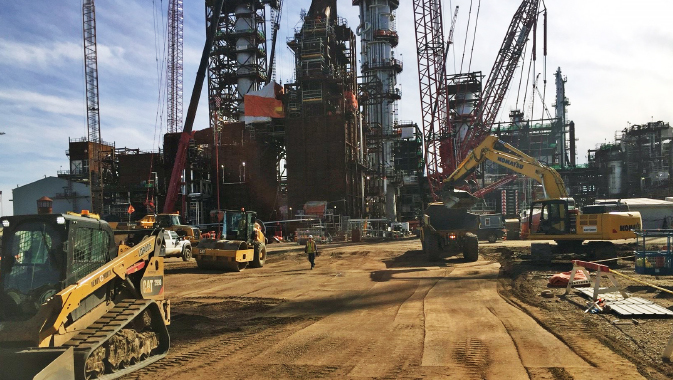 Heavy North continues to make headlines. The civil construction business has relocated its headquarters, launched two new companies, and survived a forest fire since Business in Focus profiled the firm for the second time last year. This month, we sat down with the team for a third time and learned the latest news.
~
Last spring, Heavy North faced a trial by fire (literally) that many companies could not have survived. When the Fort McMurray fire, dubbed “the Beast,” swept through the region, the company suffered along with the rest of the community. “We were displaced,” remembers President Steve Bolen. “A number of us lost our homes.” The fire ravaged more than 500,000 hectares—a landmass larger than Prince Edward Island. By the time the smoke cleared, the Beast had destroyed at least 2,400 structures—almost 10 percent of the city—and forced over 80,000 residents to evacuate, according to the Globe and Mail.

In addition to forcing an evacuation, the fire separated Heavy North from many of its worksites. “A lot of the work that we were doing at the time of the fires was north of the city, so when we got displaced we couldn’t get access to our gear either,” Mr. Bolen recalls. “For six weeks we didn’t have access to the majority of the equipment in our fleet. That obviously impacted us.”

The team set up shop four and half hours’ drive south, in Edmonton. They decided to move the company headquarters there permanently. “That was partly a result of the fallout of the wildfire,” Mr. Bolen says. But the relocation made good financial sense too. “We felt from an economic standpoint, not just driven by the fire, that we were better suited to be based out of a bigger city that was more central to the work.”

The relocation has helped the company expand. “We’ve got much better access to a labour pool here, both on the staff and on the craft side,” Mr. Bolen says. “That has been a big plus for us. It gives us a lot more opportunity to fill the positions that we need to fill as we grow.” This expansion has also been geographical. “Moving to Edmonton enabled us to look at work outside of Fort McMurray as well as the oil sands work,” Mr. Bolen says. “It pushed us to look more east west and expand from there.”

“Due to our strong relationship with a major oil and gas company working within the region, we were tipped off to the potential partnership. They [said] that we should be talking to this Nation about trying to work together,” Mr. Bolen recalls. “And the oil company did the same with Sucker Creek First Nation. They said ‘you should talk to this contractor. They might be a good fit. We’ve got a bunch of work coming down the pipe and if you’ve got extra capacity, you will definitely get opportunities to bid on some of this work.’”

The partnership gave Heavy North an opportunity to diversify. “It was good for us because we have been very oil sands focused since our inception,” Mr. Bolen says. “This has helped open the door to get us more involved on the gas side of the oil and gas [industry].” This shift is critically important. “The oil sands [have] market stalled because of the price of oil,” Mr. Bolen says. “So it has given us more opportunity outside of where our bread and butter has been coming from in the past.”

Heavy North is also diversifying through its new company HeavyPipe. Wholly owned by Heavy North, HeavyPipe delivers pipeline construction services to Western Canada’s oil and gas industry, with an emphasis on midstream energy transportation companies. “Our strategy is to get more involved with the integrity / maintenance side,” Mr. Bolen says. “The larger pipeline contractors want to go after the big work and we want to come behind and take on a lot of the work that they are not as interested in and that there is still demand for.”

The state of the industry is stronger than in the recent past, Mr. Bolen reports, but market challenges remain. “Some companies have not been able to weather the downturn,” he says. “And although the price of oil stabilized, it definitely brought some stability back into the economy, there is still not a ton of money being spent on infrastructure.” Not surprisingly, competition is fierce. “Other contractors are taking on work just to keep cash flow,” Mr. Bolen says, “but that is not our strategy.”

Heavy North put a strategy into effect to reduce the competition. “We got more creative in how we bid, and how we field work, and the type of work we take on,” Mr. Sawh says. “We are taking more challenging and technical work which reduces the competition… We are working with clients that require a lot more details at bid time. They are looking for a lot more upfront planning and that scares away some of the smaller guys, so that opens some doors for us.”

The Heavy North team’s background of experience helped them handle demanding and complicated jobs. “What has given us an upper hand is that we come from the big, multinational company mentality,” Mr. Bolen says. “And we have brought that thinking down to the smaller projects… We are providing the same high level of service to the clients, but at a much smaller project scale and cost. And that has given us some opportunities for sure. Without that I’m not sure we would be here today. I think we would definitely be struggling.”

The team’s unique perspective led them to take a calculated risk and choose growth over security. “We took a different approach from day one when we started the company,” says Mr. Sawh. “We brought people in to help us grow and structured [the company] in a way that we can expand even in the downturn because we see things coming back. We want to stay ahead of it and the only way to do that is with other people. We are still recruiting, whereas, in the downturn, a lot of companies downsized, and rightfully so. They downsized and minimized their overhead. We took a riskier approach.”

The team plans to continue this growth. “Obviously we want to continue to grow,” says Mr. Sawh. “We are taking it to the next level. We are looking at bigger, more sophisticated work with some of the bigger names in the industry.” The move to Edmonton has spread the word. “We are well known in the Fort McMurray area and we are starting to make some noise here in Edmonton.”

After overcoming the fire and weathering a major downturn, Heavy North certainly has been making some noise—and the industry is listening. 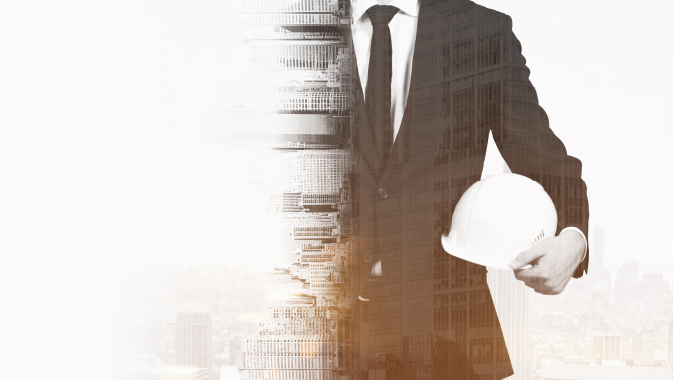 Taking Safety to the Next Level