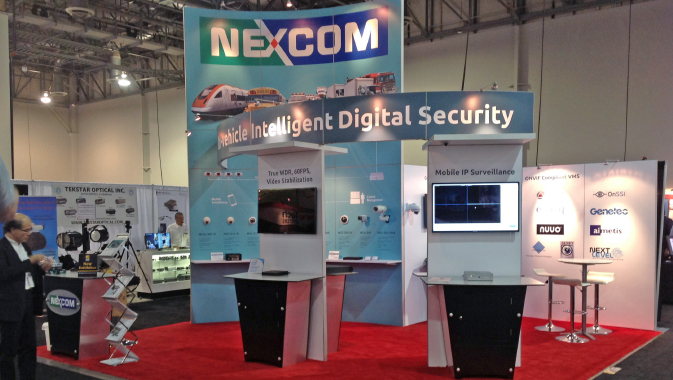 NEXCOM is a manufacturer of industrial-grade computer hardware for various vertical application markets. Founded in 1992 in Taipei, Taiwan, the company has made many innovative and exciting products and continues to push the boundaries of intelligent systems design.
~
In the beginning, NEXCOM manufactured high-end graphics workstations, but in 1995, it shifted its focus to the development of single-board computers with its first industry-leading industrial computer called PEAK. From 1996 until 1998, it released a new, industrial-grade, single-board computer based on the Pentium architecture, every year. In 1999, it opened two subsidiary offices, one in Fremont, California and another in Buckinghamshire in the UK.

In 2000, it opened another office in Tokyo and shifted focus once again toward building blade servers. A blade server is a space-saving solution that houses multiple server modules (called blades) in a single rack-mounted chassis. It introduced several other products over the years, including its fan-less NISE computer series. It continued to expand, eventually opening offices in various locales. Today, NEXCOM has one thousand employees worldwide and continues to grow.

In its highly-specialized and sophisticated industry, NEXCOM has seen a great deal of success. Three principles have kept it on track: teamwork, cooperation with trusted partners, and growth through innovation. One of the key aspects of its accomplishments has come about from working to push the boundaries of industry forward in a fast-paced, high tech environment.

Another crucial piece of the puzzle can be found in the structure of the company. NEXCOM is segmented into six distinct business units (BUs), each specializing in a particular aspect of the industrial computing industry. These BUs have been strategically built around important project accounts, and each supports a very specific task. These include internet of things (IoT), IoT automation solutions, intelligent digital security, intelligent platform and services, mobile computing solutions, and network and communication solutions.

NEXCOM is very familiar with the IoT acronym. Internet of things is the phrase used among technology professionals and, more recently, in popular media to describe the ever-growing landscape of devices that connect to and interact with each other over the internet or a local network. When your phone sends music through the speakers in your car, that is the internet of things.

The IoT business unit is focused on medical telematics applications, particularly in the dialysis process, and NEXCOM’s very own ToGazer video conference system. ToGazer adopts Web Real-Time Communication (WebRTC) based on peer-to-peer (P2P) technology. In addition to video conferencing and long-distance learning, it has also been used in war rooms to help headquarters directly communicate with operational managers in the field to correct and adjust production.

The mobile computing solutions BU focuses on the transportation sector, and delivers underpinning technologies for the IoT, which looks to a future where transport is made more intelligent and sustainable.

These six business units represent the company’s ability to be dynamic and change with the industry. The industrial world is currently swept up in a shift toward mobile, cloud, and IoT systems and NEXCOM has adapted once again to meet it there.

The embedded system market, in which NEXCOM began, has transformed into a market heavily dependent on intelligent systems that can communicate and interact. The company has repositioned itself to provide intelligent system solutions to match the changes in the industrial computing landscape. With this new direction, it has demonstrated visionary insight, a highly dynamic capacity to adapt, and a vigilant approach to creating what the market needs.

NEXCOM frequently presents at conferences and exhibitions. In April of this year, it gave a presentation it called “A Complete Industry 4.0 Solution” at Hannover Messe, one of the world’s largest trade fairs at Hanover Fairground in Hanover, Germany. The presentation demonstrated the essential elements to implementing automation systems, wireless infrastructure, and smart cloud services that are required in a modern smart factory.

Earlier that month, at the ISC (International Security Conference) West in Las Vegas, NEXCOM presented 3D cameras with time of flight (TOF) technology to collect data to be used with business software suites. A time of flight camera can resolve the distance between itself and an object in its view. Collecting this data can allow the operator to generate comprehensive reference reports which can then be used for many applications.

At the ISE (Integrated Systems Europe) exhibit in February of this year, NEXCOM presented its ‘Smart Retail Solution,’ integrating several technologies, including smart shelves and audience analysis to make interactive retail experiences that astonished visitors. The smart shelves could detect when an object was picked up, signaling digital signs to display relevant pricing and an informative advertisement specific to that product. The audience analysis system used Quividi facial recognition technology to evaluate demographic information about the audience and intelligently select relevant advertisements to span across a giant twelve display video wall.

Using Quividi’s technology allows the system to detect where someone is looking and estimate their age, gender, and even general mood. The audience analysis system can then play the right advertisement at the right time to maximize the value of the advertisement space.

At yet another conference where NEXCOM presented its interactive sign solutions, it demonstrated a system for collecting data about visitor traffic flow and dwell time to identify hot zones and what products were most examined. This system can be used by savvy retailers to analyze shopping patterns and leverage that data into smarter and more effective store organization.

At the Automate Show, NEXCOM showcased its IoT gateway solution, along with robot controls, factory and automation systems, and wireless networking solutions.

“Being at those shows—walking the floor, you see a lot of competitors with very similar products, and sometimes they have very low-cut prices” says Khang Pham, NEXCOM’s marketing manager at its Fremont, California location. “One challenge is that our competitors can beat us in price by using lower quality components.”

However, NEXCOM refuses to sacrifice quality. “We overcome that challenge by providing high-quality products and offering exceptional customer service.” he continues, noting that the company is committed to solving any technical support requests within twenty-four hours.

Over the years, NEXCOM has demonstrated a unique ability to adapt to the needs of a highly dynamic industry with constantly shifting needs. From graphics workstations and single-board computers to blade servers and the highly-sophisticated wide world of intelligent systems, NEXCOM has closely followed the marketplace and met its needs at every turn. Whatever the future holds for industrial computing, NEXCOM will be there with innovation and quality products. 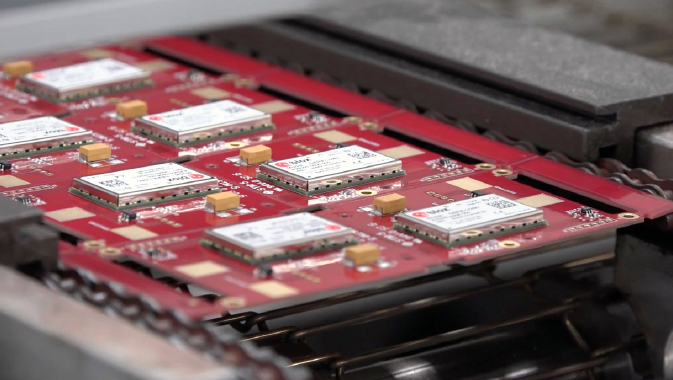