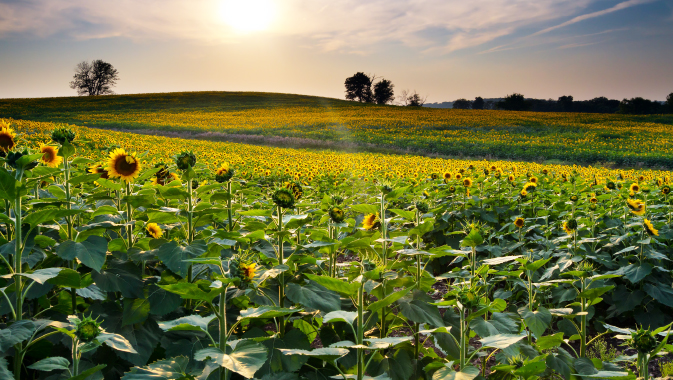 Salina is located in north-central Kansas amidst the Smokey Hills region of the Great Plains. In this region, there are many opportunities for business. The Salina Community Economic Development Organization (SCEDO) is a relatively new organization that works with the local chamber of commerce to further the economic health of Salina with a diverse business culture. Revitalization efforts are underway, and industrial parks are at the ready. Business in Focus spoke with Executive Director Mitch Robinson.
~
The SCEDO was legally formed in December of 2015 to attract new industry and new business to Salina. No retention work is performed, as that continues to be done by the chamber of commerce. This is unique. The SCEDO is housed within the chamber, but is seen as a separate entity 501-C.

“Before 2015, the chamber of commerce had a contract with the city to do both retention and attraction. There was a change of philosophy and personnel. The SCEDO was created to give some broader support,” says Mitch.

Mitch is creating a strategic plan, which should be accomplished in the early summer of 2017. He brings a lot of experience to the job, as he has been in the business for over thirty years, and this is his fifth time running an economic development program.

Salina is located on two interstates: the I-70 east-west and the I-135 north-south. It is on the northern point of the I-135 that becomes the I-35 and goes through Oklahoma City into Dallas.

“We are also on the Union Pacific mainline railroad. Our air service is provided by the Salina Airport. There are direct flights into Denver, so we are very accessible. We are centrally located,” says Mitch.

Salina has several institutions of higher education, but the one that has really had an impact on attraction efforts is Kansas State Polytechnic. It has an unmanned aircraft systems program that is ranked in the top two in the country. The aviation industry is a key sector targeted by the SCEDO. The college produces pilots through its general aviation program.

One of the largest airports in the state is at Salina. The Salina Airport Authority resulted from the closure of a U.S. air force base in 1965. There were over five thousand jobs lost when the military pulled out, but there has been a substantial positive economic impact generated by the airport since then, and it has been quite an asset for the community.

The property was turned over to the community, and the Salina Airport Authority has over 500,000 square feet of building space that can be used as either warehousing, production buildings, air plane hangars or production space with access to airport runways.

“Our main priority is to work with the airport authority. It is attracting companies that want to do testing, repair and remodeling of existing air craft. There are a couple of companies leasing space from the airport for their hangars. They can bring in their planes for runway testing, take off, landings and more,” says Mitch.

A lot of utility companies are using drones that take off from the airport to check power lines and property rights-of-way. Farmers can also use them to monitor crops, weather and ground conditions. There are many applications to consider.

“In May, we are attending the [unmanned aerial vehicle] trade show in Dallas. This is a sweet spot for us because of the graduates coming out of the program out of Kansas State that deals in drone technology. They are also doing a lot of research for different businesses and government agencies on campus,” says Mitch. The AUVSI XPONENTIAL exposition was held between May 8 and 11 at the Kay Bailey Hutchison Convention Center.

Salina Area Technical College is leading the way when it comes to training for industries. It is a two year institution that can grant certificates and associate degrees. It has machine tool, welding, electrical, construction, dental, automotive and other programs.

On the medical side, there is a nursing program in its early stages and other medical programs. “This is helping supply that need for the medical industry that’s growing all across the country. The school is very committed to providing training for new companies. They can help get the soft skills up to speed and the technical aspects of certain types of training,” says Mitch.

Another feature of Kansas State Polytechnic (K-State) that has a lot of support from area industry is the Bulk Solids Innovation Center. This facility studies the handling of commodities that can be anything from a food product to a product used in the manufacturing.

“Think of plastic resins and how those products raw materials are moved in production facilities. We have several companies in Salina that either produce the entire system or components of it. This new school of K-State is the only one in the country doing that. This is a unique opportunity to help industry advance their skills, knowledge and products in this handling of bulk commodities,” says Mitch.

Salina also has companies like Vortex which manufactures metal parts that go into bulk solids’ handling systems. It employs 250 people at its sizable machining operation. Kansas is one of the biggest producers of wheat in the country, and this equipment helps those companies that move wheat.

Schwan Food Co is the community’s biggest employer. Back in the 1970s, Tony’s Pizza of Salina was bought by Schwan and began shipping frozen pizzas across the country.

“Now they have over 1,200 employees, and it is the largest, most productive plant that Schwans has. They have plants all over the country making different food products for them. In terms of volume, they set a rail car full of pizzas out multiple times a day. It’s in the tens of thousands of pizzas a day.” says Mitch.

Salina also has one of the largest producers of light and mid-sized buses at ElDorado National. It employs about four hundred people to do all the fabrication from the bare frame and up.

A $155 million downtown revitalization plan is underway in Salina. This is one of the main initiatives that the community undertook to make itself more attractive to millennials, retirees and industry. This investment and multiple projects in the downtown core should expedite improvements to quality of life, and in turn this makes Salina more attractive for people that may want to move here or for tourism.

“The monies have been approved, and we are in the process of moving forward. The next step is a bonding process. The first project is almost done and will be finished next month. It’s a sports facility that will house indoor soccer, basketball and other sporting events that can be held on a year-round time line,” says Mitch.

A bowling alley with restaurant, bar and laser tag is coming to Salina to provide a complete entertainment facility for people of all ages. A $19 million hotel is being built just down the street from the sports complex. Old Chicago Pizza is going to open soon, and a car museum is in the early stages of development.

There was a river that came through Salina and continually flooded the community, but in the 1950s, a new channel helped to alleviate the problem of water coming downtown. Since then, there has been a lot of interest in green space and recreational activities.

“The community worked with the U.S. Army Corps of Engineers to come and clean the channel out. It included a natural regenerated wetland area that people can do kayaking in, fishing and other water sports. That’s about a $20 million investment alone,” says Mitch.

There are six hundred acres of land available for development in Salina with direct rail service. These types of projects can serve inbound bulk materials or finished products going out that need the rail system. Union Pacific cites this industrial site as a top preferred site, and Salina is ensuring that it comes up with some more projects for it. The community and city have worked to help develop the infrastructure at and around the sites.

“In addition to the buildings, they are also on several hundred acres of ground that can be used for either aviation or non-aviation imperatives,” says Mitch.

There are some very attractive sites that are shovel-ready with all the utilities and streets in place. SCEDO works with the landowners to market the properties. The largest site is acres but can be divided into smaller plots of land. 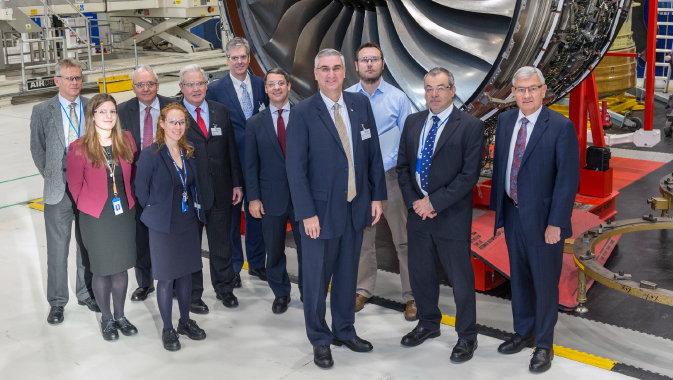