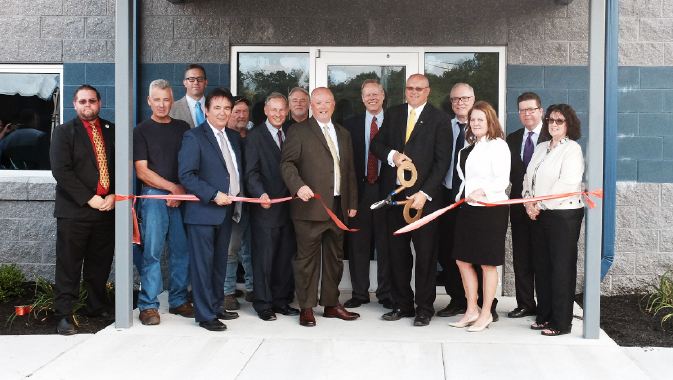 Named in honor of Benjamin Franklin, the beloved American diplomat, scientist, printer and author, Franklin County is one of the most readily accessible counties in the entire State of Kansas. The 572-square-mile county lies right in the heart of the United States transportation corridor and is reachable via road, rail, barge and port, making Franklin County an ideal location for businesses of all sizes to set down roots.
~
“Our mission is to focus on industrial and manufacturing growth within Franklin County,” says Franklin County Development Council Executive Director James Oltman. “Distribution/Logistics is another target market of ours.”

There are two large distribution organizations already located in the county: retail giant Walmart and clothing and accessories company American Eagle Outfitters Inc. The area is also home to cargo handling solutions company Cargotec/Kalmar which has a significant assembly operation in the industrial park.

Along with these businesses is a mix of others including a large homegrown tool and die operation, which started off small, grew and moved three times to its current location where it currently occupies two buildings. Sectors such as agriculture continue to play a key role in the overall economy of the county.

The county is a mere twenty-five-minute drive from the Kansas City metro region and only an hour by car to all transportation hubs. For goods being shipped or received by road, Interstate 35, runs northeast-southwest through Franklin County.

The Kansas City International Airport (KCI) is just fifty-nine miles northeast, and the new BNSF rail intermodal facility is less than seven miles to the east of the county line. BNSF has 32,000 miles of routes in the United States and Canada. Additionally, Port KC, formerly known as the Kansas City Port Authority, is just forty-two miles to the northeast.

The Franklin County Development Council was formally established in 2012, although economic development had been happening in the area since the 1970s under the umbrella of the chamber of commerce. The creation of a separate development council allowed for a greater focus on economic development activities, which coincides with efforts to create new industrial development within the community.
“We have identified those areas [industrial, manufacturing, distribution] as our target industries, and we basically created a four-year marketing plan designated on pursuing those industries,” comments Oltman. The plan will also see the creation of a new business park.

There is a population of approximately 27,000 for the entire county, and employers have access to a significant labor pool of 175,000 in Kansas City, just forty minutes away.

The Franklin County Development Council and its partners are working to create customized packages with a combination of local and state incentives to best suit both new businesses and those undergoing expansion.

There are state incentives from the Kansas High Performance Tax Incentive (HPIP) which provides potential benefits such as a ten percent income tax credit for an eligible capital investment exceeding $50,000, a sales tax exemption, training tax credits up to $50,000 and “priority consideration for access to other business incentive programs.” Other programs include PEAK (Promoting Employment Across Kansas), Inventory Tax Exemptions, the Kansas Industrial Training Program (KIT) and the Kansas Industrial Retraining Program (KIR).

The county seat is the city of Ottawa, and the Chamber of Commerce has had meetings with about 120 community members to discuss revitalization projects they would like to see in the downtown area and is in the process of conducting personal interviews to determine levels of support and potential sources of financing.

“We have had significant reinvestment in our downtown on the private side really in the last twenty years,” states City of Ottawa Community Development Director Wynndee Lee.

Like many downtown areas, Ottawa is changing for the better. Structures are currently undergoing renovation and remodeling, and where there used to be little housing downtown, developments are appearing including apartments along the rail trail.

The area has also seen a shift toward quality of life being an important consideration when it comes to development projects.

“We know that we have to have not only the real estate piece of it and the workforce piece of it, but we also have to have those quality-of-life aspects to really move the needle when these potential industries look at us for a landing spot,” says Oltman. “On top of that, it is being able to provide that for people who live in our community and see it grow and prosper.”

To date, over $60 million he has been allocated for schools and bike, park, and sidewalk improvement projects. These efforts have put Franklin County in a solid position to better market itself.

One strategy revolves around two old railway lines that have been converted into hiking and biking trails that intersect Ottawa. One runs east and west, the other north and south. Tourism is growing around these popular rail trails, with expansions to trailheads and other systems set to interconnect to other parts of the state in the near future.

“This crossroads opportunity gives us an edge over a lot of other communities that run along these trails,” says Franklin County Planning Director Larry Walrod.

Franklin County has a strong commitment to education and healthcare which are both vital for the success and well-being of the community. One partner is the local hospital, Ransom Memorial, which is currently undergoing an $8 million expansion to its emergency department and the addition of a new trauma center.

In addition to a private college, community college and nearby technical schools that bring people into the area, there are apprenticeship programs at the community college. One program is in conjunction with the college’s nursing and medical courses. Other programs at the high school level provide youngsters with opportunities for positions as linesmen or with the fire department or as police cadets.

Currently, the development council has been holding discussions on pilot programs with industrial businesses, particularly in manufacturing and distribution, to see if there is a way to create a local pipeline of recent high school graduates ready for work.

The local board has been actively promoting Franklin County and recently approved a new marketing campaign relating specifically to a new industrial park named “Proximity Park” currently under development.

“It’s a multi-faceted plan which also includes a complete redesign of our website,” says Oltman. “We are basically going to start from scratch and build a new one that is more geared towards our target audience, with our number one target audience at this point being site selectors. So it’s going to be geared toward information that they need, and part of the plan is creating some digital and creative collateral, such as sales packages, data packets and things of that nature.” 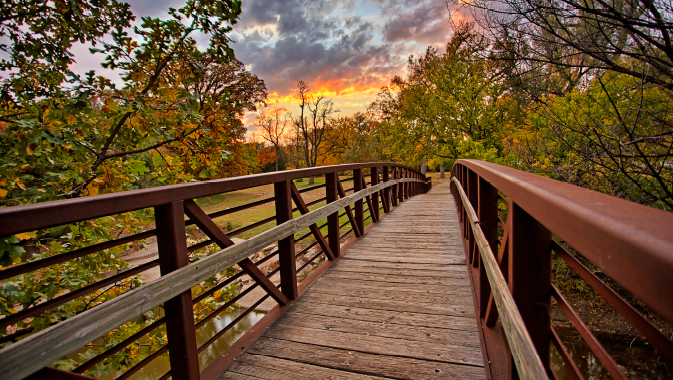