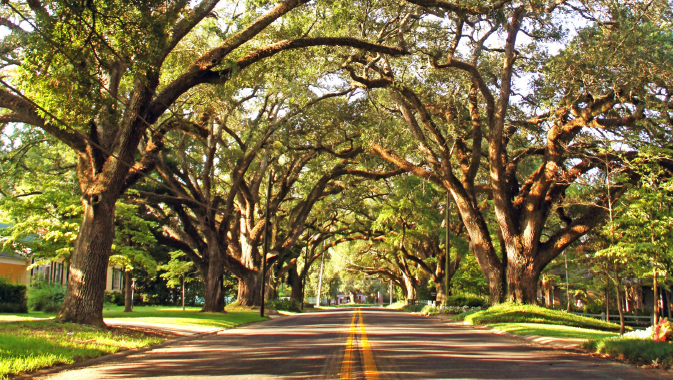 Founded by the French over three hundred years ago, Natchitoches is the oldest permanent settlement in the Louisiana Purchase and predates the founding of New Orleans in May of 1718 by four years.
~
Natchitoches, Louisiana has a unique charm that strikes a balance between its storied past and its future, making it truly unlike any other city in Louisiana. The City of Natchitoches contains charming and stately homes dating back the eighteenth century, and its well-maintained National Historic Landmark District encompasses thirty-three blocks.

The parish – the Louisiana equivalent of a county – is home to highly-rated Northwestern State University which was established in 1884. Today, the four-year university serves approximately ten thousand students. Natchitoches fosters a diverse economic base around the university and its outstanding public education system, as well as medical and social services, manufacturing, the retail trade and tourism. Louisiana is legendary for welcoming of tourists from around the world.

The Natchitoches Community Alliance Foundation, Inc. (NCA) spearheads many of the initiatives in the area. President Tony Davis is also head of the Natchitoches Area Chamber of Commerce, which was the parent group and initial investor to create the NCA. He has also been president of the NCA since its inception in late 2014.

The two have separate boards; the chamber is categorized as a 501(c)(6) organization while the foundation is a 501(c)(3). This structure provides many advantages for the community since a common leadership steers both entities in the same direction.

“It is our job and our responsibility to provide support and leadership for economic development and workforce solutions which are used to increase economic activity in our parish and in this region,” says Davis.

Although a number of development bodies and parish efforts existed prior to the Natchitoches Community Alliance, the NCA is unique in the service contracts it has with Northwestern State University, the City of Natchitoches – which is the seat of the Natchitoches Parish – and with the chamber of commerce and the Parish as a whole.

“There are essentially four contracts for services, which allows us to focus our attention on actual services that we defined and negotiated with those entities, which gives us a very broad-based initiative that is parish-wide and incorporates the most vested parties in the parish,” says Davis. “In the past, it may have been somewhat narrow, and so you may have had multiple contacts for a request for proposal response, and now we are able to funnel that into one organization, one contact, and it helps tremendously.”

Among Natchitoches’ many strengths is its location as it has access to millions of people within a four-hour driving radius. The city is served by the Interstate 49 corridor; New Orleans is southeast, Houston is southwest, the Dallas-Fort Worth metropolitan area is west/northwest, and Little Rock is nearby. Other cities, like Shreveport and Alexandria, are just an hour’s drive away.

The area is part of Louisiana’s well-known Kisatchie National Forest which was designated in 1930 under then-U.S. President Herbert Hoover. Much of Natchitoches’ economy grew from the timber industry and related products. World-famous International Paper manufactures linerboard for corrugated cardboard at their Red River Mill, while timber giant Weyerhaeuser makes laminate beams, and RoyOMartin is engaged in plywood production.

Other long-time employers in the area include Pilgrim’s Pride and Alliance Compressors, a joint venture owned by Emerson Climate Technologies. Alliance’s Natchitoches-based manufacturing facility was named 2016 Manufacturer of the Year by the Louisiana Association of Business & Industry this past January and has also be awarded the prestigious COO Safety Award.

Today, the NCA is focused on attracting a variety of sectors to the area. “If you think about our top three appointment sectors, they’re going to be healthcare, education and manufacturing,” states Davis.

Owing to its existing manufacturing, the NCA feels it has a distinct advantage working with industrial and manufacturing operations which provide good-paying jobs and an influx of capital. Healthcare is a growing field, largely due to the Christus Natchitoches Regional Medical Center, which serves affiliated clinics and has a substantial impact economically.

The NCA works with Louisiana Economic Development (LED) on the development of Certified Sites for industrial and business parks. These Certified Sites are subject to an intensive and exhaustive review process including suitability and have all information compiled and available for interested companies. Sites are deemed shovel-ready in six months, with no unexpected surprises.

“We want to make sure that as we are advertising those potential investors understand they are ready to go,” comments Davis. “So it’s more than just having the land; it’s getting that land certified. But we are fortunate in that we have land to choose from to do so.”

The Natchitoches Community Alliance is working towards the certification of other sites while it offers expansion zones through the available land.

Along with Northwestern State University, the Northwest Louisiana Technical College (Natchitoches Campus) and many fine public schools are found here. These include the Louisiana School for Math, Science, and the Arts (LSMSA), which is often ranked among the top ten high schools in the U.S. The LSMSA produces students who are both high academic achievers and highly motivated.

Moreover, as a Certified ACT® Work Ready Community, Natchitoches has a clear system for measuring workforce. Those who complete the WorkKeys Assessment receive a National Career Readiness Certificate™ (NCRC®), which local employers find to be strong indicators of future success.

“The beauty of the NCRC is that we then have a record of what level someone received and how many we have holding that,” says Davis. “They are assigned four levels: bronze, silver, gold or platinum. And what is really impressive there, is those NCRCs are evidenced-based on skills, and employers love them.”

Unlike a high school diploma, which does not necessarily show how well someone performs certain tasks, an NCRC indicates that the person demonstrated their skill sets in specific areas and is awarded based on their performance. This makes it easier for employers to hire the right people.

A strong workforce is an integral part of the community’s present and future success, so Natchitoches works in partnership with Northwestern State University and its local technical college on a program called AMT or Advanced Manufacturing Technology. The program is modeled after a similar one utilized by several other states which in turn was based on one used by Toyota.

“It’s a well-known and well-respected program, and we are happy to bring that into a partnership here locally,” says Davis. It is a natural tie-in with Northwestern State University’s superior industrial engineering technology and electrical engineering technology programs, which already see high enrollments, and achieve nearly one hundred percent job placement from local manufacturers and employers in those fields.

As part of its commitment to education, the NCA and the Chamber of Commerce also has an education fund that sponsors math and robotics development programs in middle schools and Project Lead the Way (PLTW), a stem-based curriculum that is in all fifty states and more than six-thousand schools. Northwestern State University serves as the state affiliate for PLTW, thus increasing the focus on STEM in Natchitoches and the region.

Natchitoches is popular with visitors from across the U.S. and worldwide and is home to one of only two National Heritage Areas in the state, the Cane River National Heritage Area that recognize the unique Creole culture. Tourists can visit plantations, take walking tours, and catch glimpses of life from the 18th and early 19th centuries. The area is full of natural wonders including the Cane River Creole National Historic Park offering hiking, camping and biking.

The riverfront area is the place to be for many festivals including arts and crafts exhibits like Bloomin’ on the Bricks, Cookin’ on the Cane, the Meat Pie Festival, and many other weekend events, including live music acts at downtown bars and restaurants. Each year culminates in the six-week long Festival of Lights, capped by the Christmas Festival, the first Saturday in December, which draws in nearly 100,000 visitors.

The area also saw the recent announcement of a $3 million improvement project funded by the Cane River Waterway. The Cane River (Lake, actually) forms the backdrop for downtown Natchitoches and is a huge asset for tourism. It technically became a thirty-three-mile-long lake after it was dammed and had a spillway added decades ago.

Among the features will be a newly-built covered stage twice the size of the existing one, a brick walkway, additional public restrooms, amphitheater-style seating in the hill in front of the stage and the installation of accessible ramps and access points.

“It’s really going to make a big difference,” says Davis. “We have a wonderful set up right now, and this will just make it so much better.”

The project is expected to be completed this November in time for the annual six-week-long Festival of Lights, which draws about half a million visitors.

“We are able to provide a great deal of culture, which is unusual for a town our size to offer all these amenities,” says Davis. 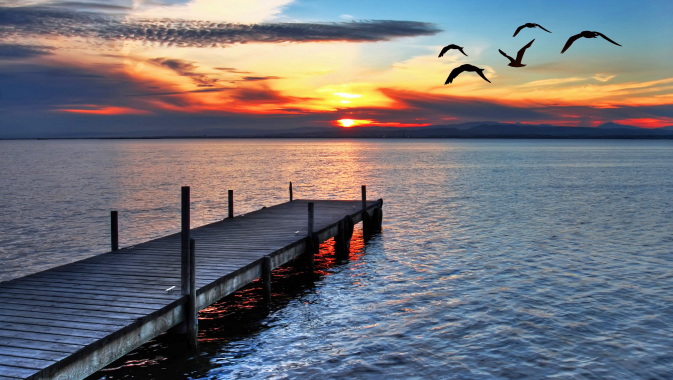