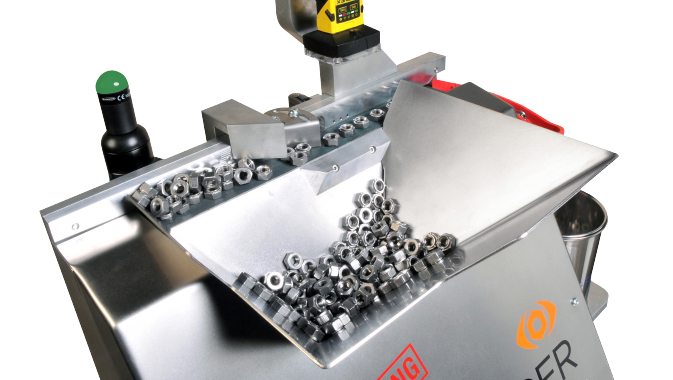 D&D Automation of Stratford, Ontario marks its twenty-fifth anniversary this year with a new line of cutting-edge products and services. These include the latest version of the company’s VERA (Vision-Enabled Robotic Assembly) system which D&D promises will revolutionize the industrial parts feeding process. The company is also piloting an app to display factory performance data and now does computer-based factory simulations for clients.
~
These new offerings reflect D&D’s culture of innovation, says President Michael McCourt. “Innovation is absolutely the future. Everyone talks about innovation: precious few are actually doing it. We are actually doing it, but it’s hard work.”

The growing company is a turnkey automation controls integrator. D&D provides factory automation controls and does robot integration, engineering and mechanical design and controls programming among other services. It serves industrial and manufacturing clients, specifically in the automotive, energy and food and beverage sectors. Its high profile customers include automotive manufacturers such as GM, Ford, Toyota and BMW as well as food and beverage, paper mills and mines. The company installs systems across the globe.

D&D was co-founded by McCourt in 1992. A satellite office in Greenville, South Carolina was opened eight years ago, to better serve BMW, which has its largest facility in the world located in that state.

When last profiled in Business in Focus magazine in April 2016, D&D had roughly seventy employees. The firm now employs eighty, including eight currently stationed at the South Carolina office. If all goes to plan and D&D keeps expanding, “we’ll probably break one hundred [staff] this year,” he adds.

D&D works from a preferred list of equipment manufacturers and wants to build lasting partnerships with its suppliers. At present, D&D acquires most of its robotics from FANUC, ABB, Kuka and Motoman. It uses controls from companies such as Rockwell and Siemens.

The Vision-Enabled Robotic Assembly or VERA cell, however, was developed out of D&D’s own research and launched in 2014. The proprietary VERA cell can do multiple duties normally given to several different robots or people in factory and industrial environments. As the product’s acronym suggests, vision sensors are a key element to the VERA design. Current VERA cells primarily do assembly work and automotive welding.

In early April, D&D unveiled the new VERA Feeder at ProMat, a trade show held in Chicago for the material handling sector. While traditional industrial feeders typically only handle a single part throughout their lifetime, the VERA Feeder can accommodate new parts with ease. The machine can be programmed to enable it to determine various part shapes and sizes while its vision system gives a comprehensive inspection for defects.

D&D initially thought the VERA Feeder and its variants would mostly appeal to the company’s core automotive clients. Somewhat to D&D’s surprise, potential clients from “markets we never imagined—aerospace, food and beverage, pharmaceutical” and even “major hardware stores” have expressed interest in the machines, says McCourt.

“Remember the old days. You would go into a hardware store if you needed some bolts. You’d go to the bins, and you’d put all the bolts in the bag, and you’d either count them or weigh them. If you pulled out a handful of quarter-inch nuts, you’d count out the ten you needed, then throw the rest back in any random bin. When you go to the hardware store today, you buy a bag with [nuts] in it already,” he says.

Retail hardware chains looking to sort parts into bags will be using a VERA machine for such purposes, says McCourt.

D&D is making a big push this year for the new VERA lineup. “We’re systems integrators at heart. We take everybody else’s products and make them work. We’ve never owned our own technology. So this is our big push—our own technology. This is going to be a major focus of the company moving forward,” states the D&D president. The VERA Feeder, Sorter and Counter are not D&D’s only new offerings, however.

For the past year or so, the company has been doing factory simulations with Siemens Plant Simulation software and Octopuz Robotic Programming and Simulation software. Through the use of such programs, D&D can create digital models that “simulate the factory environment so that [clients] can understand the net result” of proposed modernization plans, explains McCourt. So far, D&D has run computerized factory simulations for BMW and other clients.

The company is also piloting a proprietary mobile app that can display key performance indicators (KPIs) for factories. D&D hopes to release this app commercially in August.

Such new products and services epitomize D&D’s entrepreneurial, innovative spirit. A few years ago, D&D decided to officially kick-start innovation by opening a space in its head office called the ‘Shark Tank.’ In this space, employees could conduct independent research using computers, a 3D printer and other equipment.

“One of the things Shark Tank was supposed to do was to springboard the culture of innovation, and it did that in spades. We have spilled out of the Shark Tank, and now we’re doing innovation all over the place, which is what I wanted,” says McCourt.

The company holds roughly two innovation sessions each month “where we take an idea and peel it back to really understand the core question and then drive towards the best answer. Everyone gets a question, then immediately drives toward an answer; we want to truly understand the root of the question first,” says McCourt. The idea for the KPI app came out of an innovation session, with the help of a field team, he adds.

D&D’s culture of innovation has earned the company kudos. The firm made the list of Canada’s Top 100 Small and Medium Employers in both 2015 and 2016. This is an annual competition, the results of which are compiled in national Canadian newspaper The Globe and Mail. Companies are ranked on the basis of physical workplace, atmosphere at work, health, family and financial benefits, vacations, employee communication, performance management, skills and training development and involvement with the community.

As D&D grows, McCourt wants new hires with, “the ‘Yes We Can’ attitude. We look for team players. We look for someone who’s going to be on the team. A lot of our people are superstars, but they’re not lone wolf superstars; they’re team players first and foremost.”

McCourt does not want to move the company from Stratford, a popular cultural destination, famous for its theatre productions. The small city is also a burgeoning high-technology community, adds McCourt, with extensive WiFi coverage and is a place where autonomous cars are tested. The city’s appeal is helpful when customers come to visit.

“Stratford is a great place to have a business. When you’re entertaining clients, with this world-class theatre and the dining and nightlife that goes with that, it’s fantastic. Clients are blown away when they come to Stratford,” says McCourt.

Because D&D’s solutions sometimes involve robots with moving parts, it adheres to strict safety protocols and offers tips and procedures to customers on how to safely operate such systems. The company follows meticulous quality control guidelines.

“We start every project with what we call a PEP—a project execution plan. And one of the key components of that project execution plan is quality,” states McCourt. Right at the beginning of the project, the company determines various quality benchmarks and creates checks and balances “to make sure all these things happen,” he explains.

To promote itself, D&D exhibits at a variety of trade shows, extensively uses social media including Facebook and LinkedIn, has an engaging website and remains very active within the community, says McCourt.

One of D&D’s best-known community efforts centers on the TechKnow Robotics Camp it hosts in summertime for kids. “The camps are open for registration again this year and are selling out fast,” says McCourt.

D&D also does presentations at schools and is involved with Skills Canada, a non-profit group that encourages young people to develop an interest in skilled trades and technology.

McCourt says D&D’s biggest challenge at present “is just managing the growth. We don’t want reckless growth; we want controlled growth. Managing that growth in a responsible way is probably our biggest challenge.”

In five years, “I think we will open some new offices to service key clients, but our strategy is and always has been to have a strong central office. It allows us to take on large projects, and I think that’s where a lot of the real opportunities lie for us—taking on larger and larger projects because the projects in the automation field are becoming larger and larger,” says McCourt.

“Our purpose – inspiring others to do what they didn’t know they could do. Skills Canada and the TechKnow Robotics Camp, that’s what they are all about,” says McCourt. “Our strategy is all about creative innovation and intelligent solutions. That probably sums us up.” 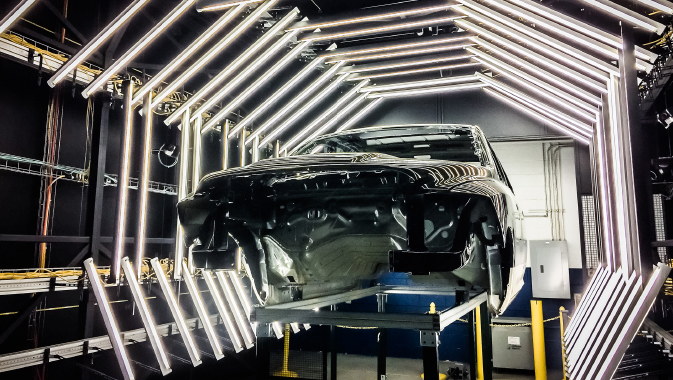