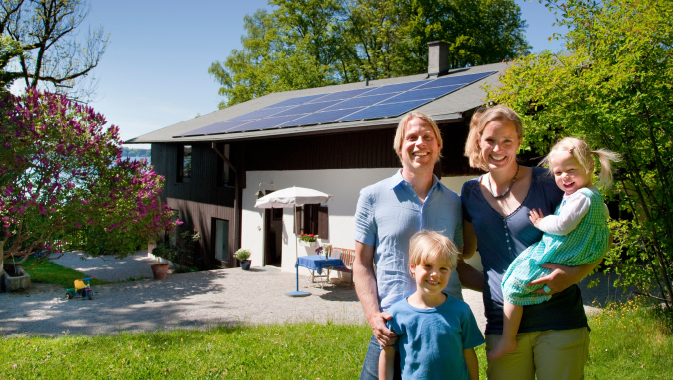 Last May, I spoke with Ontario’s largest solar provider, Grasshopper Solar of Mississauga. We discussed the residential market, the cost of solar and how the general public needs to be educated about the benefits of solar technologies. Now, we celebrate its tenth anniversary and look to President and Chief Executive Officer Azeem Qureshi for the latest developments in the solar industry and within the company itself.
~
Ten years in business is a significant milestone for Grasshopper Solar, and the company has a number of special offers to celebrate. The ten-year mark also coincides with the end of Ontario’s Feed-in Tariff (FIT) Program.

“We are at a crossroads and are redefining the company as we move forward into the new realm. There will be no more Feed-in Tariff program. Solar has been pushed into the market by the market drivers, as opposed to a policy with respect to a standardized offer program, so it’s going to be very interesting as solar needs to stand more and more on its own,” says Azeem.

The microFIT program for installations of fewer than forty solar panels was put in place by the Ontario provincial government to promote the generation of electricity from renewable sources. Many people are in favour of adopting clean energy like solar but are unable to afford to invest in a system. Ontario’s program helped with that.

“Every year, there is a digression in the feed-in tariff rates; the rate the government offers has lowered each year. When that happens, people have no incentive financially to participate in the program as it is not as lucrative. We will keep the numbers at the same rate as last year through some creative processes,” says Azeem.

Now that the government program is ending, Grasshopper has developed its own: the Grasshopper Guaranteed Funding Program.

The Guaranteed Funding Program offers up to $30,000 toward installing a solar power system to homeowners with a qualified roof. Grasshopper Solar pays for installing the system as well as its maintenance. It will hopefully enable more people to qualify for solar power and is a noteworthy change for the company this year.

The educational campaign taken on by Grasshopper has been difficult. People are still uninformed about solar power options, and some still believe that solar may decrease property values.

“We have to continue our efforts by tirelessly educating customers through different channels. Yvonne (Yvonne Villeneuve, marketing), has been championing that with various videos, and reaching out to a host of realtors, helping them to understand the value of solar,” says Azeem.

Ontario’s not-for-profit Municipal Property Assessment Corporation (MPAC) is an independent corporation that assesses the value of all properties in the province for tax purposes. MPAC will be examining all property transfers that have a Grasshopper solar energy system to see if the system affects property values. So far, about two hundred such properties have been sold.

“We rarely had a situation where the sale is incomplete or something happened as a result of solar. In fact, that never happened,” says Azeem.

MPAC’s current stance is that rooftop solar panels do not affect the assessed value of a property or its taxes. In the future, Grasshopper hopes that MPAC will see that solar adds a specific value to the property. It will take time to implement this as enough data and analysis must be performed.

“The short-term goal is with MPAC validating the fact that solar has a value. The impact of this is long-term because we are in twenty-year contracts,” says Azeem.

When we last spoke, the company was planning a solar program to be made available to commercial and industrial properties in which Grasshopper would own, install and maintain the infrastructure. Properties that sign up would see the benefits of solar power without any of the risks of investing in it. The project is now operational, and Grasshopper has been installing quite a few commercial projects. By the second quarter of 2018, there should be an estimated $250 million in operating assets, making this the largest project of its kind in Canada.

Throughout the summer, Grasshopper is preparing to go on the road with barbecues and parties to attract whole neighbourhoods and educate residents on the merits of solar power. The hope is to get mayors and city representatives invested in face to face conversations.

“It’s a very real thing we are doing. We are the largest residential company in Canada. We want to have real conversations and talk to people about their concerns. We want people to build a better life by helping them save money on their hydro bills. We are currently planning that road show,” says Azeem.

Grasshopper is actively looking to expand into the Northeastern U.S. as well as California, and Azeem believes that Grasshopper can bring a lot of value to these areas. The solar energy sales model is certainly going to change because now it will be financed via consumer credit rather than government incentives. There are no standard programs, but rather power purchase agreements (PPAs) and lease contracts between electricity sellers and buyers.

“The value of operating it from the engineering procurement construction (EPC), with asset management on the back end, will remain fairly consistent. But, the way we originate and develop projects will be different and somewhat of a logistical nightmare,” says Azeem.

The challenges may vary, but they have not increased. The main thing to note is that the market in the U.S. is significantly larger and energy prices are also higher than in Ontario. This translates into more motivation in particular areas to explore alternative energy options, with the expectation that the U.S. will move quickly on solar.

In the past year, there has been a substantial price drop in the cost of solar panels. “When we spoke last year, panels were going for seventy cents per watt. Today we are able to get a similar panel for forty-five cents per watt, which is about a thirty-five percent to forty percent decrease in pricing of the solar panels. It’s tremendous to see this happen,” says Azeem.

New policy is currently being discussed, especially in Ontario and the U.S., that should make solar more accessible. In fact, Azeem is in talks with the Ministry of Energy about what is known as community solar or virtual net metering. This involves generating electricity on commercial rooftops, near a community of people who can sign up for shares of solar power without the panels being mounted on their homes. Subscribers receive credits on their energy bills of the amount generated by their share of the installation.

“There is a lot of work going into crafting that policy, as it essentially allows anybody to participate and brings in economies of scale. This will further reduce the cost of solar with that policy construct,” says Azeem.

For the future of the industry, the community solar idea shows tremendous promise because many energy consumers who will be hardest hit by rising energy costs live in condominiums, smaller homes or townhomes, where solar power installation on the rooftops is not possible.

“By creating this construct with the community solar, that discrimination in the way that happens goes away. It’s a very important measure that the government needs to be looking at, and we need to be talking about as an industry. We want to try and bring this to fruition for everyone in Ontario,” says Azeem. 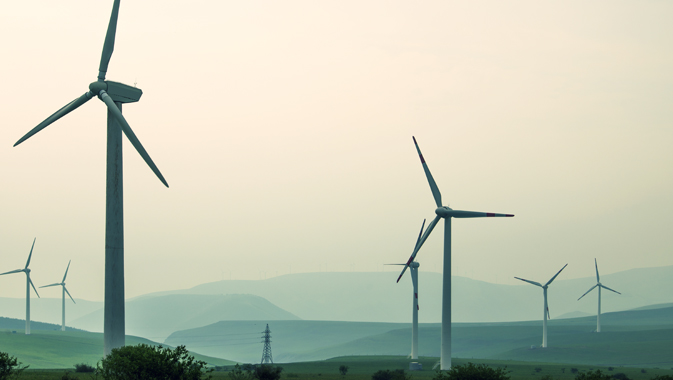