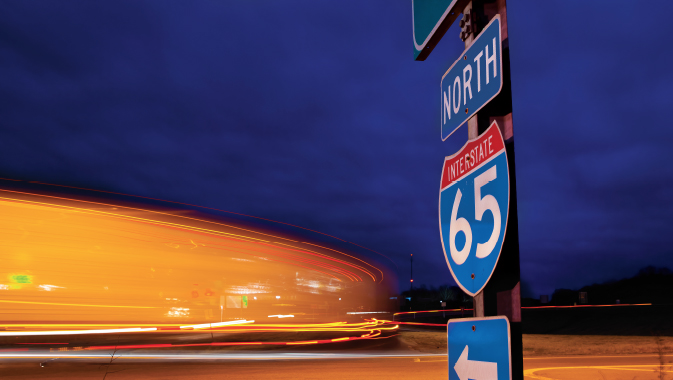 Maury County is located in Tennessee, approximately forty-five miles south of Nashville. It has a wide variety of landscapes, from the classic hills of Tennessee to farmlands, all with a rich history and an array of beautiful antebellum homes. But its wonderfully unique mixture of a suburban lifestyle with a rural feel is what makes it such a great place to live and do business.
~
A fun fact about Maury County (pronounced ‘Murray’) can be found in its name. While there are other counties named Murray, “to the best of our knowledge, we cannot locate another Maury County,” says Wil Evans, president of Maury County Chamber and Economic Alliance. “There may be one with another spelling, but there isn’t one with its name spelled that way.

“Maury County has a very suburban feel to it, with lots of large neighborhoods, national retail development, and all that comes with the population growth that it is experiencing,” says Evans. “Towards the most southern part of the county, literally mile by mile, continuous development can be seen.” Yet, in some parts of Maury County, there is still a very rural, small town feel.

It is close to the larger, suburban area of Nashville, but “it has a unique sense of place within a very growing area. Access to the major markets that come with Nashville, such as world-class entertainment and shopping, is all within an easy drive – afternoon or evening,” says Evans. “So, the quality of life that we offer in Maury County is very attractive while still being affordable.

“There are companies that want to locate in Nashville, but start looking at real estate and realize how costly it is,” says Evans. “So, our pitch is: ‘We are Nashville – just more affordable.’ You can get the large-scale sites that would be needed for manufacturing but at a much more reduced cost and still be within an hour of the Nashville International Airport. This is an advantage,” says Evans. “You can get whatever it is you want in Maury County.

“We consider ourselves the ‘Goldilocks county,’” says Evans. “When it comes to locating a large business, whether it is manufacturing or office service, we are ‘Nashville’. We offer the same amenities as Nashville, but we are at a much more affordable price point, and here, you’re not faced with the major traffic issues that you would be faced with in downtown Nashville,” he explains.

“There’s also a rich history in the entire county,” says Evans. “There were some major battles that occurred in this area around the Civil War, and that draws people who really enjoy history. We were a hub for transportation, for people moving out west and migrating to Texas. We were one of the last stops before the wild frontier – a place to stock up and get new livestock. And of Maury County’s three municipalities – Spring Hill, Mount Pleasant and Columbia – the county’s seat, Columbia was the actual home to President James K. Polk prior to him serving in the White House for a term,” says Evans.

“In the forties and fifties, phosphate was discovered in the area, especially in the southern part of the county,” says Evans. “It caused a boom, but that dried up. Then automotive came in the late eighties. And Saturn announced that they were going to build their manufacturing facility and headquarters here in Maury County. Today, it’s a General Motors facility – one of their largest facilities in the United States. So, automotive is still a big part of our economy, as is manufacturing,” he shares.

“There are over three thousand employees working in automotive,” says Evans. “Behind that, there is metal fabrication, business services, chemicals and plastics.” The Tennessee Farm Bureau is also headquartered in Maury County and one of its largest employers.

“During the last four or five years, we’ve seen a much faster rate of growth and number of employers locating to Maury County,” says Evans. “To put it in perspective, in 2011, the unemployment rate was in the double digits, and now it is down to a low of four percent. When you hit that level of unemployment, it’s harder to find people to work. So, that’s something we’re continuously working on. And the population growth that we are experiencing is helping by way of people moving here to work at these new jobs. But with that, comes new challenges such as transportation, infrastructure, education facilities and things like that. That is probably the biggest challenge that we’re facing right now.”

To overcome this, the county has focused a great deal of attention onto its education. Maury County is home to Columbia State Community College, the first community college in the state of Tennessee. “It has a fantastic department dedicated to working with our existing industries and identifying opportunities to train people in the workforce for the skills that our current employers need,” says Evans.

Maury County also has two campuses of Tennessee Center for Applied Technology (TCAT), which teaches field trades as well as industrial maintenance, computer numerical control (CNC) machining and more. “We actually have a combination of all of those in one location – in Spring Hill, at the Northfield Workforce Development and Conference Center,” says Evans. “There, Columbia State offers an Advanced Integrative and Industrial Technology (AiiT) program or mechatronics, and the TCAT offers industrial magnets and CNC as well as some other skills, such as automotive technician, et cetera,” he says.

“They will work with our existing employers to design custom programs that may be helpful for them or for the majority of employers in the community,” says Evans. “So, it’s kind of a one-stop-shop.

“At the earlier education level, we have really made some strides when thinking about our long-term workforce,” says Evans. “We brought in a new director of schools, and he introduced what is called the ‘seven keys to college’ and career readiness.

“It’s sort of a paradigm shift from trying to send every student to college – when that may not necessarily be the best path for a lot of students – to educating them for manufacturing and blue collar type jobs, which today, are not what they were perceived to be years ago,” says Evans. “Someone can come out of high school, or after a year or two of additional certification, and be an industrial maintenance technician or a welder and make more than most college graduates who have gone to school for four to six years – minus a substantial amount of debt.

“Some of our larger manufacturing employers are in the schools, really engaging our early workforce and growing that early on,” says Evans. “There are partnerships that exist – that start teaching some of those engineering and mechatronics programs to the students at an earlier age, in order to expose them to those opportunities so that they’ll know about them when they are thinking about what they might like their careers to be,” he explains.

“From simply a pure job-recruitment standpoint, since 2014, there have been fifteen different projects announced. That’s either expansions of existing industry or relocations of new industry or new businesses, and it equals over three thousand new jobs and over a billion dollars in new investments into the community.

“Last year, we were actually the number one county in the state for manufacturing job growth,” says Evans. “Our manufacturing jobs grew at 49.2 percent – the highest percentage in all ninety-five counties in the state of Tennessee. We were the fifth-fastest growing county, out of all those counties and also ranked number five for incoming investment.”

Maury County’s natural setting is also a popular attraction. “We’re home to Duck River – one of the most diverse rivers in the United States,” says Evans. “It’s not a large river. It’s not big enough for motorboats and skiing, but it’s a big draw for kayaking and non-motorized water sports. We also have a large mountain bike trail that draws people from across the southeast; there are some large races held there every year. And we also offer a great combination deal on trails and outdoor activities.”

Maury County is excited about its growth. And as it continues to grow at the same pace, if not a little faster, it aims to keep expanding its manufacturing base and creating more white-collar job opportunities. 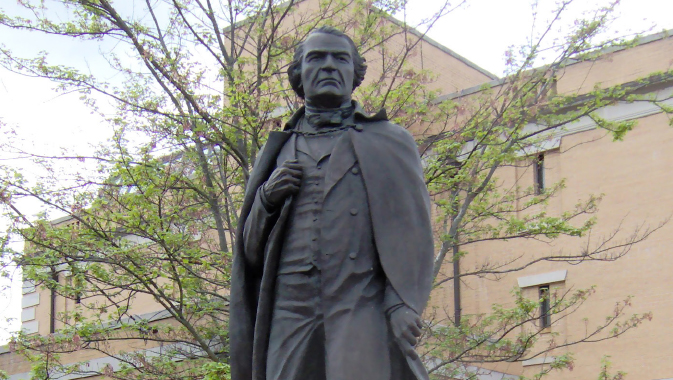