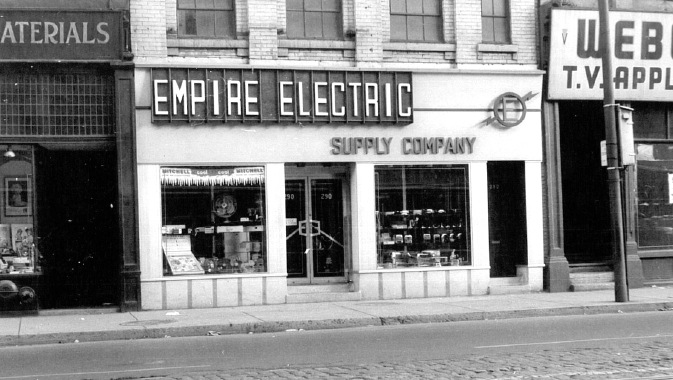 Franklin Empire is a family-owned electrical distributor that proudly marked its 75th anniversary this year. The firm sells electrical supplies and automation and control systems, has assembly and repair facilities, and conducts energy management studies among other services. The company is also the largest independent electrical distributor in Canada.
~
“We are the only electrical distributor with assembly and repair divisions,” says Cara Backman, Marketing Manager at Franklin Empire. “We have over ten different specialties as well as a strong reputation in lighting. Being a family business, we have unique relationships with our customers. We are quick to make decisions and changes to help our customers.”

Headquartered in Montreal, the company has several branches throughout Quebec and Ontario. In fact, Franklin Empire is opening its 22nd location, in Gatineau, Quebec, this summer.

“It’s very rare in business today to have such a rich history and still be a family-owned, independent distributor run by the same founding family,” notes Backman, herself part of the family that runs the company.

A breadth of expertise
About 55 percent of Franklin Empire’s sales are in the commercial and electrical contractor markets and 45 percent in the industrial market. The company sells thousands of products, from gearboxes to surge protectors, temperature controllers, timers, lighting, and more. About 30 percent of product sales are lighting related, 25 percent are controls and automation, and the rest comprises varied electrical products.

“We are the exclusive industrial distributor for Siemens Automation for all of Quebec and almost all of Ontario,” says Backman. “We are responsible for growing the Siemens market share. We have business developers, technical specialists and application engineers who advise the customer before the purchase and help with the technical implementation of their projects as well as ongoing support.”

The arrangement works like this: say a company expresses an interest in automating its manufacturing process. Franklin Empire will design an appropriate system for the company based around Siemens controls. The design is then given to integrators who then install the system in the client’s plant.

Franklin Empire also offers energy management services. The firm will perform an energy study at a customer’s factory or facility, offer solutions to reduce energy use, and guide the customer to available rebate programs.

Making best practices a priority
Safety and quality, of course, are key factors in Franklin Empire’s ongoing success. To this end, the company has been ISO 9001 certified since 1997, maintains a quality department and an intensive quality process, and is audited annually.

Franklin Empire joined AD in 1993, when the group opened its doors to Canadian companies. At present, the organization has more than 580 independent distributor members across 4,000 locations who generate more than $34 billion in revenues in total. Sectors represented by Affiliated Distributors include building materials, plumbing, HVAC and electrical.

“Our membership [in AD] gives us the buying power to compete against the nationals and the networking and best practices learned from fellow AD affiliates have proven to be invaluable,” says Backman.

A rich family history
Franklin Empire celebrated its 75th anniversary this year. The firm traces its roots to 1942 and the founding of a firm called Empire Electric. In 1992, Empire Electric merged with another company, called Franklin Electric (founded in 1946), to create the current entity, Franklin Empire. The company employs over 500 people at present.

As mentioned, Franklin Empire is a long-time family business. “The current owners, Cliff Backman and Bernie Backman are the third generation on the Empire (Backman) side and Robert Shapiro is second generation from the Franklin side. Bernie’s three children, Cara, Lisa and Les Backman are all in the business,” says Backman.

She outlines the expansion strategy that has guided the company: “Over the years, we have not grown and expanded to just grow. We have grown through acquisitions and opened new branches where it has made sense. Acquisitions have occurred where opportunities have come up that made sense strategically or with businesses that complemented our existing business… Many of our acquisitions have been related to the fact that we are the Exclusive Industrial Distributor (EID) for Siemens automation/industrial products.”

For example, in 2005 Franklin Empire acquired Capel, a small Siemens industrial distributor in Montreal. In 2012, the company purchased the assets of Electra Supply, which was the Siemens EID for Southwest Ontario at the time. One year later, a division of a firm named Ontor was purchased, giving Franklin Empire Siemens EID rights for the Greater Toronto Area, Mississauga/Brampton and Oakville/Hamilton/Niagara regions. The firm has also bought specialty distributors and assembly/repair shops such as Playford in 1987, Electro-Mecanik in 2000, DS Tech in 2011 and the process instrumentation division of Measuremax in 2014.

A positive workplace culture
Backman attributes Franklin Empire’s longevity to “our strong relationships with our supplier partners and with our customers. These relationships are based on planning, trust and working as a close team.”

The firm also has a “hands-on” management style that emphasizes initiative and open communication. “We are a relatively flat organization and our management team is empowered to make decisions. Our owners are involved in management meetings, planning sessions and speak to customers and employees on a daily basis. We have a very ‘open door’ culture here… Decisions are taken relatively quickly and this allows us to be very flexible to our customers’ and suppliers’ needs,” states Backman.

The family ownership aspect of the company is reflected in its values. “Family values are promoted at Franklin Empire. We have created a culture of ‘family’ with our employees,” Backman shares. “There is a strong sense of belonging and pride, working here, and we have an above average staff retention rate. We have had employees retire who had been with the company for over 50 years… 2017 is our 75th anniversary!”

As for new employees, she explains that, “Qualifications depends on the job position. Typically we look for industry experience or education in a related field. We look for motivated people who want to build a career, learn and grow with us. We like to hire within when possible and have many employees who have started in the warehouse and have moved up to sales and even management levels. We offer training through mentor programs within our company, lunch and learn product training and industry-related courses through Electro-Federation Canada, our suppliers, or offered through the industry. As well, we bring courses into Franklin Empire related to sales, customer service and computer skills.”

When it comes to suppliers, “We look for a partner – a manufacturer with quality product and competitive pricing who is preferably a member of Affiliated Distributors. Most importantly, our suppliers recognize our channel to market as the most cost-effective and also believe in selective distribution. A strong supplier partner will plan and execute plans with our teams across Quebec and Ontario. They will work with our sales team to develop and support our customers, do joint calls with us and visit our branches regularly. We also expect high levels of customer service, delivery, and project support. Every year we give the Franklin Empire supplier of the year award to a supplier who scores best on these attributes,” states Backman.

The company itself has also been recognized by the industry. President Bob Shapiro was the recipient of Electro-Federation Canada’s Industry Recognition Award (IRA) for the year 2016, and the owners of the firm have a tradition of industry involvement, participating in industry associations, boards and committees.

Looking ahead
While the company has no plans to purchase more businesses at the present time, “you never know what opportunities may present themselves,” Backman states.

Franklin Empire maintains a website, a social media presence, and attends trade shows and industry events, but also promotes itself “through our sales force – developing relationships with new and existing customers.” Franklin Empire has several National Account Contracts where it ships coast to coast, but a physical presence only in Quebec and Ontario, and the firm wants to keep things that way.

“We don’t have plans to expand to new provinces or the U.S.,” says Backman. “We are opening another branch in Gatineau in summer 2017. Our focus is to be the best and strongest we can be and take market share in the provinces that we currently operate in (Quebec and Ontario).”

The company is currently creating an e-commerce and e-services platform for release in the near future. The aim is to simplify purchasing and internal processes, and expand current product and service offerings. With an eye toward the future and a rich history built on relationships and quality, Franklin Empire has certainly hit upon a winning formula for long-term success. 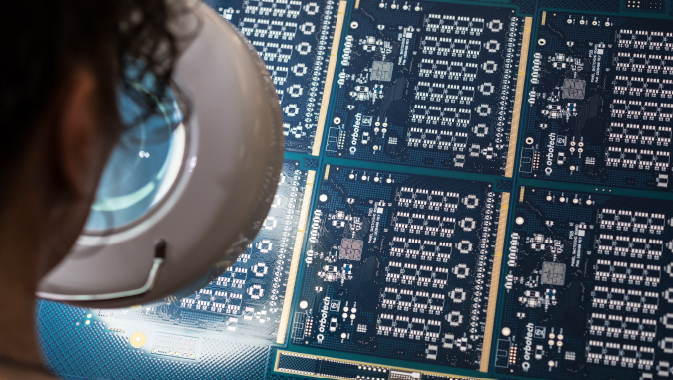