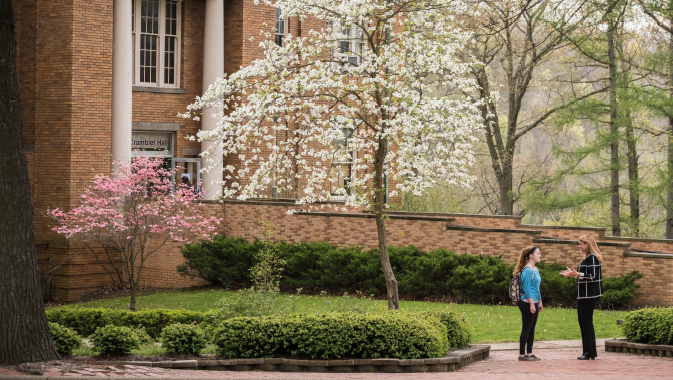 There is always some debate over where the oldest private college in the state of West Virginia is. There are plenty of stories about very old elementary schools that morphed into state teachers colleges, but Bethany College is the only private college that has continually been a college in the state. Since 1840, Bethany College has been a highly contemporary institution based in the tradition of the liberal arts.
~
Bethany College’s founder, Alexander Campbell, was instrumental in the founding of several other colleges across the country including Texas Christian University, Rice University, and many others. He was deeply moved by the liberal arts education movements of the nineteenth century, and he was a great fan of Thomas Jefferson as well as the University of Virginia. All of these inspirations were combined into a college that was founded as part of a movement to educate people so that they could make a difference in the world around them.

Alexander Campbell was a minister who also founded the Disciples of Christ in the nineteenth century. This was the largest indigenous religious movement in America. “He was concerned about questions of religion and value, but his questions about religion were always framed in the context of the Enlightenment and reason. He thought reason and religion could live together very nicely, and they have done that here for 177 years,” says Dr. Larry Grimes, Vice President for Academic Affairs and Dean of Faculty.

The school’s purpose was to liberate the minds of students, to help them get rid of prejudices and narrow-mindedness, to open them up to the world around them and to make them into curious, lifelong learners. He also insisted that an ivory tower education was no good, and that students had to learn more than the philosophy and theory of things. They had to learn how to go out and do something with their knowledge, possibly creating a difference for fellow human beings.

Another point that Alexander Campbell was very emphatic about in his writings were making sure that education made students useful to themselves and useful to others, and he would have also added useful to God.

Since those days, Bethany College has not drifted very far from its core principles. It continues to strive for the heart of its educational program to be centered on liberating students from their prejudices and encouraging personal growth. Like any college, it is interested in transferring information to students, but that is not the primary purpose of Bethany College; the main goal is transformation rather than information.

The college aims to make sure that young people are listened to when they arrive, make sure they listen to themselves and ensure that when they leave, they are far different than when they started. Students discover more talents than they realized they had and also learn some of their limits and where they need to improve.

Many of the students are first generation at Bethany College, and they come without any clear notions of what college is and without much of a background. “Bethany College is not the hardest college to get into, but it is one of the hardest colleges in the country to get out of,” says Dr. Grimes. He is speaking about the senior comprehensive exams, where seniors sit for an eight-hour written examination in their major followed by a one-hour oral examination. If students fail either of these components, they do not graduate.

For many students, this experience may seem daunting, but Dr. Grimes explains that most do appreciate the lesson once they are on the other side of it. At first, no one likes the idea, but once it is completed, it gives confidence. It is also excellent preparation for graduate school. Students arrive with all four of their undergraduate years at their fingertips since they have just reviewed everything, while others have taken courses and most likely forgotten much of the information.

It is the same situation if the student is going straight into the workforce, those courses that were taken as sophomores are still useful for them because they have been recently reviewed. The oral examination is also great preparation for job interviews.

Bethany is an intentionally small college, never having more than 1,000 full time students in its 177 year history. When it comes to demographics, the largest number of students comes from the tri-state area of Ohio, Pennsylvania, and West Virginia. The next largest group comes from Maryland, Delaware, District of Columbia and the Northern Virginia area. The students are mainly Appalachian in their heritage. College is a new kind of experience for them, and they do come with some prejudices, which they do a good job of putting aside. Bethany also has a very diverse student body, which one might not expect of a rural location in West Virginia. About 40 percent of the students are African American.

One of the things about being such a small school in a rural area is that the fun and excitement has to come from within the school. This causes students to be very active and engage more in the college life than other students in larger cities, according to Dr. Grimes. “A student in a larger city finds many other things to do; a student here thinks there is nothing to do, and so they start creating things.”

There are a high number of clubs which are run by students with the freedom to create what they want. The variety of different clubs gives an opportunity for every student to get involved. Whether it is with the outdoor club, the multicultural club, the black student alliance or the LGBTQ group, there is something for everyone. Many of these clubs engage in travel provided by the school budget dedicated to their activities; some trips are based on education and others are based on service. The Greek life at Bethany has been strong for decades; about 40 percent of the students are involved in fraternities or sororities.

There are many athletes at the college, and depending on the year, about 60 to 70 percent of the students participate in a varsity sport. Bethany College is a NCAA Division III school, which means that athletic scholarships are not given out. However, students who enjoyed sports in high school are likely to have the opportunity to engage at a varsity level at a small school like Bethany.

There is a wide range of sports, and Dr. Grimes thinks this year’s top sport may have been volleyball as they went on to win the Presidents’ Athletic Conference’s Championship. The school mascot is Boomer the Bison, and the college would love to get a live bison one day.

The largest area of study in the college is Psychology. Communication and Media Arts is the second largest major and other popular majors are Education, Biology, Business and Physical and Computational Science, which is a collection of chemistry, math and computer science.

Bethany College is known for its nurturing way of guiding students to change, and it has turned out some interesting transformations in the process. Historically, the Communication Department has produced notable journalists. Bob Orr, who was a Washington correspondent for CBS retired last year, and Faith Daniels, who was formerly the host of The Today Show, both attended Bethany.

The Theatre Department also produced some notable alumni like Frances McDormand, an Academy Award winning actress who starred in Fargo. In addition, graduates of Bethany have gone on to excel at the corporate level. Alumnus Bob McCann is the Chairman of UBS America, UBS Financial Services, Inc., and he previously served as a top executive at Merrill Lynch. In the English Department, James Schuyler won a Pulitzer Prize for poetry. For such a small school, it has produced some fairly big names.

The campus ministry is a unique aspect of Bethany College. It has recently created a position called the Dean of the Chapel, which entails working with the local Disciples church. The person with this post will be the pastor of the local church and will be chaplain to the college working on an inter-faith program. A portion of the church will be set aside as an inter-faith chapel, welcoming all religions.

The main building on the campus, Old Main, is a very special one. It is on the national historic register and has been cited in architectural magazines as perhaps one of the four or five purest examples of American Gothic college architecture around. It is a college that looks like what people expect a college to look like. When driving through the main gates after coming up the mountain to the main building, it is quite spectacular.

Periodically, newer buildings have to be built when the older ones get too hard to repurpose. The wonderful Old Main building is fine for regular classrooms, but the way it is built with big stone walls does not allow for easy wiring that is required for other classes. This has led to plans for a few additions. The dining facility is receiving extensive renovations this summer, a study to enhance and renovate the science building will begin this July, as well as a significant enlargement of the field house in coming months for athletics because of the high participation rate in sports.

Another new thing for Bethany College, in this past year, has been the development of new majors: Cybersecurity, Cybersecurity – Information Assurance, and International Business. The courses will begin in the fall 2017 semester. Another recent accomplishment for the school is the birth of an Honors Program, a program reserved for the most elite students.

The faculty is always there to help, support and nurture the students, but the Freshman First-Year Experience is especially important since there is a focus on teaching students how to acquire the right skills, attitudes, and perceptions to help them do well. The First-Year Experience starts with an orientation called “Camp Bell” that takes about four days. The camp helps students begin to see what they can do with a liberal arts education. This establishes a good mentoring relationship with a member of the faculty, which is continued throughout the second semester with weekly one-hour updates about adjusting to college life.

This fun, active, tight-knit, involved community of people works to acquire the best-rounded education available from the freshman year to the senior capstone experience. Bethany College is a distinct college that helps transform people and their lives. It is excited about providing an education that takes someone as they are and transforms them into something bigger and better than they could have imagined themselves to be. 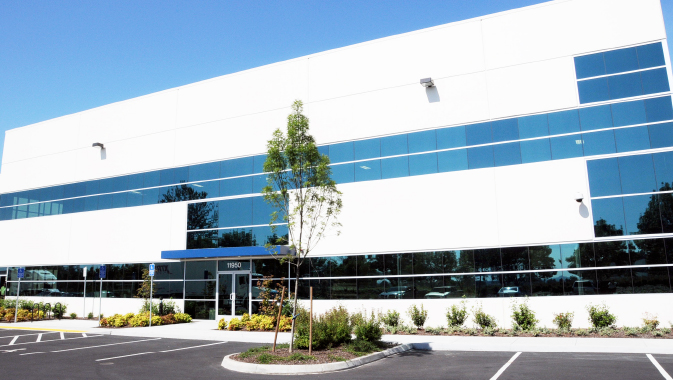