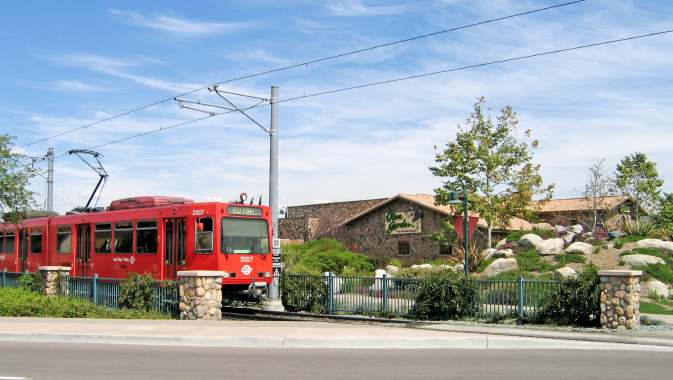 The city of Santee was an unincorporated portion of the San Diego county until 1980 when it incorporated and created its own system of government: a council with five members. At first, it did not have a standalone mayor. The mayor was chosen by the council to lead for approximately one year. In the first three years, there were three different mayors until 1984, when Mayor Jon Minto was the first to be elected at large.
~
The mayor presides over the council and works with the city manager and staff to develop strategies for running the city, and this includes economic development with which Jon Minto enjoys being involved. The city manager is responsible for implementing the policies of the city council in making Santee a better community, and the city pushes for positive economic development growth.

There are many opportunities right now, and there is a focus on having a good rapport with the council and the staff to produce a coordinated message for the commercial and industrial community. The mayor and the city manager also often work with the senior economic development coordinator who handles business recruitment, business retention, workforce development and all that goes into making a community economically sustainable

Before the city was incorporated, it was a rural area that was affected by its larger neighbor, the city of San Diego. It decided that it wanted more self-rule, and set about determining what the citizens wanted the city of Santee to be. The citizens asked for new housing and new business but wanted to keep an identity separate from San Diego.

Over the years, the city of Santee has grown to its current population of 56,700 and continues to have a good balanced growth of 4.7% in the last five years. The city it is one of the only communities in that state of California that has a river running through the middle of it, and the economic development team has taken good advantage of that with trails on either side of the river.

The city has a very healthy, active community, and because of that, it works hard to keep this an attractive community. It has grown from an agrarian base with dairy cattle to a well-balanced community with superb industrial opportunities ranging from machining shops to high-end biomedical shops and retail centers. The community has many opportunities for new companies.

One strategic goal for the city of Santee is to brand itself in the next year, and there will be some changes shortly. The economic development group has decided that it wants more people to be able to live and work in the same place, instead of commuting out of the city, which is pretty common right now. More businesses are needed, but the city is looking for sustainable wage businesses so that people can afford to live in the town.

The real estate market in Santee is relatively fast-paced. There is an average of four to eight homes turning over every thirty days, and there is a very low amount of real estate that is available, which is what tends to drive the market up. The median income in Santee is the seventh highest in the San Diego County, at 76,000 dollars a year.

Two leaders in Santee recreation are the Santee Lakes and Sportsplex USA. The Santee Lakes are owned by the municipal water district known as Padre Dam, and they draw around 670,000 visitors a year. The pristine lakes are a key attraction for many new residents and tourists to Santee. There are seven lakes total that were created in 1960, and they are the first manmade lakes with free claimed water. Today it is one of the premier recreational vehicle (RV) campgrounds in the Western United States and is listed in a number of RV magazines as one of the top places people can stay in an RV.

The Sportsplex USA is a sporting event for travel leagues that draws about 300,000 visitors a year to its soccer fields and baseball fields. International teams come to compete because it is of the best-engineered sports facilities in the region. Unfortunately, the city does not have enough of a hotel industry to sustain all of its visitors, and many people have to stay outside of the city. A main focus for the economic development team recently has been bringing in hotels, theatres, restaurants and other amenities to sustain future growth.

An aspect of Santee that is appealing for new businesses is how business-friendly the community is. Businesses do not want to have to jump through hoops and pay unpredictable impact fees when starting up in a new place. The city of Santee is known for being aggressive in the way it handles the process, with different formulas for paying impact fees that are far more flexible.

The mayor, Jon Minto gave an example of flexibility within the municipality, “There was a business that required a conditional use permit, which was denied. However, since impact fees had already been paid, the city chose to allow the business to find another location and applied the impact fees to that location instead.”

There has been a private Christian college in Santee for the past four years, and it has continually been growing. The senior living complex in Santee is also growing rapidly; when it is fully completed, it should hold 579 individual homes. It is an aggregate care facility ranging from a retirement community to skilled nursing and memory care. This will be one of the largest employers in Santee when the project is finished.

The fast food chain Sonic chose the city of Santee, and the city is the perfect place for a business to make an entry into the San Diego County market. The city is also looking for more sit-down type restaurants to round out the food options available to residents and tourists.

Santee is home to a world-class golf course, Carlton Oaks Golf Club, which is one of the few Pete Dye designed golf courses still around today. It is not the easiest course around, to say the least.

New businesses have already begun plans to open up in Santee, and the city is actively pursuing plans for the development of a theatre and a hotel, and there is also a major brewery headquarters project that is getting started called the Karl Strauss Brewing Company. It is approved for a 112,000-square-foot headquarters facility that will carry the craft brewery operations, the tasting room, a restaurant and an event center. It will be located downtown near the trolley, directly adjacent to the planned theatre. This venture will be good for employment opportunities as well as revenue for the city of Santee.

The city also has an exciting opportunity with a new medical building that is going through the permit process. It is looking forward to providing medical services to its residents there, and since it is such a large project, there should be a good base of doctors and nurses to employ as well. Other large employers in the city are the local school district and the Padre Dam Municipal Water District.

Another area that requires some growth in the city of Santee is the housing sector; there are not a lot of vacant units. There are a couple of housing projects that have been discussed recently, and the city will be moving forward on those very quickly. It is important for new employees in the area to have a home in the city.

The economic development council has been working on a project for the past twenty-five years called the Connectory. It is going through a renaissance after receiving six hundred thousand dollars worth of grants from the federal government to create an automated information gathering system for all businesses within the east county. This will enable businesses and governments to find what they are looking for more easily.

The central location of Santee is quite convenient. As the local newspaper says, “All roads lead to Santee.” Thanks to the freeways, the city of Santee is accessible from any other city in the county within twenty minutes.

There is a trolley system in the city that terminates at a multi-modal hub which provides taxis and busses. It also connects to downtown San Diego, the convention center, the San Diego State University, Qualcomm Stadium and shopping centers. The trolley goes almost everywhere in San Diego County and is continuing to expand. Santee has the best of both worlds; a visitor could hop the trolley and go for lunch in San Diego and be back in Santee soon after, strolling down the lakes.

The mayor of Santee sums up the work done by the economic development team as, “a very comprehensive, planned organization that focuses on small business, large business and community outreach.”

Santee is a healthy, family-oriented community. It holds free concerts once a week in the downtown central park that are family friendly and a variety of other family-based community events. Residents feel safe in the city since it has such low crime rate. Street fairs are popular in the community, sometimes bringing in over fifty thousand, and there is also an annual car show that is a high-class gala. It is a great place to open a business, start a family or just to visit for a unique vacation. 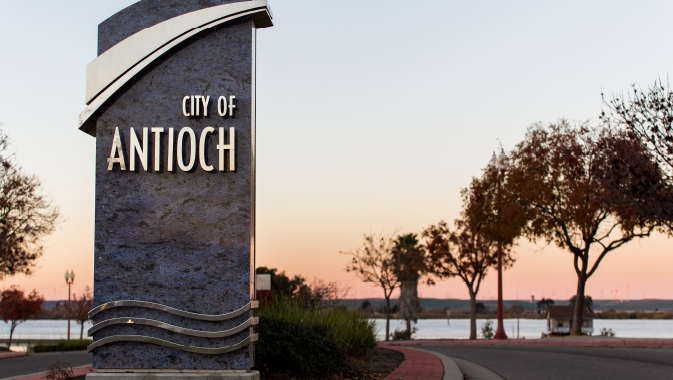