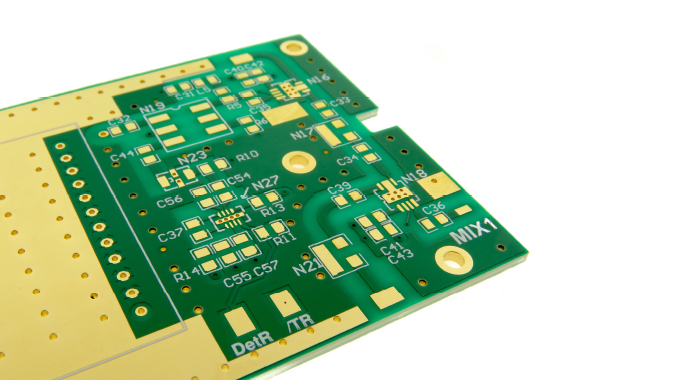 Epec Engineered Technologies has a long history of innovation and a bright future that is illuminated by endless potential. As the oldest supplier and manufacturer of printed circuit boards in North America, its endurance is due in large part to its strategic growth plan, market and product diversification and its consistent investment in its processes and capabilities.
~
Adaptability has also been characteristic of Epec Engineered Technologies. Though the company has changed throughout the decades, one thing has remained the same: its customer-centric approach which spurs invention.

The Epec Engineered Technologies story began in 1952 when Electralab merged with Printed Electronics Corporation to become Electralab Printed Electronics Corp. The company is now not only a leading manufacturer of printed circuit boards but has long pioneered new engineering ideas in the industry. As it celebrates its sixty-fifth anniversary, the company dominates the electronics world with its custom battery pack, user interface products and electronic fans and motors.

“The last ten years have really been about focusing on innovation, but when printed circuit boards became a commodity back in the early 2000s, rather than continue down that road, we moved into other products that were printed circuit board based and through innovation, whether its new products in our fans and motor business or it’s developing a world-class battery pack solution,” explained Chief Executive Officer Ed McMahon.

Epec Engineered Technologies used to make products in high volumes, but has since shifted to small to medium runs of higher technology applications. It has found its niche in the medical, military and industrial instrumentation sectors by providing great value at a competitive price.

New products must be commercially marketable and accessible by consumers. “We need to be at a very low price point to make the technology available to more people,” McMahon acknowledged. “So, we do the design work here; we do all the prototyping here, and when we do the production of 50,000 piece lots, it’s being manufactured in Asia to be at that cost point.”

The company also has an international footprint since its flex and rigid flex printed circuit board design takes place in Toronto, Ontario, Canada; its fan motor development and design in Merthyr Tydfil, Wales, UK; and its logistics and supply chain management center in Shenzhen, China.

“There was a large merger of two large companies in Denver and we were able to gain some really good people when that happened,” recounted McMahon. “Our manufacturing facility is in Largo, Florida, and it’s a great place to get production workforce, but one of the things we struggled with, even though there is a university right there, is being able to get engineering talent.”

“What we decided to do was open up a small office near the university. We realized that you don’t have to be in one of our buildings to do this job if we’ve got good enough processes, so we’ve started to recruit by saying, we just want the best person, and we’ll make it work wherever they are geographically, as long as we can find the person that has the skills that are going to help build the business.”

All of Epec Engineered Technologies’ printed circuit board or cable assembly inspectors are certified by IPC, the worldwide electronics assembly and circuit board trade association. Stringent testing and inspection protocols take place at each stage of the manufacturing process. Products are compliant with UL94V-0, ISO 9001:2008 (soon to be certified to 2015 standards), AS9100C, and ITAR certifications as well as conflict mineral policy.

“We’re working on one project right now for a customer who makes seating for private aviation aircraft. The main reason they came to us is because our facility in Largo, Florida is Navy flight hardware certified,” explained McMahon.

He cited an example of a Department of Energy regulation that will require all commercial refrigeration equipment to run at a certain level of efficiency by May of this year, and Epec Engineered Technologies is prepared to take advantage of this market with its electronically controlled motors. “We are the only motor in many applications that will allow the customer to meet those requirements,” he proudly stated.

Epec Engineered Technologies performs world-class electronics equipment design, engineering and manufacturing solutions for a range of markets. Its components are found in medical devices, testing and measurement equipment, military and aerospace electronics, portable and consumer electronics, as well as industrial and automotive applications. Despite the cyclical volatility that is characteristic of some of the industry segments served, the company has made strategic moves to mitigate risk.

McMahon described Epec Engineered Technologies as “an extension of our customers’ engineering and manufacturing,” that helps them design and produce customized products they need. “We’re more of an engineering and design company that also has production facilities and that’s the real difference between us and a lot of our competitors; we really focus on the front end.”

Regardless of the time associated with product development, Epec Engineered Technologies has proven itself as the most efficient, responsive, accurate and timely engineer and manufacturer of custom products. The responsiveness allows its customers to bring their products to market faster.

“Many companies take three to four times the amount of time that we do to do the same thing,” said McMahon. Epec can expedite complex processes that have little to no margin for error.

“One of the things that we pride ourselves on is being able to move quicker than anybody else and help our customers get to market faster, and the only way we are able to do that is to have the engineering and manufacturing resources in-house.”

“We made the conscious decision five years ago to focus on things like high-tech quick turns, extreme copper and other projects that there was more value-add required.” McMahon. “Many of the products that we’re building now in the multi-layer and the flex circuit side, once we get designed in with a customer, we really don’t ever lose them, because it’s a huge risk for them – a major move – so we focused on things like that, and it’s really paid off for us here in 2017.”

Whether it is a project for the military that involves developing a sophisticated, mobile battery-operated, warming medical device for intravenous fluids or human tracking devices, there is no shortage of impressive new technological applications.

Epec Engineered Technologies is one of the fastest-growing companies in the electronics sector. This is due to its ongoing investment in its people, equipment, technology and processes that enable it to support its customers’ supply chains.

It has the best elements of a manufacturer, distributor and logistics services, as well as extra services and value-added offerings that are unmatched. This specialized expertise and service helps to accelerate growth for both the company and its customers.

There is a culture of ‘yes first’ that is part of the company’s commitment to creating solutions for its customers’ diverse needs. Whether it is the expertise of its engineering department or its highly dedicated team of global professionals, it is the company’s people who drive success and uphold its reputation for quality and customer satisfaction.

“When I first acquired the company, we were solely a printed circuit board manufacturer, and the role of the employees was much different. The employee’s job was to come in and be a production asset and move products from one step to the next, and that has really changed a lot over the last twelve years,” said McMahon.

“The employees are really the lifeblood of the business. Our business is about being able to solve customer problems, and working as far into the design as we are, the customers in many instances know very little on the subject and rely on us to know everything. So, that means we have to have some really talented people with a lot of experience to be able to service those customers.”

“We’re trying to build a culture where everybody gets to work on something meaningful at a very early stage of their career. We want to put them right in the middle of some really exciting things,” McMahon said.

At Epec Engineered Technologies, the needs of the customer are listened to, understood and are informing the future direction of the company. The path forward includes the formation of an e-commerce platform and other process improvements. With new products under development and new acquisitions in the works, the company is well on its way to achieving its goal of becoming a $100 million company. 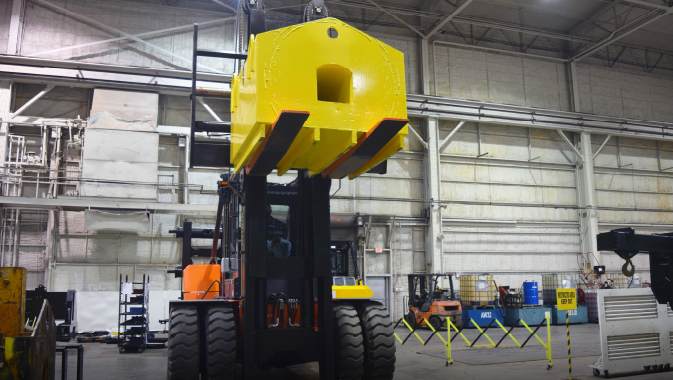